Besiktas stop their own fans from attending Allianz Arena

Besiktas will face Bayern Munich at the Allianz Arena with no away fans to cheer them on after the Turkish club refused to sell tickets to supporters.

The Superlig outfit took the decision not to put away tickets on sale to their own following due to the threat of a two-year ban from all European competition looming over them.

They were handed a suspended ban last season following clashes between their Besiktas and Lyon fans in the Europa League, and president Fikret Orman, desperate to avoid a repeat of the ugly scenes, has taken the drastic decision to return tickets.

As a result Bayern have opted to sell tickets in the away sections to home supporters, and are hopeful the game could still be a sell out.

According to SB Nation, fears have been raised over the possibility of Besiktas fans gaining entry through resale tickets, with the Bundesliga club warning that ‘strict control measures’ will be in place to detect any tickets that have been sold on.

The announcement has led to fears over possible racial profiling for supporters on Tuesday as stewards look to prevent would-be Besiktas fans from infiltrating the ground. 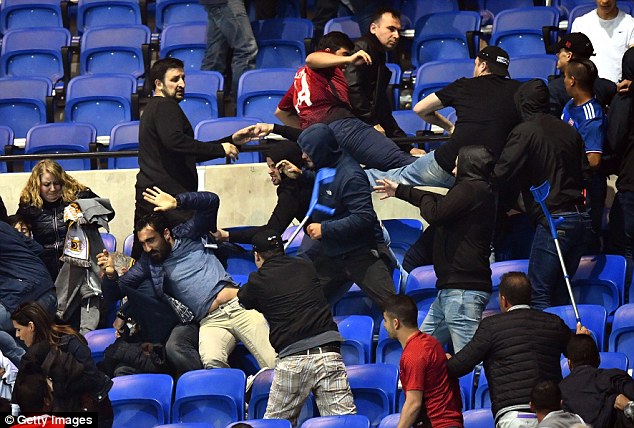 However, security insist ‘only Besiktas fans or fans in Besiktas colours will be denied entry.’

The pair meet at the Allianz Arena on Tuesday evening for the first leg of their last016 tie.

The second-leg will be hosted at the Vodafone Arena next month.