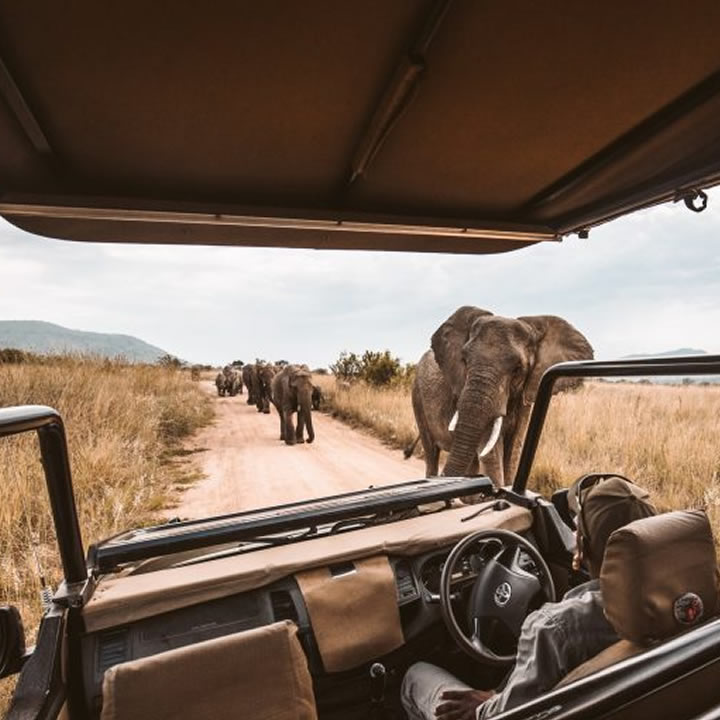 Would you like to go on a safari in Tanzania? East Africa’s most peaceful country is one of the best destinations for big-game safaris.

Tanzania always has been held to stature as the “land of safaris” branded as the “land of Kilimanjaro, Zanzibar, and the Serengeti”. An adventure to Tanzania is a perfect selection among the other nations.

A safari in Tanzania is an everlasting experience that will take you through the African wild, white sandy beaches, the African mountains, and amazing cultural experiences with the local people.

Tanzania is home to 21 national parks that protect incredible wildlife, unique landscapes, seascapes, beaches, etc.  The country has big-name parks that are visited all year round.

Tanzania’s national parks make the country’s tourism so spectacular that the country ranks among the top five countries to visit for an African safari.

Whether you are looking for luxury safaris in Tanzania or would like to go camping the following destinations will make your journey active and rewarding.

Below are the best five ranking national parks to consider for tourists going on safari in Tanzania.

Serengeti is Tanzania’s most popular national park. In the north of Tanzania is Serengeti, the park best known for the great wildebeest migration. Each year over six million hooves pound the legendary Serengeti’s endless plains to bring alive the world’s greatest wildlife spectacle!

This relatively small national park adjoins the Masai Mara National Park. The park holds incredible wildlife and it is one of the best places that do not miss on the adventurer’s bucket list.

Serengeti National Park ranks best among Africa’s protected areas for hosting the annual wild dramatic show of the great wildebeest migration where these animals in a combination with other species assemble in one accord for an exodus in searching for fresh survival (pasture and water).

The sure eye catches at Serengeti include wildebeest, zebras, lions, buffalos, elephants, giraffes, leopards, and cheetahs.

For those looking for leopards and lions, this is Tanzania’s first and foremost destination to visit. A park is also a hiding place for the endangered black rhino as well as a breeding ground for cheetahs!

Without a doubt, Mount Kilimanjaro National Park is among the top five Tanzania national parks and it has always been an amazing choice for many travelers.

A trek to Kilimanjaro positions you to Africa’s highest point of about 5896m at Uhuru peak and reaching this peak can take a maximum of 5 days. The highest trekking trail has always been the Marangu route. 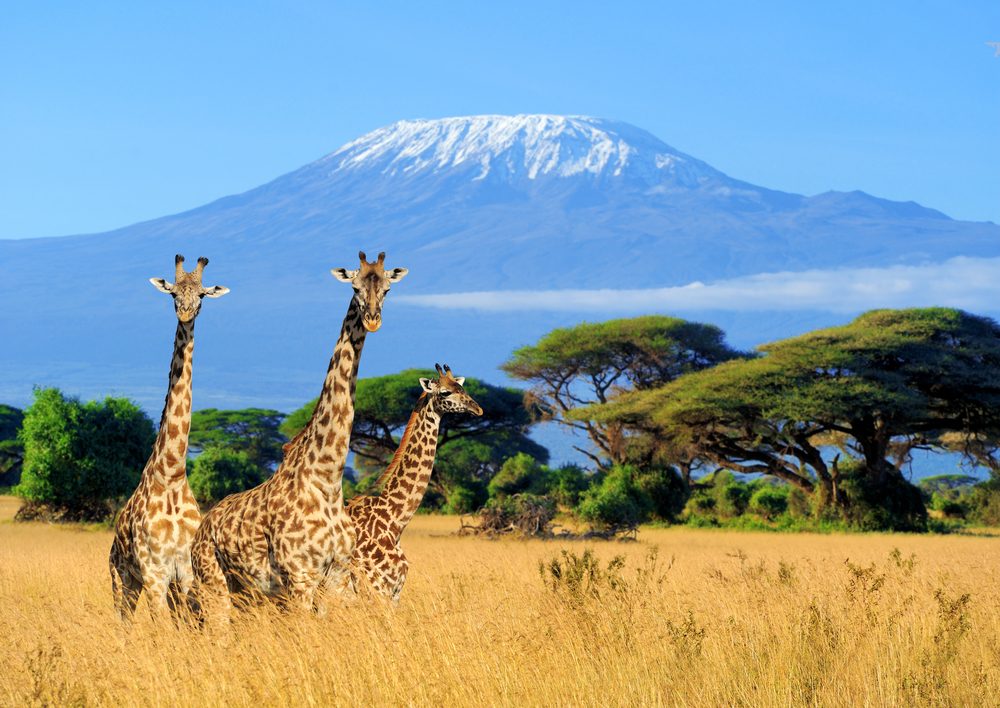 Mount Kilimanjaro is Africa’s highest mountain peak of all seasons. Wildlife encounters are another thrilling consideration of the park. Animals that can be seen within the park include buffalos, elephants, leopards, and several antelope species.

Ngorongoro is another world-class national park that boasts the finest blend of landscapes, wildlife, people, and archaeological sites. Often called the Eden of Africa, Ngorongoro is a thrilling park that is often visited by safari-goers.

Located in the northern section of the country, the eighth wonder of the world is formed of unbroken craters but not a lake. 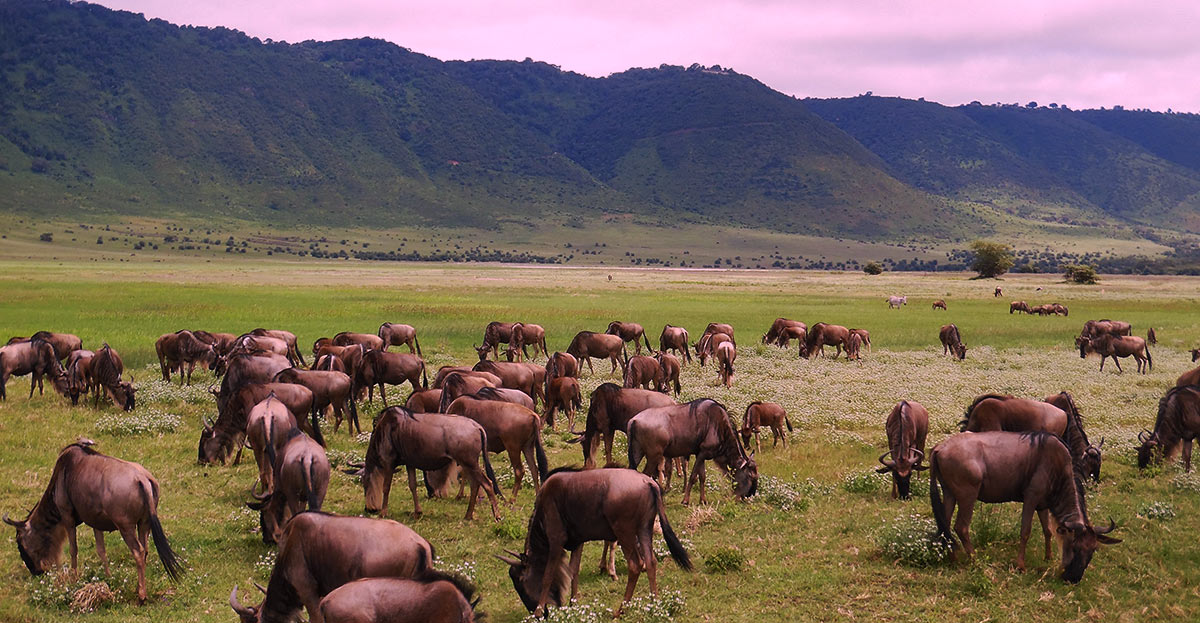 The area is a bisect of the mighty Serengeti and holds a rich basket of wildlife branding in East Africa.

On a safari through the savanna grasslands of the Ngorongoro Crater expect to watch incredible wildlife that includes wildebeests, zebras, buffalos, elephants, giraffes, antelopes, leopards, lions among many encounters.

The crater alone has over 20,000 large animals including some of Tanzania’s last remaining black rhinos.

Tucked below the majesty of the Rift valley, Lake Manyara National Park is one of Tanzania’s smallest protected areas. It is well-positioned in the western part of the country where its extension is shortened by the rift valley escapement.

It consists of a thin green band of forest and its surprisingly varied vegetation supports a wealth of wildlife! The Acacia woodlands shelter the park’s famous tree-climbing lions.

Though it is not so rich in wildlife compared to its counterparts in the northern parts, Lake Manyara National Park holds a portion of uniqueness, particularly birds that include thousands of Red-billed Quelea, flamingos, and cormorants, and more. 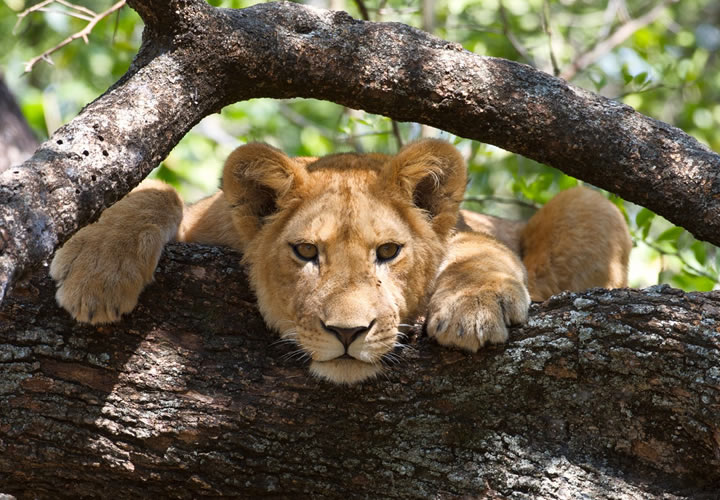 During the rainy season, the park’s small Lake Manyara hosts a number of colorful scenic flamingos.

Major animals to see in the park include tree-climbing lions, hippos, hyenas, leopards, crocodiles, and lions among other wildlife.

The Nyerere National Park covers an area of 48,000sqkm occupying almost 5% of the land in Tanzania. This is among the now trending adventure destinations in the country and the region at large. 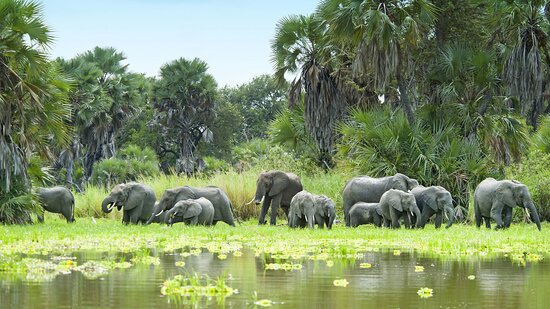 The park is a habitat for a larger population of wildlife including Africa’s highest population of lions, elephants, crocodiles, hippos, wild dogs, and black rhinos among many others.

The wildlife numbers in Nyerere National Park are just outstanding and you will definitely have a wilderness safari within this park.

Tanzania has played an important part in the life of Africa tourism. The country’s national parks represent and contain every part of Africa. It is Africa’s land of contrasts.

From the snowcapped peak of Kilimanjaro to the endless plains of the Serengeti to the gentle shores of the great lakes, Tanzania remains one of Africa’s best destinations to visit.