Automation testing tools have become an integral part of IT organizations in delivering quick and high-quality software. Over the years test automation has become the greatest gift for enabling and successful adoption of Agile, Continuous Integration and DevOps methodologies.

Automation testing basically means, using automation tool to execute a test case suite. Unlike Manual Testing, that requires a human being who is responsible for testing the functionality of the software, Automation testing requires tools that can automate the testing process. These tools take less time in exploratory tests, which improves the overall coverage and reduces errors. 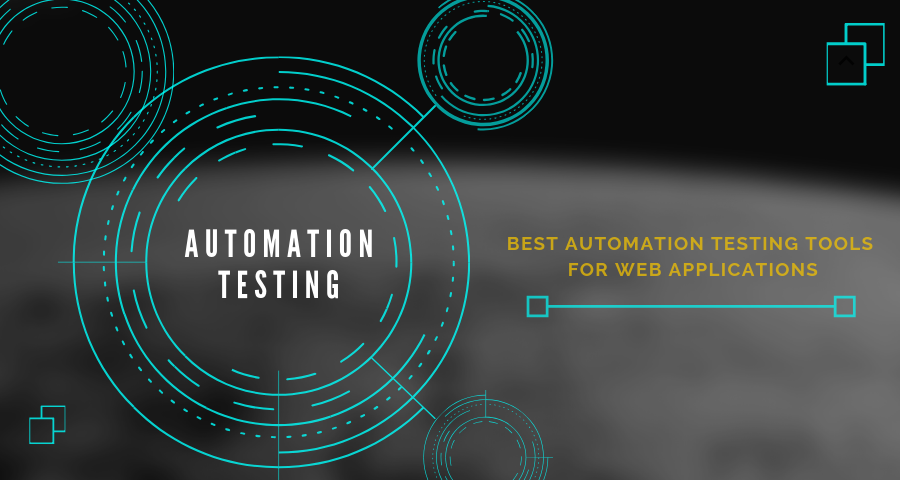 Good automation testing tools are primarily important because they are the major components of the DevOps tool chain that determine the performance quotient and overall benefits of an automation system.

Following the current trend of amalgamating Artificial Intelligence and Machine Learning, the modern automation testing tools offer the extreme potential for test optimization, project execution, intelligent test generation, and reporting. Based on important categories like supporting API, analytical services and advanced capabilities, here are some of the top automation testing tools that if you have mastered, you are completely equipped to meet the challenging need of automation in the coming years.

The most popular on the list is Selenium. Selenium is considered as the best industry standard for user interface automation testing tool for web applications. Ideal for experienced and skilled developers and testers, Selenium offers many flexible features that certify the reputation it has developed in the testing market.

For users who are skilled in scripting, Selenium offers versatility to test scripts in various languages like Java, Groovy, Python, C#, PHP, Ruby, and Perl. Moreover, recently upgraded to the first alpha version, Selenium is a system and browser independent tool that works on any operating environment and web browser.

The second most commonly used testing tool, Katalon Studio is enriched with advanced features that ease the process of automation testing. It encapsulates the rich features of Selenium and makes it even better. Selenium comes for seasoned testers but if you are someone who isn’t too comfortable integrating and deploying different frameworks and libraries, Katalon Studio is your best friend. You will get a convenient yet integrated platform to work with.

Katalon Studio uses hundreds of in-built keywords to ease in creating test cases. Moreover, it has special add-on features which helps to plugin extended functions from Katalon Store. With a complete set of features to test web-based, mobile and desktop applications, Katalon Studio has become one of the biggest players in the software market. Apart from being extremely compatible in any system environment, Katalon Studio has equally flexible to be used for both automated as well as exploratory testing operations.

A product of SmartBear, TestComplete is a comprehensive testing tool for all web-based, mobile and desktop applications. Compatible with JavaScript, VBScript, Python, and C++, testers can get the much-needed flexibility to write the test scripts in their preferred language. Appropriate for accurately detecting dynamic user interface, TestComplete also the extensive feature of an object recognition engine that helps to test applications that have different synchronized interfaces or has dynamically changing interfaces.

A powerful tool for most testers, TestComplete has upgraded its version to 14.0 which incorporates many new and enhanced features which include native integration with Jenkins to accelerate CI/CD pipeline and support web testing on all types of mobile platforms and browsers. With this multiple platform compatibility, complete knowledge of TestComplete is an asset that is sure to provide a comfortable automation testing ambiance for every aspiring tester.

SoapUI is exclusively designed for API testing. It cannot be used for mobile app testing. SoapUI comes in two versions. The first one is open-source and the next one is the upgraded one, the pro version. The pro version has a strong user-friendly interface and many enhanced features like assertion wizard, form editor, SQL query builder which are missing in the open-source testing tool. But recently SoapUI enabled the API explorer feature into the open-source which helps the developers and testers to debug the API’s results quickly.

SoapUI bears some excellent potential to meet the increasing need for API testing in the future. With specific and comprehensive attributes like drag and drop options, reusable scripts, supporting both REST and SOAP services, asynchronous testing and much more, SoapUI is enlarging its exposure for the future automation testing market.

Automation Testing is essential for all web applications. Just like the tools, talented and knowledgeable testers are also highly in demand to test the numerous APIs every day. Acute knowledge in these testing tools can aid your career choices and help you reach your desired destination.