A friend told me recently about all the easy pleasures he foregoes at Lent. There is no alcohol, cheese, chocolate, meat.

Most intriguingly, on leaving home he allows himself to turn only one way, making what might have been a quick stroll to the shops a more time-consuming expedition. For him, self-restraint has become not just a challenge, but almost a game.

So I am intrigued by the meaning of abstinence — and its association, even in a more secular society, with improved spiritual wellbeing.

The question of whether less could actually mean more is one asked by Elizabeth Gilbert in Eat Pray Love. The second leg of her best-selling memoir, subtitled One Woman’s Search For Everything, explores spirituality through retreat and abstinence at an ashram in India. There she rises pre-dawn to do yoga, eats only vegetarian food, does chores and meditates. 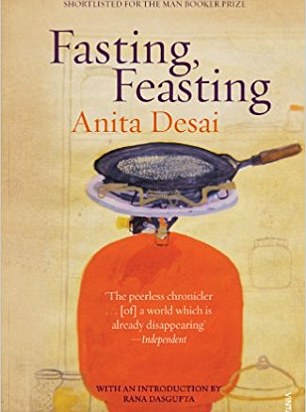 This week author Patricia Nicol, recommends the best books on abstinence to help you through the trickier times in life

But at the end of her first retreat, Gilbert ditches her travelling plans to stay on: ‘You cannot see your reflection in running water, only in still water. So, something was telling me it would be spiritually negligent to run off now.’

Anita Desai’s Booker-shortlisted novel Fasting, Feasting is another evocative portrait of India. In it, food is how every day is measured out; an expression of both love and control. The parents of the put-upon Uma and spoilt son Arun overfeed him, while starving her of affection. They are offended that their vegetarian son abstains from eating meat, as they view its consumption as progressive and Westernised.

After drying out, she returned to her birthplace, Orkney, a vulnerable recovering alcoholic. There she found solace in the beauty of the landscape and its shifting seasons.

As a cold-water swimmer, she discovered a healthier buzz. For her, less became more.