Best Buy apologizes for selling packs of water for $42

Best Buy has apologized after a photo went viral showing one of its Houston stores selling packs of water for a whopping $42 in the flood ravaged city.

The electronics store faced immediate backlash on social media after a reporter posted a photo on Twitter on Tuesday showing cases of water being sold off for $42.96 and $29.98 in Cypress.

A Best Buy spokesman issued a statement calling it a ‘big mistake’.

‘This was a big mistake on the part of a few employees at one store on Friday,’ the spokesman said.

‘Not as an excuse but as an explanation, we don’t typically sell cases of water. The mistake was made when employees priced a case of water using the single-bottle price for each bottle in the case.’

‘One Houston resident sent me a pic of water he saw being sold for *$42* at a nearby Best Buy,’ Klippenstein tweeted alongside the photo.

Another sign showed a case of Smartwater at $29, with a sign noting there was a ‘limited supply.’

Twitter users accused Best Buy of ‘gouging’ residents who are struggling to endure the effects of a recent natural disaster in Hurricane Harvey. 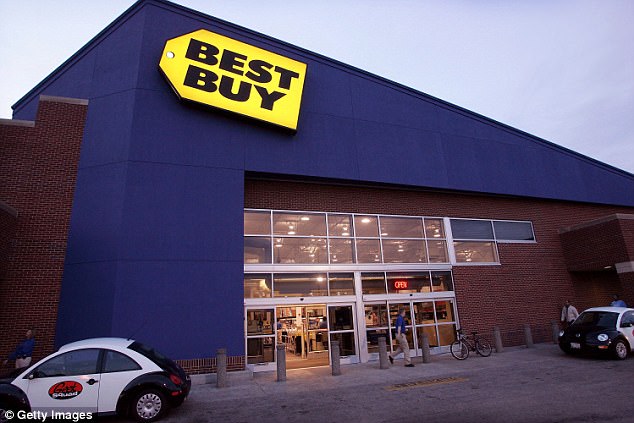 The store, located in the Houston suburb of Cypress, was affected by Hurricane Harvey and was forced to close on Friday

The store in question was forced to close Friday due to the severity of the storm.

Klippenstein later tweeted that the alleged price gouging wasn’t unique to the department store, reporting that Texas Attorney General Ken Paxton had received hundreds of complaints throughout effected areas in the state.

Paxton promised in an interview with Fox News that he would crackdown on false pricing during the crisis, warning businesses if they violated the law they would be slapped with a $20,000 fine.

Hurricane Harvey slammed into the Gulf Coast on Friday, with severe flooding and rain damage leaving 30 people dead and billions of dollars in estimated damage. 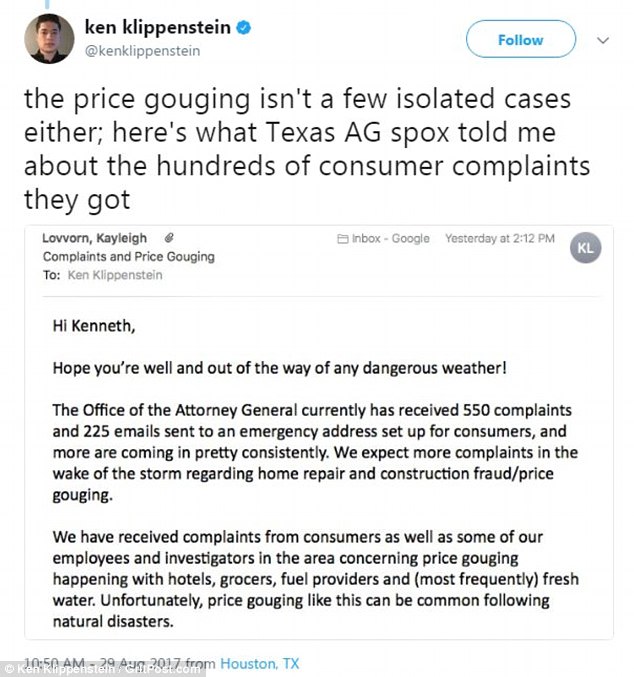 Texas AG later said that the incident was not a unique phenomenon, claiming to have received more than 500 calls concerning price gouging along with over 200 emails