Thibaut Courtois has been named Goalkeeper of the Year while Didier Deschamps has won Coach of the Year.

The Real Madrid shot-stopper won the award primarily in recognition of his performances with Belgium at this summer’s World Cup, but was also a key figure for Chelsea in an otherwise difficult campaign for the Premier League club last season.

Courtois won the Golden Glove in Russia after helping Belgium equal their best-ever finish in the competition. They finished third after beating England in the play-off and knocked out Japan and Brazil before falling to eventual winners France in the semi-finals.

FIFA BEST AWARDS: ALL THE WINNERS

Men’s Coach of the Year

Women’s Coach of the Year

Goalkeeper of the Year

Women’s Player of the Year

Men’s Player of the Year

The 26-year-old, who beat Kasper Schmeichel and Hugo Lloris to claim the award, said:  ‘I’m really proud and happy to have won this trophy. I want to thank my team-mates at Chelsea, Real Madrid, Belgium and also my managers.

‘I also want to thank my family, who are there for the good times, the bad times and always give me advice.’

Similarly, Deschamps, who was nominated alongside former Real Madrid manager Zinedine Zidane and Croatia’s Zlatko Dalic, picked up his Coach of the Year award for guiding France to the title in Russia.

In doing so, he became only the third man in history to win the World Cup both as a player and a manager, joining Brazil’s Mario Zagallo and Germany’s Franz Beckenbauer. Deschamps was part of the playing squad who won the tournament with France in 1998.

Speaking after picking up his award, which was handed over by fellow Frenchman Arsene Wenger, Deschamps said: ‘I want to thank Zinedine Zidane and the Croatian coach who could and should have won this award tonight.

The star-studded occasion was hosted at London’s Royal Festival Hall on Monday evening and hosted some of the game’s greatest players and saw performances from former Oasis singer Noel Gallagher. 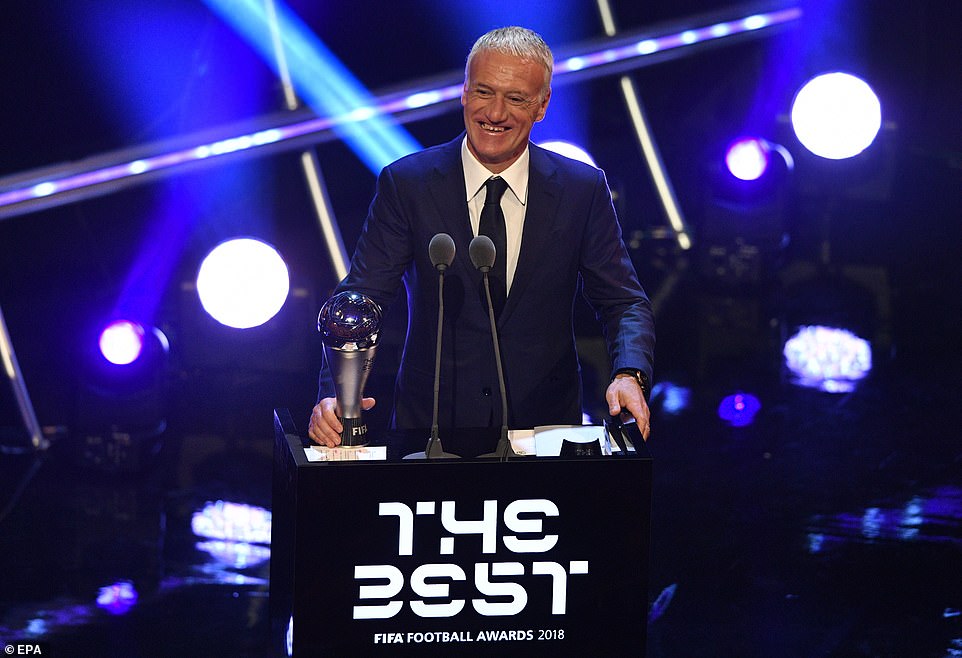 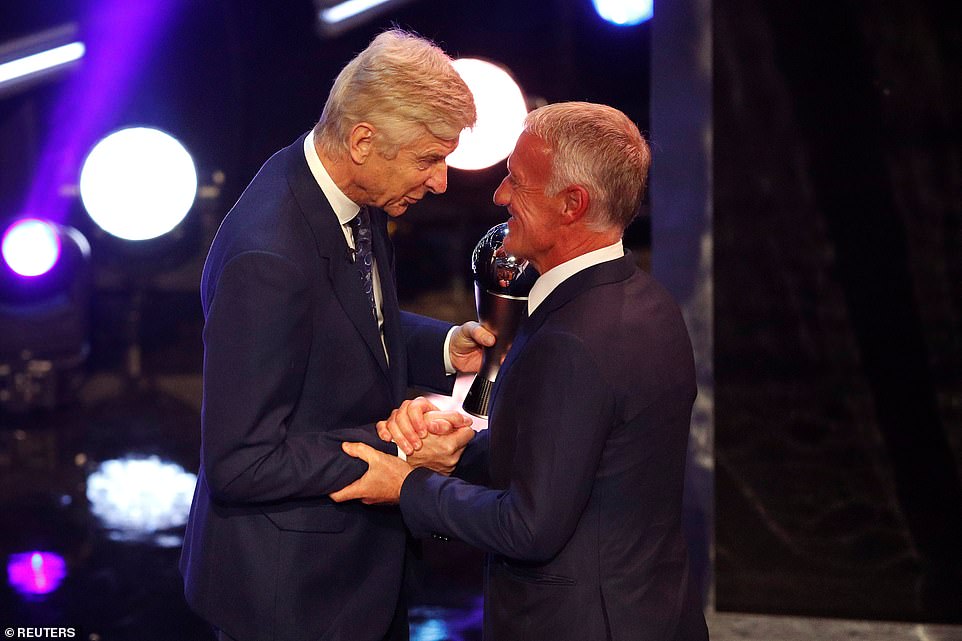 Arsene Wenger, a legendary French coach himself, presented his countryman with the award at Royal Festival Hall on Monday

Before the individual awards were handed out, Salah saw off strong competition to win The Puskas Award for best goal of the year.

The Liverpool attacker claimed the gong for his strike against Everton, which saw him wriggle past three defenders before curling home, while Gareth Bale’s overhead kick in the Champions League final missed out.

Salah is also in contention for the Best Men’s Player Award, where he is up against Cristiano Ronaldo and Luka Modric.

On receiving the award, Salah said: ‘I am very happy and very proud. I have to thank everyone who for voted me.’ 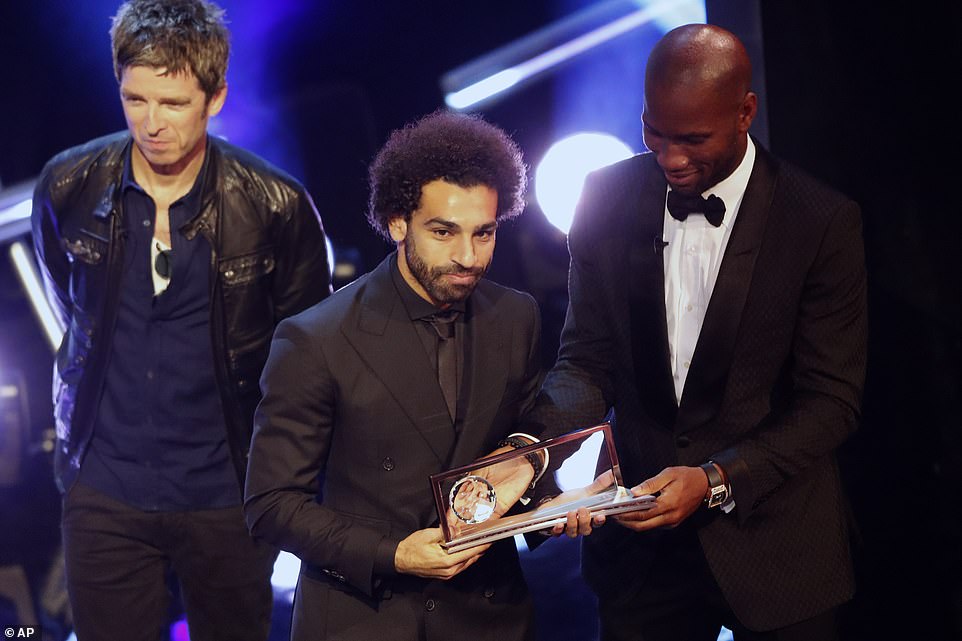