O’Rourke, who introduced similar legislation as a House member before his unsuccessful effort to unseat Sen. Ted Cruz, said the tax is meant to remind Americans of the sacrifice born by service members, while raising funds that could go to care for veterans.

‘We must be willing to pay any price, and bear any burden, to provide the full care, support, and resources to every single veteran who served every single one of us,” O’Rourke said in a statement announcing the plan.

“Eighteen years into the war in Afghanistan, and nearly three decades after our first engagement in Iraq, the best way to honor our veterans’ service is to cancel the blank check for endless war — and reinvest the savings to ensure every American can thrive upon their return home,” he said.

O’Rourke also is calling for an end to the wars in Iraq and Afghanistan, without saying exactly how he would do so.

But he says savings from getting out could also steer money back toward veterans.

‘Beto would propose that Congress invest $1 out of every $2 dollars saved—estimated at nearly $200 billion to vets, and at least $400 billion in total savings—in programs that benefit those who served,’ according to the plan.

He released the plan in connection with a veterans event in Florida – just days after President Trump revealed that he backed off after preparing to order a military strike on Iran that could have been executed in just 30 minutes. 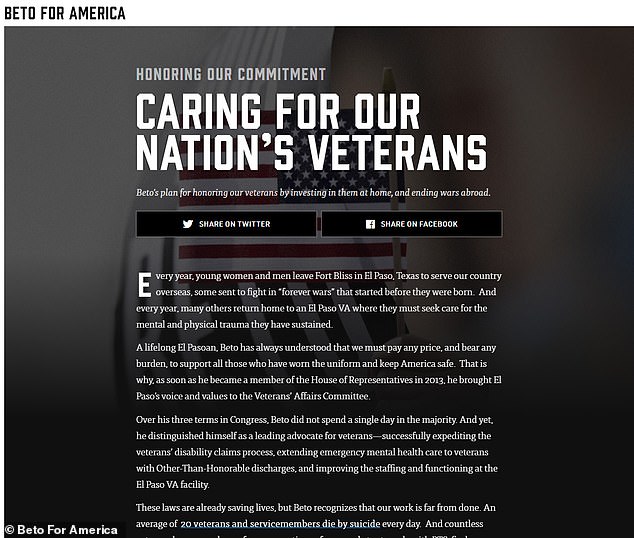 The plan would devote funds to care for veterans 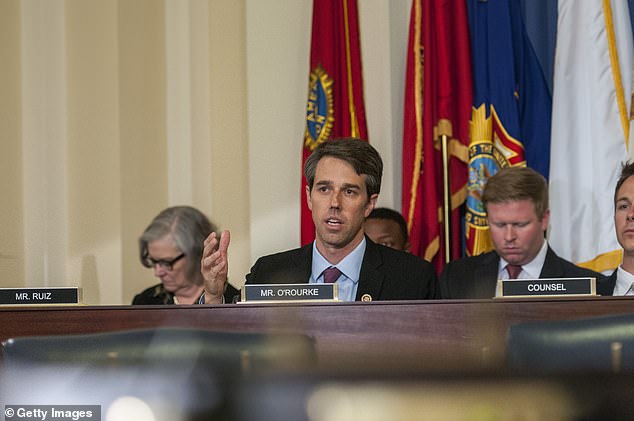 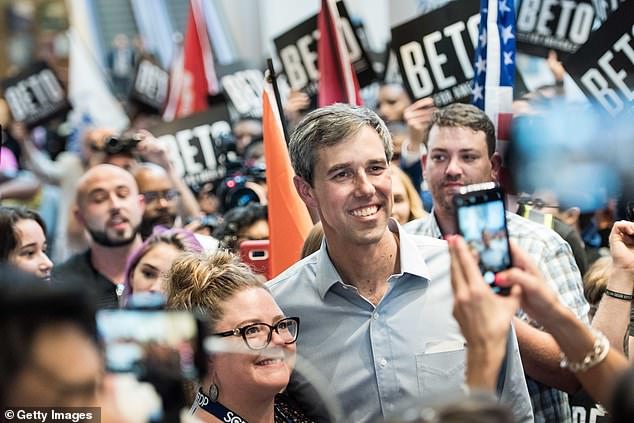 Opponents of military action – meant to counter Iran’s downing of a U.S. zone and what the Pentagon says was its role in attacks on oil tankers – say it could have led to another Middle East conflict.

O’Rourke is hoping for a breakout moment during this weeks’ first Democratic candidate debates. Despite becoming a national phenomenon in his race against Cruz, his support was at 3 per cent in Economist / YouGov poll last week.

The ‘war tax’ picks up an idea to have the populace explicitly pay to fund earlier military conflicts, of which there have been many in the nation’s history.