Betsy DeVos critics are not exactly spellbound by her choice of Halloween costume this year.

The Secretary of Education attended the White House’s holiday celebration on Monday as Ms. Frizzle, the much-loved wacky teacher from the animated series The Magic School Bus.

But those who are opposed to the 59-year-old’s policies think the costume choice was an unintentionally — and offensively — ironic one, charging that DeVos views are and practices are at odds with the character she played for the day.

How dare she?! Betsy Devos’ critics do not approve of her dressing up as Ms. Frizzle for Halloween 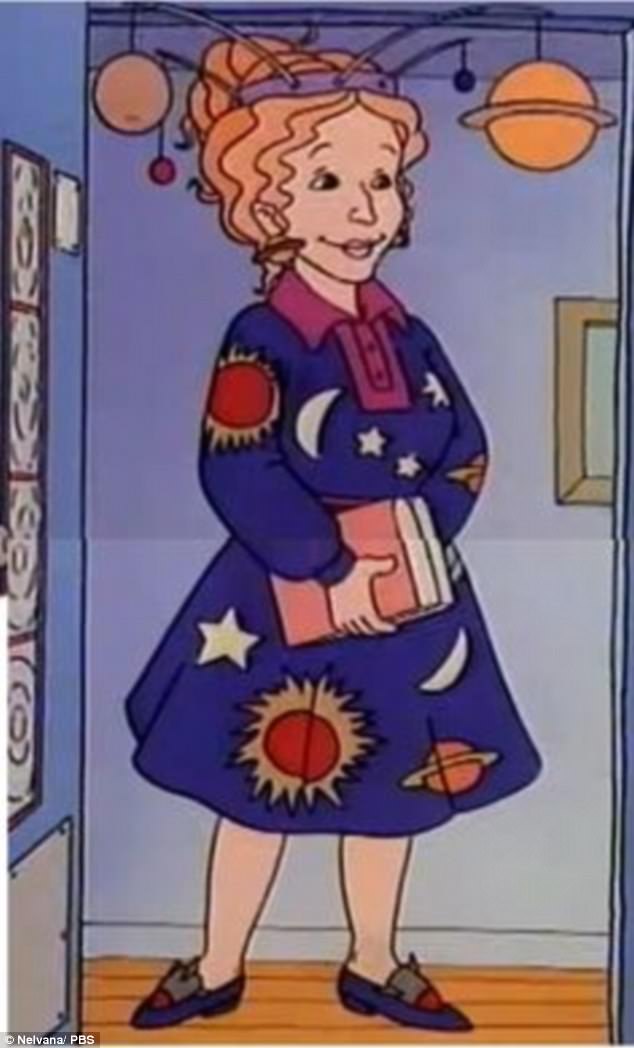 Inspiration: Ms. Frizzle is the teacher from The Magic School Bus, a hit ’90s cartoon about a class that goes on magical science field trips

Oh, no way! Many fans were insulted by the costume choice

Not for you! They accused DeVos of being unworthy of wearing the costume 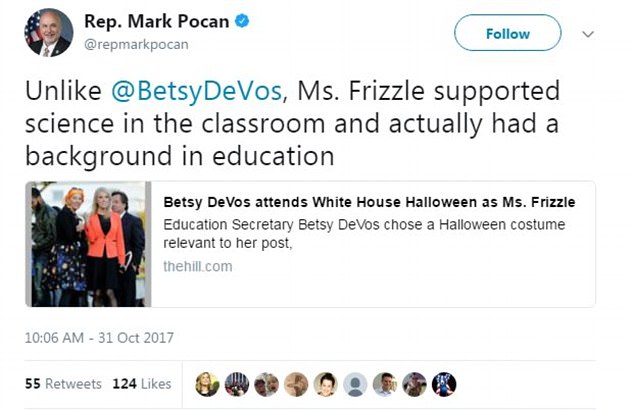 Shots fired! Even Representative Mark Pocan of Wisconsin saw a problem, writing that Ms. Frizzle supported science and ‘actually had a background in education’

The original cartoon The Magic School Bus aired on PBS from 1994 to 1997 and was often used in classrooms to teach students about science.

The series starred Ms. Frizzle, an eccentric public school teacher who would take her class on field trips in a magical school bus, which was able to travel to outer space, shrink to examine small things close up, and even go inside the bodies of some of the students to explore their organs and bodily functions.

Recently, the show was rebooted on Netflix.

Yet DeVos’ critics have called her out for dressing like the beloved character, charging that she is not worthy to fill Ms. Frizzle’s shows.

‘Betsy DeVos, our children’s worst nightmare, dressed up as Ms. Frizzle for Halloween. This is what we can’t have nice things, y’all,’ tweeted another person. 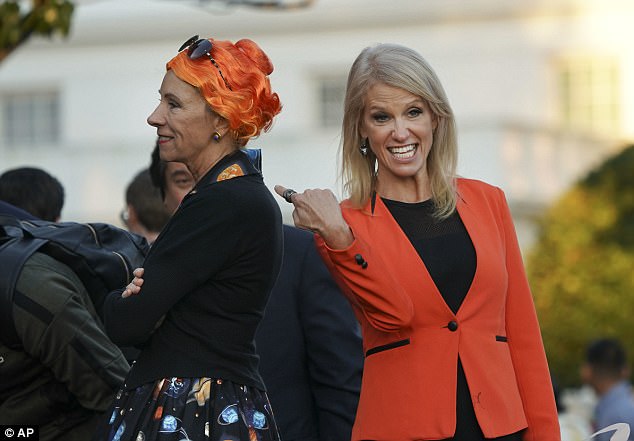 Getting into chracter: DeVos wore a dress with a space print and an orange wig

Sacrilege! A few fans of the series called the costume ‘blasphemy’

Old favorite: Many of those tweeting are millennials who grew up with the PBS show

High bar: Some people charged that DeVos does not measure up 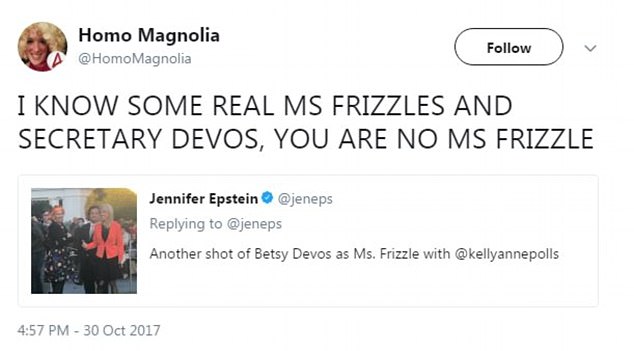 At odds: They pointed out that DeVos’ policies don’t always match up with Ms. Frizzle’s teachings

Fremdschämen: This young woman searched for a German word to describe how she was feeling

DeVos wore an orange wig for the occasion, which she paired with a dress covered in an outer space print — much like one Ms. Frizzle wore on the show.

‘Betsy DeVos costuming as Ms.Frizzle is the closest she’ll ever be to being a notable educator,’ one person tweeted.

Wisconsin Representative Mark Pocan, a Democrat, shared his own criticism on the social media platform.

‘Unlike @BetsyDeVos, Ms. Frizzle supported science in the classroom and actually had a background in education,’ he wrote.

‘Is there a German word for the feeling you get when you see Betsy DeVos dress up as Ms Frizzle for Halloween?’ asked someone else.

Not OK with it: One man called DeVos ‘our children’s worst nightmare’

Anti: Many tweeted variations of the question ‘how dare she’

Catch up! Some seemed to think that DeVos wasn’t too familiar with the character

Protest: People called it ‘disrespectful’ that she wore the costume 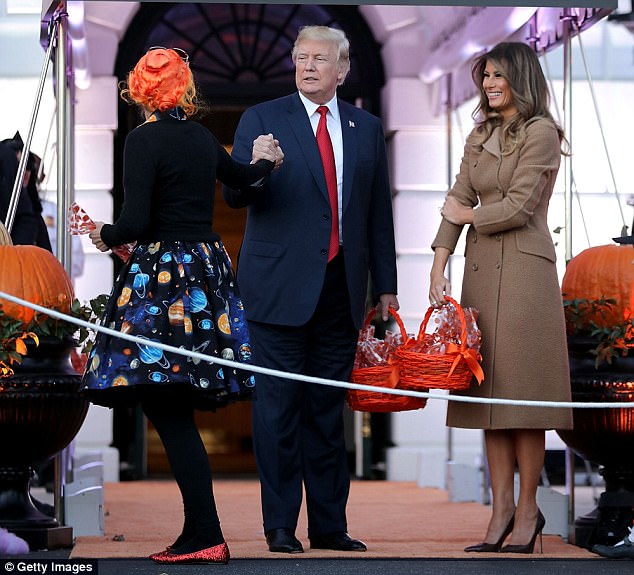 Once again: She has been compared to Ms. Frizzle before

Dumbledore please! When she was confirmed earlier this year, many people said the cartoon would be more qualified for the job

Several people described it as ironic that DeVos would choose this particular character.

‘Betsy DeVos dressing up as ms frizzle is more irony than I can handle,’ wrote one. Another said: ‘Betsy DeVos knows Ms. Frizzle was a queer teacher in a well-funded public school system, right?’

Interestingly, this isn’t the first time DeVos and Ms. Frizzle’s names have been uttered in the same sentence.

Earlier this year, when DeVos was being confirmed for the job, critics took to Twitter to compare her unfavorably to the fictional character.

Several tweeted that Ms. Frizzle was more suitable for the job, while an article that appeared in the newspaper Education Week pondered what advice the cartoon would have for the Education Secretary.