By Ross Heppenstall For The Daily Mail

Raw emotion was everywhere in the Wigan camp after Liam Marshall’s dramatic late try secured their first Challenge Cup since 2013.

Scrum-half Smith, who scored a first-half try and was outstanding throughout, said of his match-winning assist: ‘It’s what I’m paid to do and what the team needs me to do. 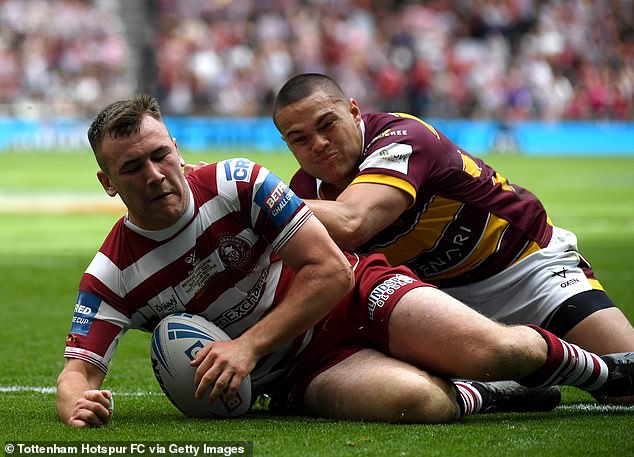 Harry Smith also got on the scoresheet, and impressed at scrum-half for Wigan

‘We spoke all week about having composure and backing ourselves if we see something. I did that and it got us the win.

‘Was it the realisation of a childhood dream? One hundred per cent.’

French missed pre-season after returning to Australia to care for his mother, who died in January.

‘My mum wanted me to come back to Wigan and help deliver some silverware because of the way the club supported me during that period,’ he said. ‘I’m still trying to take it all in.’ 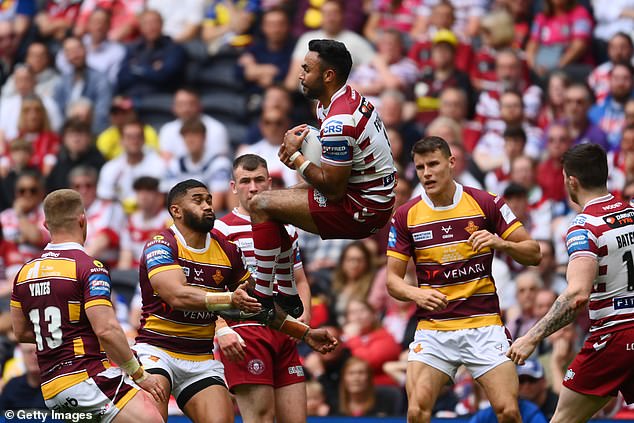 Bevan French (C) was on the winning side, and paid tribute to his late mother afterwards 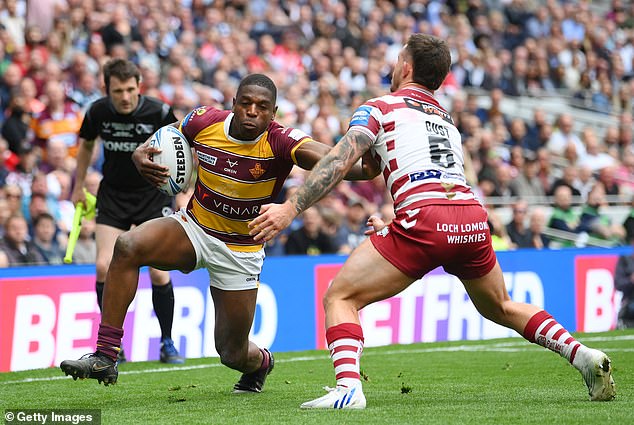 Jermaine McGillvary scored a try for Huddersfield, but it was not enough for his side to win

When Jermaine McGillvary had scored the Giants’ third try, it looked like Watson’s men were on course for victory.

Wigan’s Morgan Smithies was fortunate to escape sanction for two swinging arms during the second half before Marshall’s late score proved decisive.

Smithies said: ‘I didn’t get sent off, so that’s the main thing. To win the Challenge Cup is the best feeling I’ve ever had on a rugby pitch.

‘It’s all I ever dreamed of as a young kid so to actually do it is massive.’

Tui Lolohea converted only one of his five attempts at goal, which proved costly for Huddersfield.

Yet team-mate Oliver Russell insisted: ‘Tui was one of our best players and needs to keep his head up. It’s not his fault.’