Beyoncé is being pressured to axe a partnership with Sir Philip Green after accusations of bullying and sexual harassment emerged against the Topshop tycoon.

The brand was launched in 2016 but the American performer is now facing calls to abandon the multimillion-pound joint venture.

‘She and her team need to look closely at these allegations.’

Another activist, Nimco Ali, said: ‘Beyoncé should say “I don’t want to work with Philip Green”.’

It comes after Green, 66, was identified last week by Peter Hain using parliamentary privilege in the House of Lords to name him as the businessman involved in allegations of inappropriate conduct and non-disclosure agreements.

Green strongly denies the claims made against him and last night claimed that he had suffered ‘the worst week of my life’. 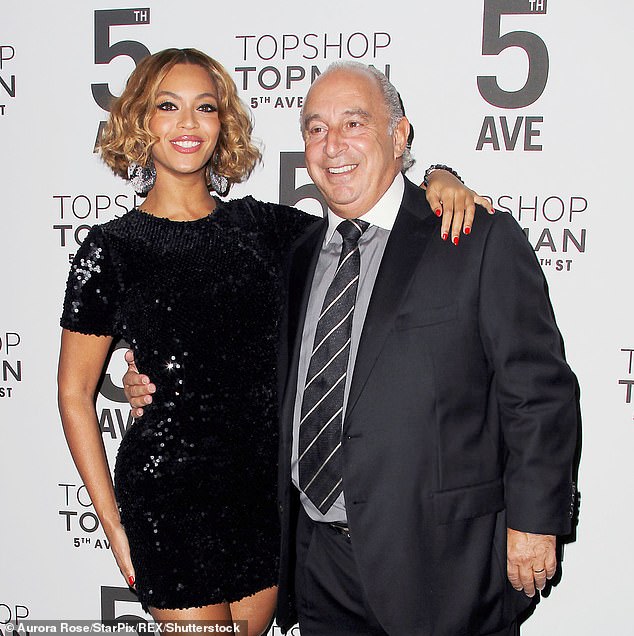 He was last week identified as the man who had taken out an injunction preventing publication of allegations about harassing staff – allegations which he vigorously denies.

Speaking for the first time since the scandal erupted, the TopShop owner told The Mail on Sunday that he had indulged in nothing more than ‘banter’ with his staff, claiming he had a good relationship with those who worked for him.

The tycoon was recently seen angrily clashing with TV reporters who traced him to his Arizona hideout.

He had initially stopped the Daily Telegraph from reporting allegations made against him by taking out an injunction.