Beyonce has announced Club Renaissance, a two-night event inviting fans to ‘experience Renaissance in spatial audio’ at an undisclosed location in Los Angeles.

The event was announced Thursday with a yellow flyer containing few details about the 21+ event.

Unsurprisingly, tickets sold out ‘apparently in minutes’, according to Variety.

Presented by Amazon Music, the event is open to fans over the ages of 21 and is set to take place on the evenings of December 17 and 18. Doors open at 8:15PM followed by a start time of 9PM.

The invitation contained no details about the location, which will be unveiled to ticket holders on December 17. Amazon Music made the surprise announcement of the party on Thursday and tickets quickly disappeared.

However, it did suggest the bash was in commemoration of her seventh studio album Renaissance.

‘Parkwood invites you to experience Renaissance in spatial audio,’ reads a clue on the invite. 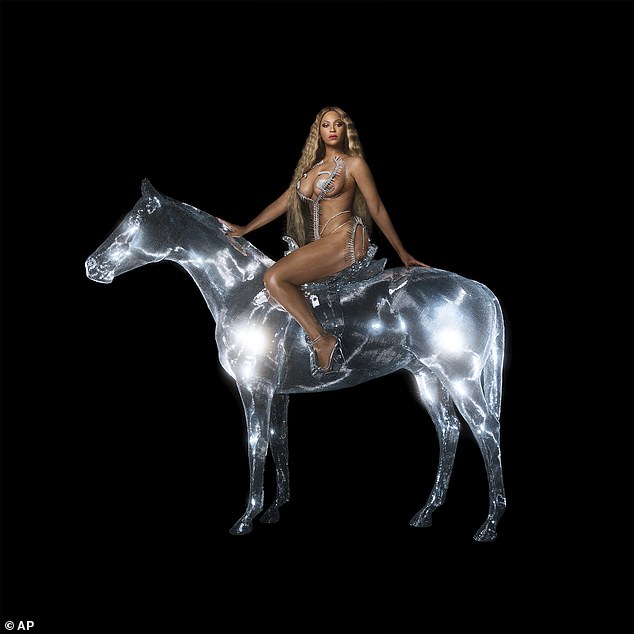 Hitting a high note! Beyonce released Renaissance in July 2022 and has earned nine Grammy nominations for it

The flyer contained a photo of Beyonce from her Renaissance album, which depicted the songstress sitting beneath a disco ball and cupping her bare breast.

Beyonce last threw a ‘Club Renaissance’ in New York in August. It was party celebrating the release of her new album.

The album has earned Beyonce nine nominations at the upcoming Grammy awards.

In putting the album together, she enlisted the help of such artists as Drake, Pharrell Williams, The-Dream, Skrillex – and none other than her own husband Jay-Z. 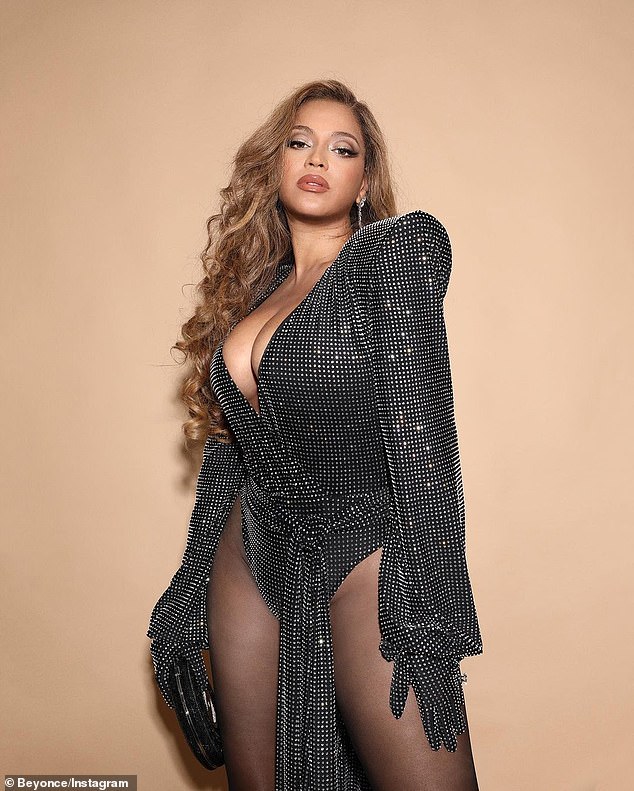 Beyonce previously remarked that she hopes the album will be a rejuvenating form of escape for people after the turbulence of 2020.

‘With all the isolation and injustice over the past year, I think we are all ready to escape, travel, love, and laugh again,’ she dished last year.

‘I feel a renaissance emerging, and I want to be part of nurturing that escape in any way possible,’ she said in last year’s September Icon issue of Harper’s Bazaar.

‘I’ve been in the studio for a year and a half. Sometimes it takes a year for me to personally search through thousands of sounds to find just the right kick or snare. One chorus can have up to 200 stacked harmonies,’ she noted. 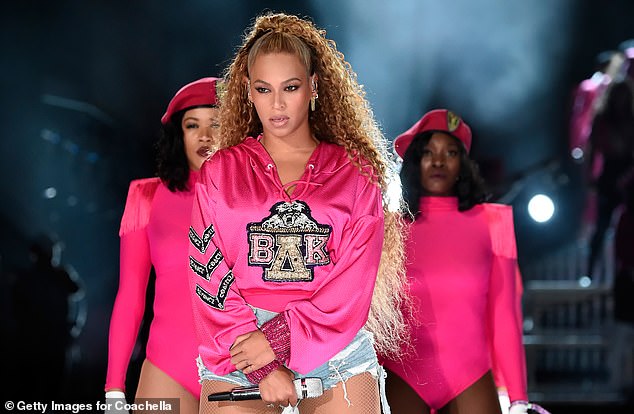 Rocking it! Beyonce pictured performing at Coachella in 2018

‘Still, there’s nothing like the amount of love, passion, and healing that I feel in the recording studio. After 31 years, it feels just as exciting as it did when I was nine years old. Yes, the music is coming!’ she assured her public.

Renaissance is Beyonce’s first solo studio album since her groundbreaking visual album Lemonade from 2016, in which she famously confronted the questions around her marriage to Jay-Z and his fidelity.

Since Lemonade, she has put out a collaborative album with Jay-Z, a live album and a pair of soundtrack-related companion pieces for Disney’s photorealistic remake of The Lion King, in which she voiced the love interest Nala.

Beyonce and Jay-Z have been married since 2008 and have welcomed three children into the world – Blue Ivy, 10, and twins Sir and Rumi, five.