Bezonomics review: It shines in its detailed exposition of how the Amazon phenomenon was built

When Brian Dumaine set out to write a book about how Amazon and its creator Jeff Bezos were conquering the world, even he could not have imagined its prescience.

The coronavirus pandemic has supercharged the internet giant: with high-street shops shuttered, Amazon purchases have escalated. The company’s share price has rocketed accordingly, as has its need for thousands more workers.

Bezos, the son of Jacklyn Gise, a high-school student, and Ted Jorgensen, a unicyclist who soon vanished, was raised by his mother and her new partner, Mike Bezos, his adoptive father. 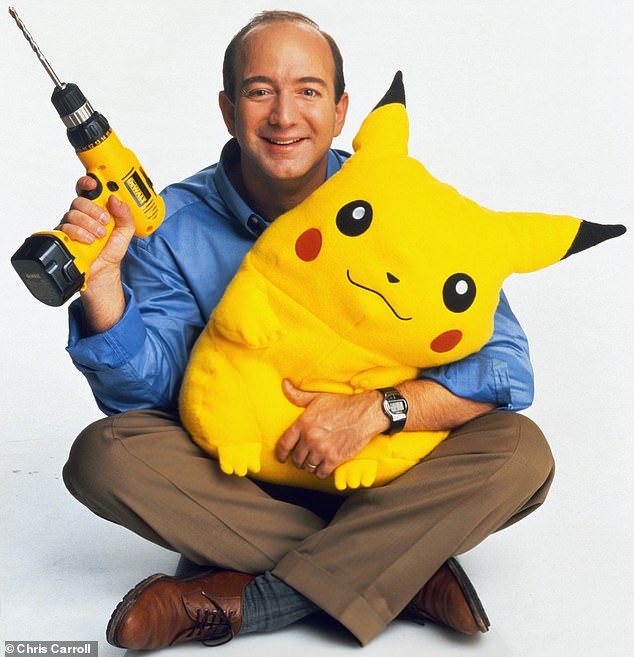 Jeff Bezos (above) was obsessed with creating ease for the consumer: the ‘one-click’ buying technology ‘dramatically increased’ the likelihood of customers completing purchases

A substantial influence on his upbringing, however, was also his grandfather, ‘Pop’ Gise, a rancher who had previously worked at a high level in US missile defence systems.

Pop Gise observed that the impressive degree of data-focus in his beloved grandson sometimes came at the expense of empathy.

One day, after the young Jeff calculated how many years his grandma had taken off her life by chain-smoking, and let her know, Pop warned him: ‘You’re going to find out one day that it’s harder to be kind than clever.’

Bezos himself enjoys telling the story, but accounts of Amazon meetings in which he barks at hapless executives ‘I’m sorry, did I take my stupid pills today?’ suggest his grandfather’s advice might still be relevant.

At moments the writing flickers into fuzzy awe. We read, among other plaudits, that Bezos ‘embodies three characteristics that separate him from all other mere mortal entrepreneurs’ (resourcefulness, truth-seeking and vision).

Yet while evidence of Bezos’s immortality is as yet unobtainable, it is true that exceptional qualities must indeed attach to a man who built a $1 trillion empire.

Where the book really shines is in its detailed but clear exposition of how the Amazon phenomenon was built on expert data analysis, marketplace psychology and perpetual innovation – and where it is headed.

Bezos was obsessed with creating ease for the consumer: the ‘one-click’ buying technology, for example, ‘dramatically increased’ the likelihood of customers completing purchases.

A subscription to the Amazon Prime delivery service, too, artfully locks consumers into the wider ‘Amazon ecosystem’: in the US, more people now have Prime membership than regularly attend church.

Beyond consumer fulfilment, what the model means for workers’ rights, high-street stores, government tax revenues and smaller companies is a complex and often more chilling picture.

Politicians and regulators have their eyes on Amazon and its profits, but will a company named after the Earth’s biggest river ever know its own limits? Bezos’s desire to expand into sectors such as healthcare, banking and even space suggests the opposite.

That Will Be England Gone: The Last Summer Of Cricket

Michael Henderson is one of the most knowledgeable writers there is about the summer game. In this vibrant chronicle of the 2019 cricket season, he travels around England taking the temperature of the sport he loves. The result is pure gold.

The mainspring for his trip is (or was, until Covid-19 ripped up the sporting calendar) the much-hyped ‘Hundred’ competition that had been due to start this summer. This gimmicky tournament, described by the author as ‘a three-course dinner for dogs’, will pit teams such as ‘Welsh Fire’ against the likes of ‘Super Northern Chargers’.

Henderson thinks it could disfigure the sport for ever. 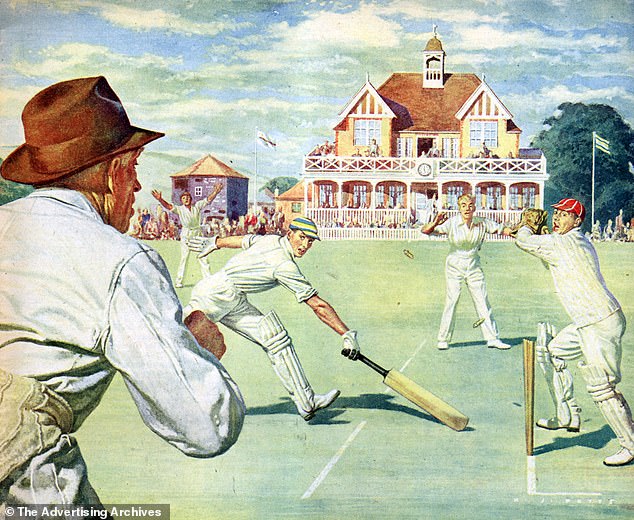 In this vibrant chronicle of the 2019 cricket season, Michael Henderson travels around England taking the temperature of the sport he loves. The result is pure gold

The beating heart of cricket resides far beyond the glitzy showpiece events colonised by big money and corporate hospitality, and thus Henderson visits not only Lord’s and the Oval but returns to the grounds and games that shaped and nourished his own passion, including festival cricket at Cheltenham and Scarborough, a match at his old school, Repton, and bucolic venues such as Chesterfield and Taunton.

He travels to Ramsbottom for an afternoon of Lancashire League cricket (‘We’ve three supermarkets now but no shoe shop,’ a female spectator laments to him during play) and spends a day at Old Trafford, where his Uncle Harry served on the committee, and where ‘a meat and potato pie can release early memories as sweetly as any tea-soaked madeleine’.

The book is also a love poem to an England fast disappearing, and there are some memorable perorations on the glories of Philip Larkin (a line from his Going, Going provides the title of the book), brass bands, traditional pubs, classical music, and the English landscape.

Above all, Henderson deprecates what he sees as the dumbing down of popular culture, in which instant gratification is all that counts, and where ‘everything has to be immediately understood by everybody otherwise it’s an assault on democracy’.

For those who fear the worst for the sport they love, this is like cool, clear water for a man dying of thirst. It’s barnstorming, coruscating stuff, and as fine a book about the game as you’ll read for years.