BGT SPOILER: Theresa May impersonator STRIPS while sporting THOSE leopard print heels and waving EU and UK flags… in scenes set to air just one day after PM’s resignation

The Britain’s Got Talent judges are used to being shocked, but tonight’s episode is certain to leave jaws dropped around the country.

In a clip set to air just one day after Theresa May broke down in tears as she resigned as Prime Minister, yoga teacher Kath Thompson, 56, dresses up as the PM and mocks her dodgy ‘Maybot’ dance moves in an unexpected strip-routine.

The Theresa May impersonator was clad in an incredibly similar outfit to the one worn by the PM during an August 2018 trip to South Africa, which saw her dance with school children in a move which spawned a mass of hilarious memes and GIFs.

No way! In a clip set to air on Britain’s Got Talent just one day after Theresa May resigned as Prime Minister, yoga teacher Kath Thompson, 56, dresses up as the PM and mocks her dodgy ‘Maybot’ dance moves in an unexpected strip-routine

For the opening audition in Britain’s Got Talent on Saturday night, dancer Kate was filmed leaving 10 Downing Street in a pair of leopard print heels before arriving at the London Palladium.

In the clip, she can be seen taking to the stage clad in a pillar-box red blazer and black trousers, with a short grey wig atop her head.

Carrying clutching a red box with Teresa May’s initials in place, before she begins dancing much to the shock of audience members.

Pretending to come over as funny, Kath then continues the strip tease, removing all items of clothing until she was left wearing just a skimpy black cut-out body 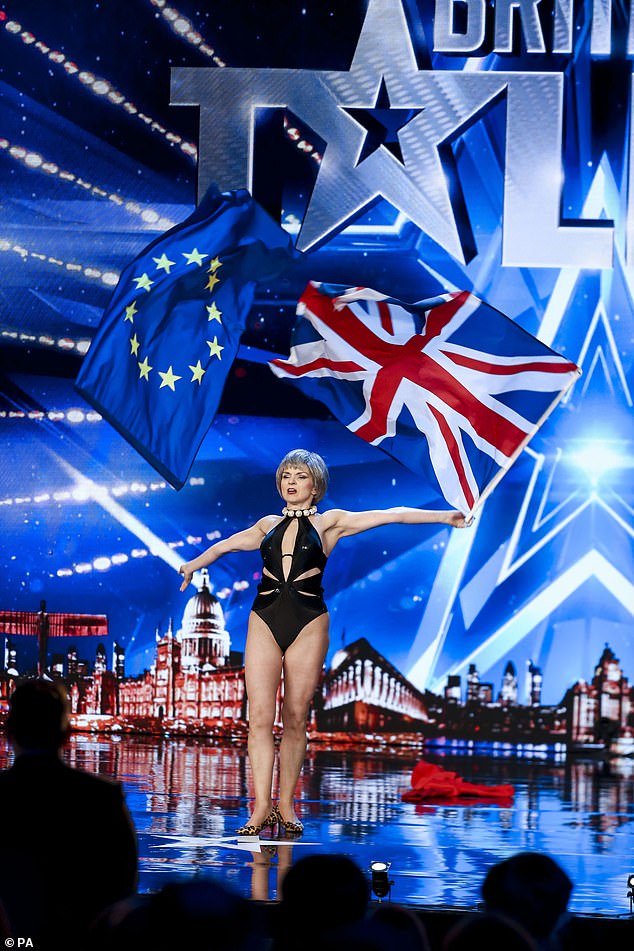 Waving both British and EU flags, the dancer received a standing ovation and left judge David Walliams musing: ‘If this doesn’t solve Brexit I don’t know what will!’

Simon was left gobsmacked, exclaiming: ‘Unbelievable! The fact that you’ve come on and you’ve chosen our show it’s amazing and I really appreciate that.’

Comedian David added: ‘It was one of the most fun things I’ve ever seen in my life. If this doesn’t solve Brexit I don’t know what will!

Alesha admitted: ‘I’ve been so uncomfortable watching Teresa dance lately. When she was in Africa and she was doing [waves her arms]. It was brilliant!’ 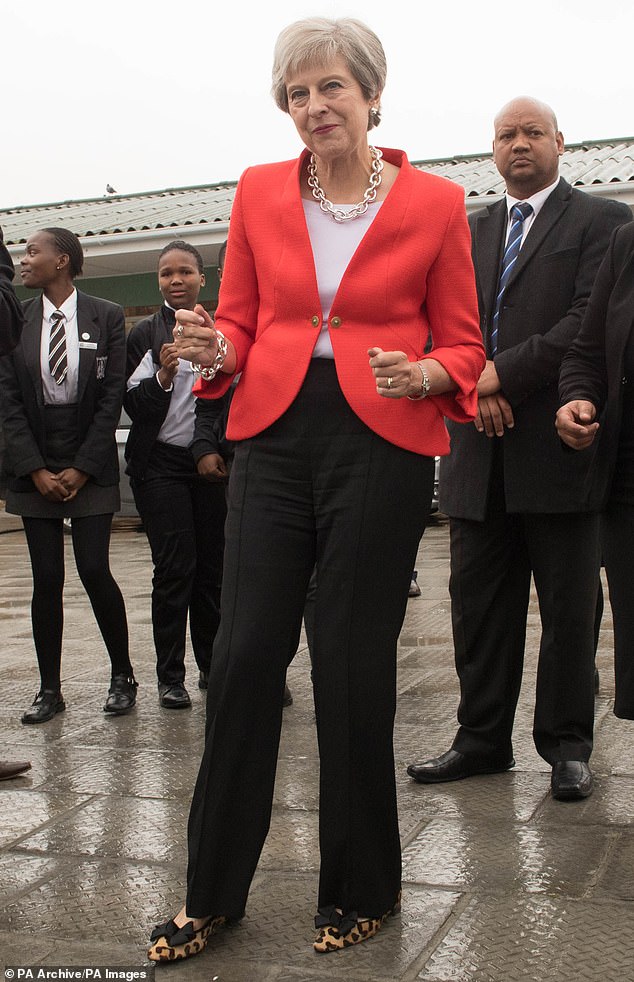 Alesha was referencing Theresa’s awkward ‘Maybot’ dancing with schoolchildren during a visit to South Africa in August 2018.

The Prime Minister’s toe-curling moves as she watched a display of traditional singing and dancing sparked comparisons with footballer Peter Crouch’s famous ‘robot’.

Viewers around the world watching through their fingers as she jerked and shuffled her way across the playground.

A video of her dance moves provoked hilarity online, with Twitter jokers comparing her to the Tin Man from The Wizard of Oz. 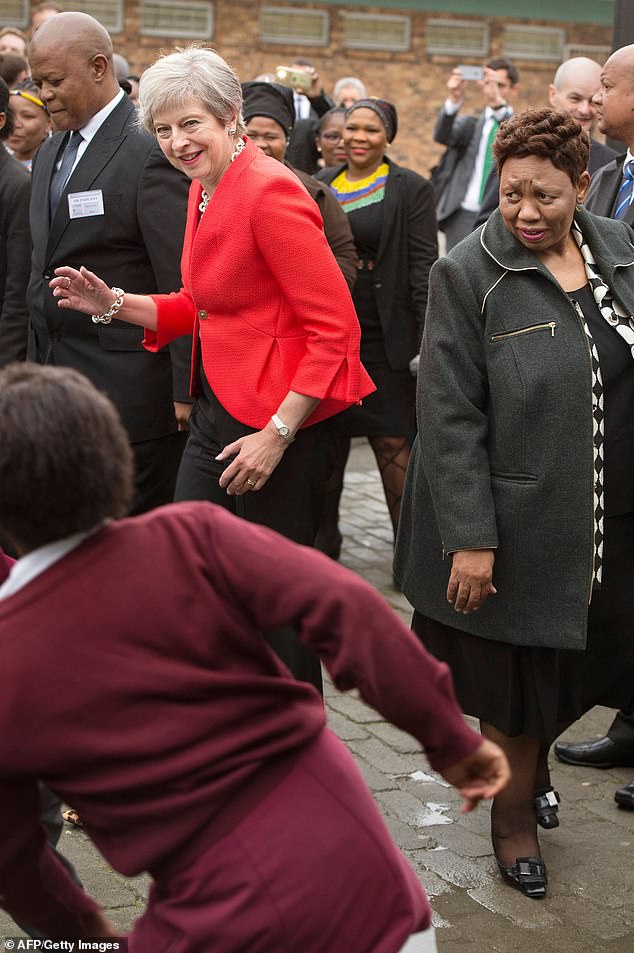 In October 2018 Twitter once again erupted with users grimacing after Theresa May robot-danced to the podium to ABBA’s Dancing Queen before giving her speech at the Tory party conference.

Her cringe-worthy entrance sparked a flurry of hilarious internet memes which poked fun at her dance moves.

Just a day before the Theresa May impersonator’s audition aired on BGT, Theresa May herself repeatedly broke down in tears on Friday as she announced her resignation on the steps of Downing Street.

‘I’ve done my best,’ she said, adding: ‘It is and will always remain a matter of deep regret to me that I have not been able to deliver Brexit.’

Mrs May was almost unable to continue as she voiced her pride at having served the country. She declared she will resign as Conservative leader on June 7, triggering a contest that should be complete by the end of July.