The files date to Biden’s vice presidency under Barack Obama.

During a contentious interview with CNN’s State of the Union, Kentucky Republican Rep. Comer also pledged to investigate potential ‘influence peddling’ in the Trump administration when grilled about the partisan appearance of his probe into Biden.

‘This is the same type of investigation that the Democrats were so outraged…and demanded happen to President Trump.’

It comes just a day after the White House revealed that five additional pages of classified files were found in Biden’s private Delaware residence in the upscale community of Greenville, just outside of Wilmington.

That brings the total number of secret documents found there to six after a similar announcement was made earlier last week.

The White House admitted that classified files were found in Biden’s former private office at the Penn Biden Center for Diplomacy and Global Engagement in Washington, DC, on November 2, 2022. The statement made clear that the relevant officials were fully cooperating with the National Archives and Department of Justice (DOJ).

But the administration has been under bipartisan scrutiny for only confirming their existence earlier this month, after CBS News first broke the story.

Comer would not say whether he believed that Biden committed any crimes on Sunday, even as he heaped criticism on the president for the way the incident has been handled. 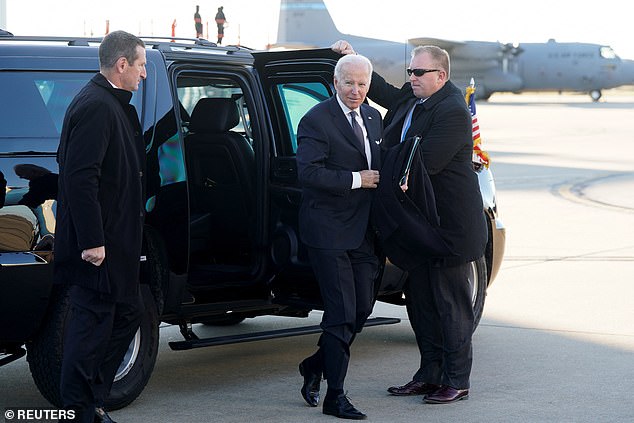 ‘Well, we don’t know exactly yet whether they broke the law or not. I will accuse the Biden administration of not being transparent,’ Comer said.

‘Why didn’t we hear about this on November 2nd when the first batch of classified documents were discovered?’

Throughout the interview, he was pressed multiple times on his comparably lukewarm reaction to news that Donald Trump improperly took dozens of top secret files to his home in Mar-a-Lago after leaving office.

Comer claimed it was ‘hypocritical’ and ‘political’ that the Biden administration appointed a special counsel for the Trump documents on November 18, after knowing about Biden’s for weeks.

Host Jake Tapper played a clip of Comer from November 2022 where he told CNN that investigating Trump for his Mar-a-Lago documents ‘will not be a priority’ for the new Republican House majority. 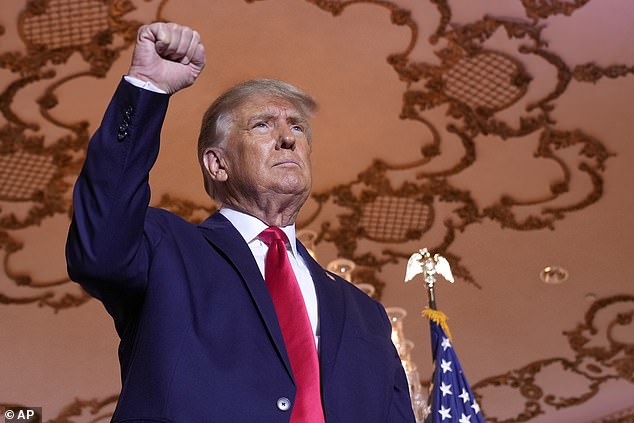 ‘What you are saying to viewers who don’t understand why President Biden’s documents seem like a big priority for you, but President Trump – who took hundreds more documents – did not supply with a subpoena, did not reach out to the National Archives or the Justice Department to say, hey, we found these documents, it’s not only a priority,’ Tapper said.

He added: ‘Do you only care about classified documents when Democrats do the mishandling?’

‘Absolutely not,’ Comer answered immediately. ‘Look, we still don’t know what type of documents President Trump had. That’s one of the questions we’ve asked the National Archives.’

Comer and Tapper also clashed over whether the vice president, which Biden would have been at the time, has the power to declassify documents.

At one point, when pressed on whether the committee’s new name of ‘Oversight and Accountability’ rather than ‘Oversight and Reform’ would apply to both leaders, Comer said it would.

‘I think the influence peddling with respect to the Trump administration will be a part of our overall investigation,’ Comer said.

‘Because both Democrats and Republicans have complained about this with the previous two administrations. So something needs to be done.’

White House Press Secretary Karine Jean-Pierre dodged questions on Thursday over whether they would come out.

She instead pointed out that the Biden administration had expanded transparency with regards to White House visitor logs that had been severely curtailed under Trump.