Krystal Hipwell (nee Forscutt) is set to welcome her second child in the coming days.

But the Big Brother star isn’t giving up her daily workouts.

On Thursday, the 31-year-old – whose due date is less than two weeks away  – took to Instagram to hit out at critics who have slammed her for exercising so late in her pregnancy.

‘People think I’m a little crazy for training at this point’: On Thursday, 38-weeks pregnant Krystal Hipwell(nee Forscutt) took to Instagram to share a video of herself working out

Krystal shared a time lapse video of herself lying on the floor doing a series of exercises, accompanied by a lengthy ‘rant’.

The star wrote: ‘Lately I have received a few NOT so positive comments from people who think I’m a little crazy for training at this point but I just wanted to clear up that for me exercise is a big part of my daily lifestyle and has been for many years now.’

She then defiantly stated: ‘I have a great awareness of my body and what it is capable of and would NEVER do anything that didn’t feel right and risk the health of my baby.’ 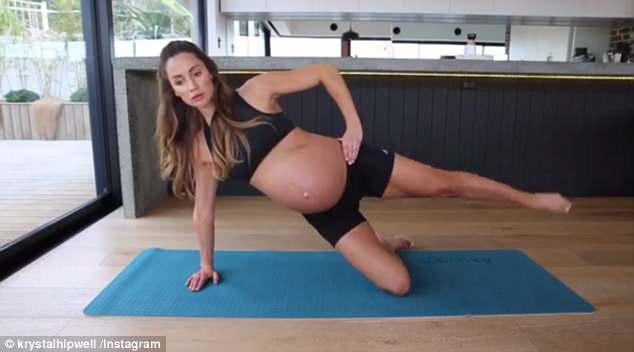 ‘I would NEVER do anything that didn’t feel right and risk the health of my baby’: Krystal accompanied her workout video with a lengthy ‘rant’ defending her exercise routine

Asking that there be less criticism of pregnant women, Krystal concluded: ‘For all you other expecting Mummas who are also leading active lives I hope that you only receive ENCOURAGEMENT and NOT JUDGEMENT and for those who can’t train or simply can’t be bothered absolutely no judgment either, growing a life inside you is hard enough work as it is!’

The brunette beauty rose to fame during an appearance on Big Brother Australia in 2006, and went onto have a slew of men’s magazine spreads as well as other TV work.

Krystal is married to Neil Hipwell -the director of a Sydney based design and construction company – and the pair already proud parents to three-year-old son, Sonny. 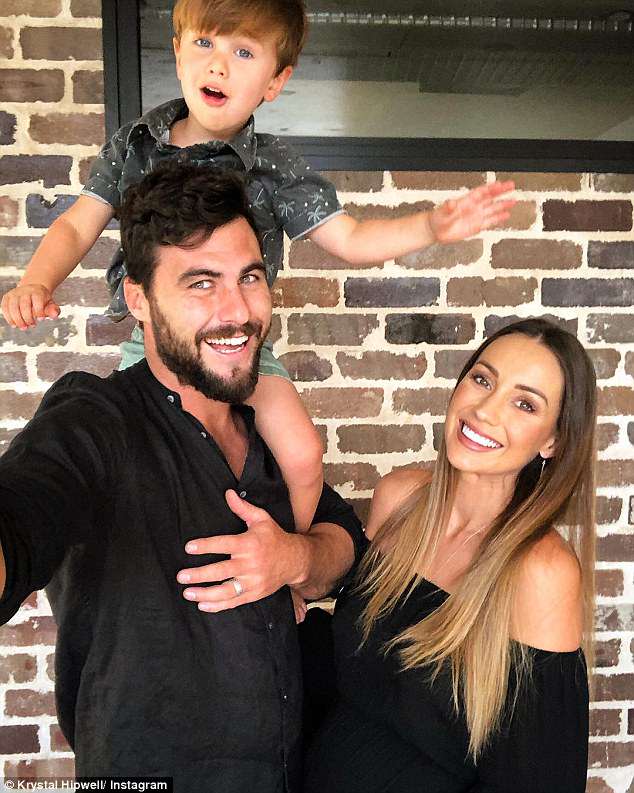 Soon to be four! Krystal has been counting down the days until her and Neil welcome their daughter in June

The couple recently revealed their second child will be a girl.

And as they wait for the arrival of their baby daughter, Krystal hasn’t been shy in sharing snaps of her pregnant body.

Earlier in the week, Krystal shared a stunning snap that showed her flaunting her bump in a teeny strapless bikini.

‘(Im)patiently waiting for you,’ she captioned the photo. 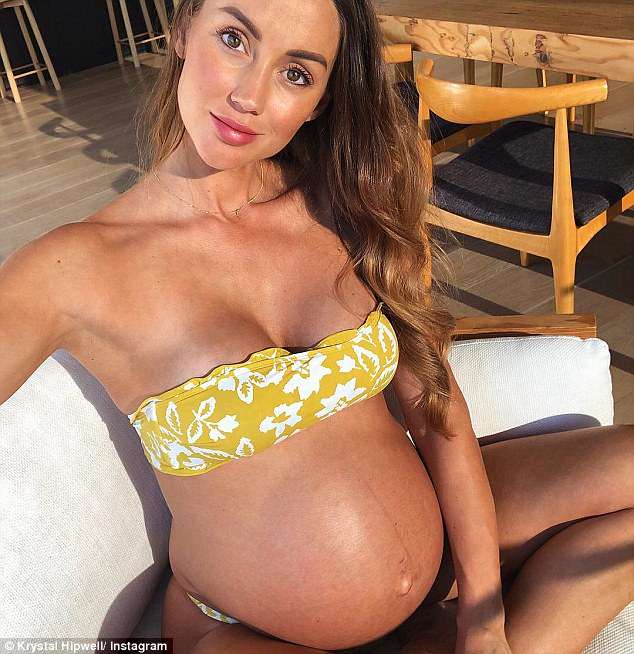 ‘(Im)patiently waiting for you’: Earlier in the week, Krystal shared a stunning snap that showed her flaunting her bump in a teeny strapless bikini