Furious shoppers were left waiting for up to eight hours to buy bargains at Big W’s online toy sale after the site was plagued by technical issues on Tuesday morning.

The popular annual toy sale is initially restricted to online because of the coronavirus pandemic. But at 12.01am, just one minute after the sale started, the site crashed because of demand from shoppers.

Shoppers were quick to express their frustration online after waking up early to try and secure a bargain. 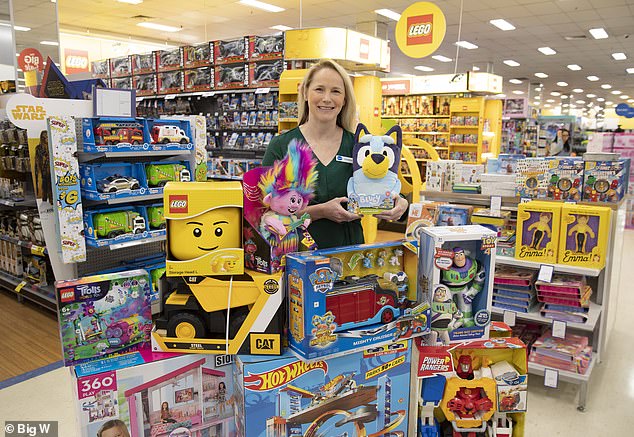 The annual toy sale quickly crashed under the pressure when people logged on in mass at 12:01 am on Tuesday

One woman said she waited from midnight until 8am to check out – before giving up.

‘Biggest waste of time ever. I still can’t get onto the website. Waited since 12am. I haven’t been able to edit cart or check out at all,’ she said on Facebook.

Others didn’t bother waiting to buy goods after the website said it would take at least four hours for them get on to the site.

‘Nope, I’m out. Sleep is more important. I had been stuck on 45 minutes for the past hour, then it changes to four hours. What a nightmare,’ she said.

‘I beg your pardon? four hours,’ said another mother sharing a similar image.

After logging on just after midnight, one woman said she had waited for eight hours to check out without any success before giving up 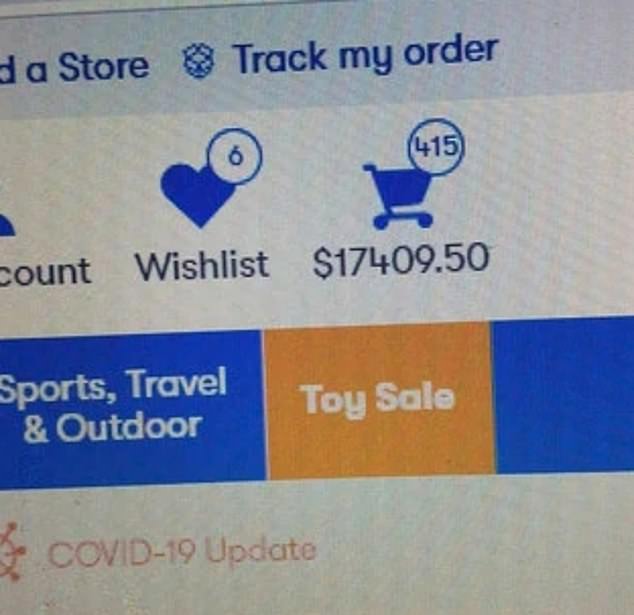 Shoppers struggled with technical issues with one woman sharing an image of her shopping cart that the system had added up to over $17,000

Many said they had been waiting in the queue for so long that by the time they logged on the items they wanted were completely sold out.

As of 11am on Tuesday, many users are still reporting that the website is down.

The lucky few that were able to access the website soon found the online sale plagued by technical issues that kept them waiting even longer.

While many were unable to pay for their items, one woman said the system incorrectly added $17,000 in toys to her virtual shopping cart.

‘Sites crashed. It’s added my wish list like 900 times!! And I can’t go to edit my cart. Anyone else having this problem?’ a woman said. 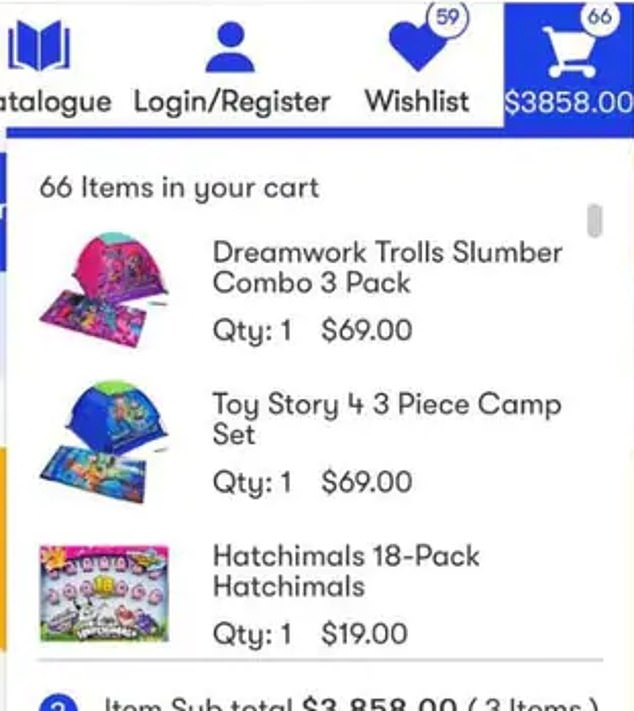 Another user shared an image of the system incorrectly totalling her $157 spend to almost $4,000 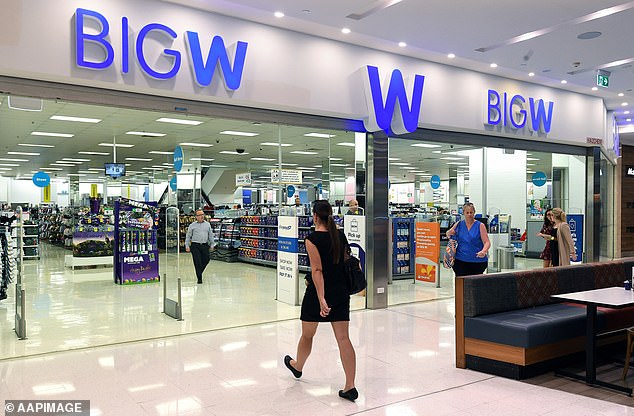 Another user shared an image of the system incorrectly totalling her $157 spend to almost $4,000.

The toy sale will not be available in physical Big W stores until Thursday with social distancing set to be heavily enforced for public safety.

This year’s sale is in stark contrast to 2019 where crowds of shoppers lined up at midnight before rushing in to grab any toys they could find.

A spokesperson from Big W said they believed the technical issues only impacted a few people.

‘At the strike of midnight, thousands of customers jumped online,’ they said.

‘We anticipated our online launch would attract a large number of savvy parents and introduced the BIG W Waiting Lounge to manage the virtual queue, much like they would experience in store.

‘Most shoppers checked out without a hitch but for a small number, there were a few technical glitches online that were swiftly resolved.

‘The online only Toy Mania sale continues online and starts in store on 18 June through to 15 July,’ they said.