Australia’s smokers and drinkers have been spared a tax hike on Budget night for the first time in almost a decade despite a string of forecast deficits.

Josh Frydenberg is the first Treasurer since 2012 to have avoided raising excise duty – colloquially known as sin taxes – for some easy revenue.

Since 2013, both sides of politics had annually increased excise duty on tobacco and alcohol.

A month before losing the election that year, former prime minister Kevin Rudd and his treasurer Chris Bowen announced Labor’s intention to introduce an annual 12.5 per cent tobacco excise over the next four years.

Smokers were hit just before Christmas 2013 followed by an annual sting on September 1 each year after that.

Mr Frydenberg himself persisted with the annual 12.5 per cent excise increase in his 2019 and 2020 Budgets.

But on Tuesday night, no excise increase was announced.

But the Budget papers expected revenue for beer to increase by $90million to $2.56billion as cash receipts for spirits climbed by $400million to $3.07billion during the next financial year.

With China punishing Australian wine exporters with tariffs of up to 200 per cent, the federal government is providing $224million in support, until 2025, in the form of an excise refund scheme. 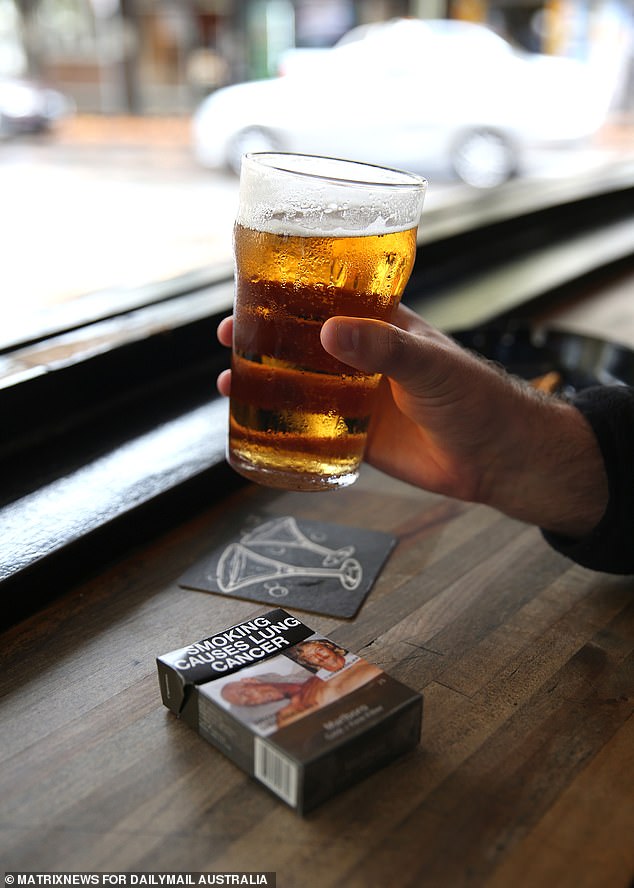 Every treasurer during the past decade has increased excise.

In 2010 Labor’s Wayne Swan, serving under Kevin Rudd, increased tobacco excise by 25 per cent from $0.2622 to $0.32775 per stick as part of a one-off revenue-raising measure after the worst of the Global Financial Crisis.

This was the first major increase in tobacco excise, beyond inflation, since the 1995 Budget when Paul Keating was prime minister and Ralph Willis was treasurer during an era when a 30-packet of Winfield Blues and Benson and Hedges cigarettes cost $6.50.

Mr Frydenberg on Tuesday announced a Budget deficit of $106.6billion for 2021-22 making up 5 per cent of gross domestic product.

Last year, he unveiled a Budget deficit of $213.7billion making up 11 per cent of GDP, the highest since World War II.

On Tuesday night, this was downwardly revised to $161billion or 7.8 per cent of GDP.

Deficits were forecast out to 2025, by which time Australia would have gone 18 years without a Budget being in the black.