A former Biggest Loser contestant has hit back at the show’s resident doctor Robert Huizenga after he sued for defamation after she claimed participants were given drugs on set to lose weight.

NBC’s popular weight loss reality show did not return to the airwaves for its 18th season after Joelle Gwynn publicly claimed staff made her take illicit drugs to shed pounds.

New court documents obtained by DailyMail.com reveal Gwynn is now demanding the suit be tossed, claiming Huizenga is a public figure and she has a right to express her ‘opinion.’

Gwynn was among several other former contestants who spoke to the New York Post in 2016 about the extreme regimens they were forced to undergo on set.

She claimed she was given a ‘yellow and black’ pill that made her feel ‘jittery.’

Contestant Joelle Gwynn, who was on the show in 2008, told the New York Post in 2016 that contestants were told to lie about their calorie intake and were given pills which left her feeling ‘jittery and hyper’ 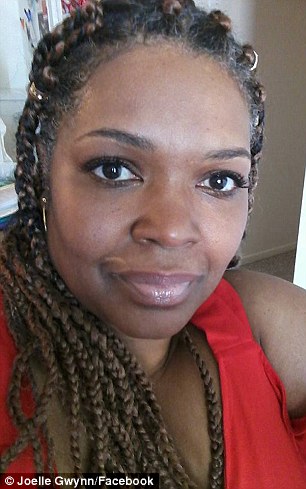 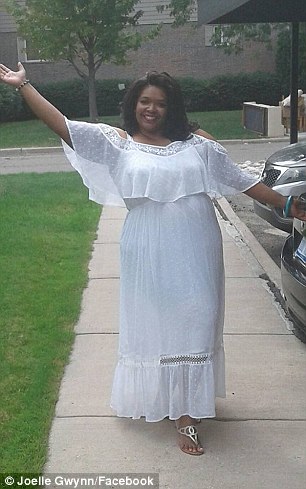 Gwynn, pictured in recent Facebook photos, is now demanding Dr Huizenga’s defamation suit be tossed. The former participant said the ‘weight rapidly came back on’ after she left the show

‘The next day, Dr H gave us some lame explanation of why they got added to our regimen and that it was up to us to take them….People chastise Bill Cosby for allegedly offering meds to women, but it’s acceptable to do to fat people to make them lose weight. I feel like we got raped, too,’ she told the outlet.

Huizenga subsequently filed a lawsuit against Gwynn and the news outlet, stating the story was ‘fabricated, fictitious and outright libelous.’

In an motion to dismiss filed on Monday, Gwynn’s attorneys have argued the statements in question do not specifically refer to the doctor and her comments are an ‘expression of opinion, not fact.’

‘The only reference to plaintiff is in one sentence….Plaintiff is neither the subject nor the object of any criticism in the remainder of the challenged statements and therefore cannot claim injury from them,’ the papers state.

The suit also states that Gwynn’s use of the term ‘rape’ contains ‘no assertion of objective fact’ about Huizenga, and should be stricken from the complaint completely.

She claims the statement was a ‘rhetorical hyperbole’ and is no more than her ‘subjective opinion about her own experience and the general treatment of people who are overweight, using colorful language to emphasize her point.

‘No reasonable reader would believe that Ms. Gwynn was claiming that she or any other contestant was actually raped.’ 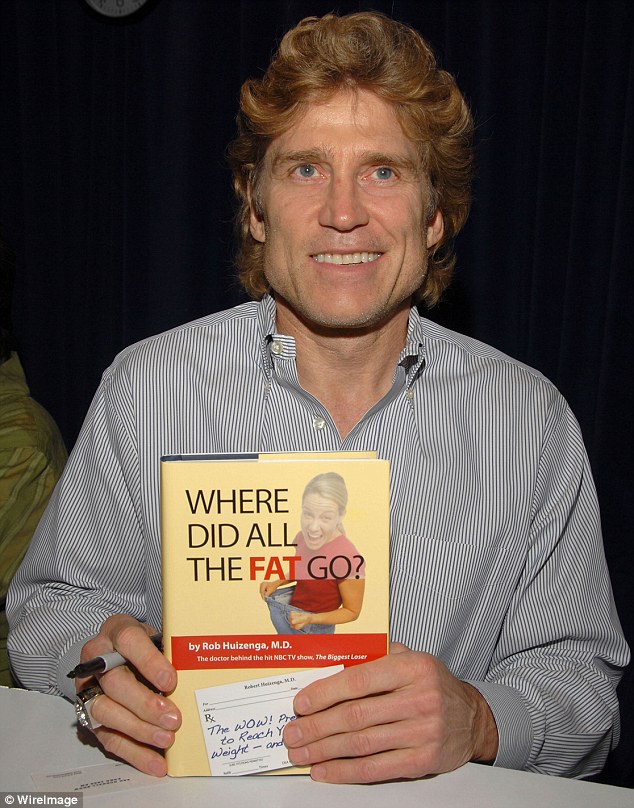 Dr Huizenga filed a lawsuit against Gwynn and the news outlet in 2016, stating the story was ‘fabricated, fictitious and outright libelous’ 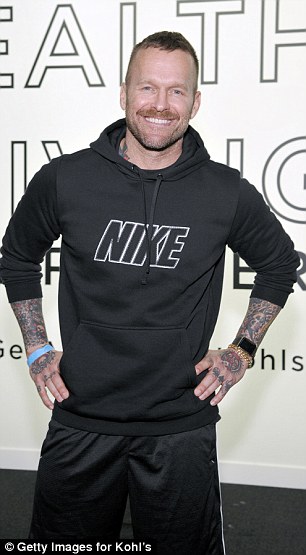 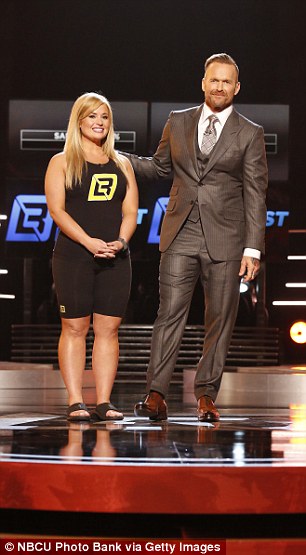 Gwynn also alleged that the show’s trainer Bob Harper (pictured) supplied them with Adderall – used to treat ADHD –  and pills containing ephedra extract, which has been banned by the FDA

Gwynn and numerous other contestants had revealed in the interview that they were forced to take pills, lie about their calorie intake, and later suffered from medical issues as a result of the show’s regimen.

‘Psychologically, you’re like a weight victim. The weight rapidly came back on. Your metabolism is all screwed up, but you think it’s you,’ Gwynn added.

One former contestant even called for the show’s cancellation.

Gwynn also claimed the show’s trainer Bob Harper supplied contestants with Adderall, a drug prescribed to patients with ADHD and is also known to suppress appetite, and pills containing ephedra extract, which is banned by the FDA.

Dr Huizenga told the news outlet, ‘nothing could be further from the truth’ and said the show had a ‘zero-tolerance’ policy for any weight loss drugs.

The doctor later blamed Gwynn’s comments in his suit as the reason the network pulled the plug on the long-running show. 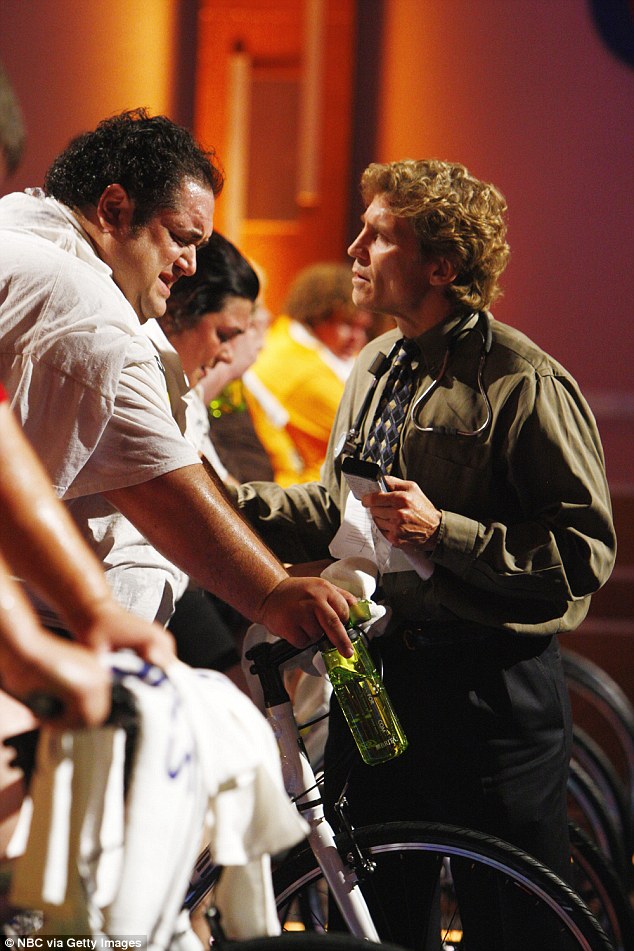 Bigger loser: Dr Huizenga previously slammed the claims as ‘libelous’ and ‘fictitious’ and even blamed Gwynn for the show’s cancellation as well as for his loss of employment for two upcoming television shows 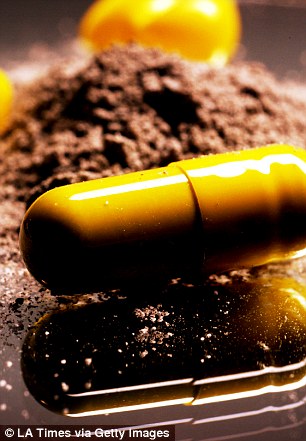 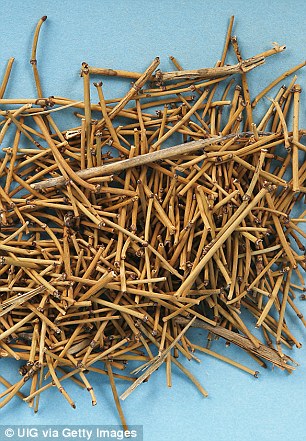 ‘Ms. Gwynn’s outrageous accusations, which resulted in the cancellation of The Biggest Loser and Dr. Huizenga losing two other opportunities on television, are particularly egregious given Dr. Huizenga’s strict life-long anti-drug beliefs and strict anti-drug policy on The Biggest Loser, where he did not even permit contestants to take legal, over-the-counter caffeine pills or drink more than one cup of coffee, much less illegal drugs,’ court papers state.

His attorneys stood by their claims of defamation saying a ‘defamed person need not be named in the defamatory words’ if the statements are enough to identify the injured person.

In addition to losing his role on the show, Dr Huizenga claims the controversy caused him to lose an upcoming role on another network show, and on another reality television show.

Season 17 of the hit show finished its run in February 2016 but NBC has not publicly announced a decision on future installments of The Biggest Loser since.