Bikers and truck drivers brawl on country road in Oklahoma

An insane brawl between motorcyclists and people in pick up trucks in the middle of a road near Oklahoma City was caught on camera.

The video shows a biker fighting with a man in a pickup truck after he cut the biker off.

The truck pulls to the side of the road and four motorcyclists pull over as well, including the one with the man taking the video.

The driver throws the biker to the ground and punches him repeatedly. 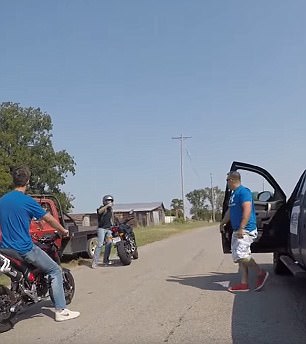 A motorcyclist and the driver of a pickup truck get into an argument on an Oklahoma road after the truck cut the cyclist off. They both stop in the middle of the road 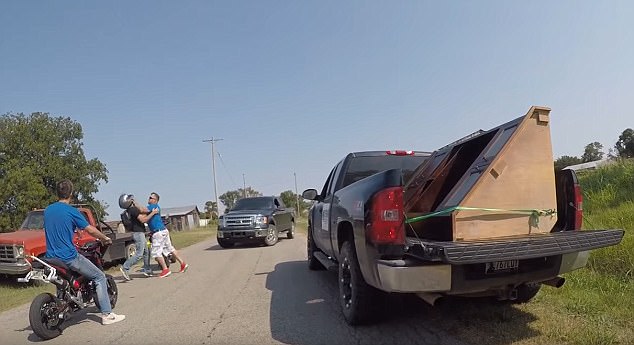 Another man in a pickup going the other direction notices the commotion and stops as well.

It’s hard to hear them talking over the sound of the bike.

A woman gets out of the passenger side and starts shrieking at the bikers.

‘There’s babies in the car,’ she says, adding that there are five children in the truck under the age of 10. 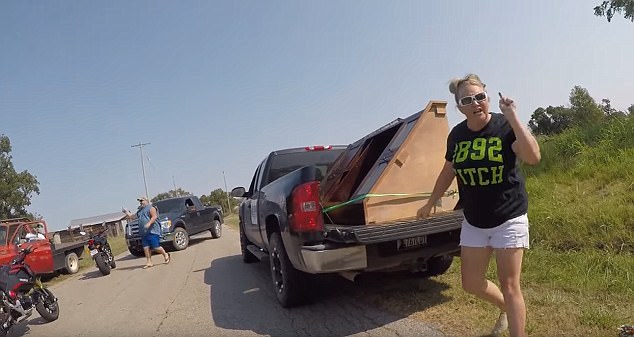 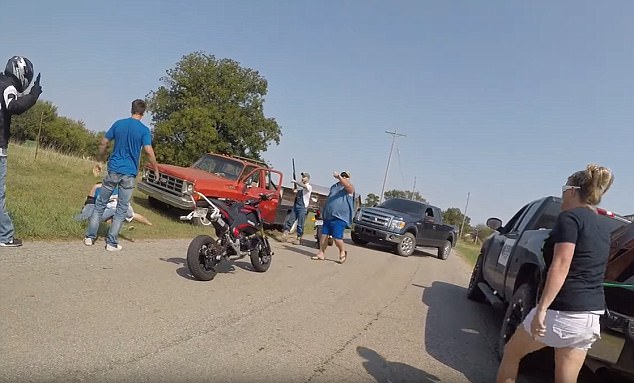 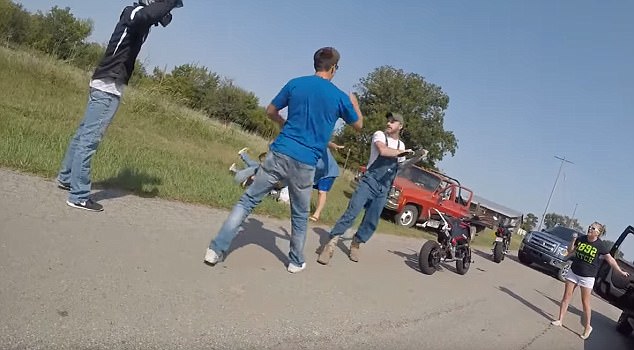 As the bikers try to intervene to help their friend, the second truck driver threatens to hit them with a shotgun.

A third truck shows up and a portly man gets out and yells at the other bikers to ‘Get the f**k back’.

‘We’ll get on our bikes and leave,’ one of the bikers says. 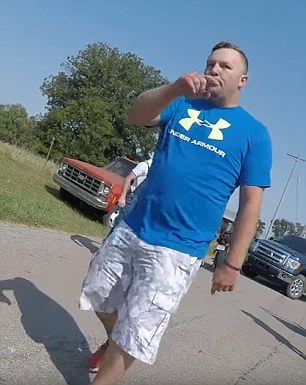 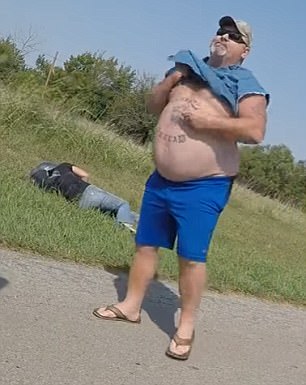 The first truck driver finally stops beating the biker and goes to confront his friends. Another truck driver holds his shirt up revealing a large tattoo as he yells at the bikers 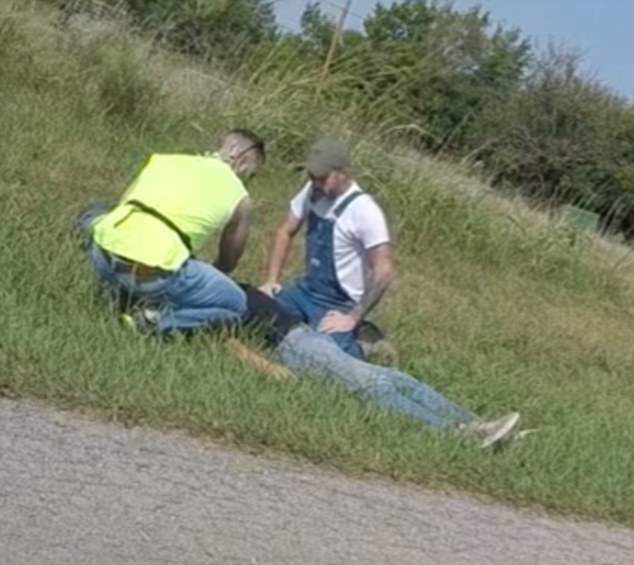 The portly man starts to yell at one of the other bikers lifting his shirt to show off a large tattoo on his stomach.

The violent argument continues as one of the other bikers tries to take pictures of the men but they take his phone.

They don’t seem to notice that there’s another camera rolling.

Another driver shows up and the fighting continues for another minute until the video cuts off. 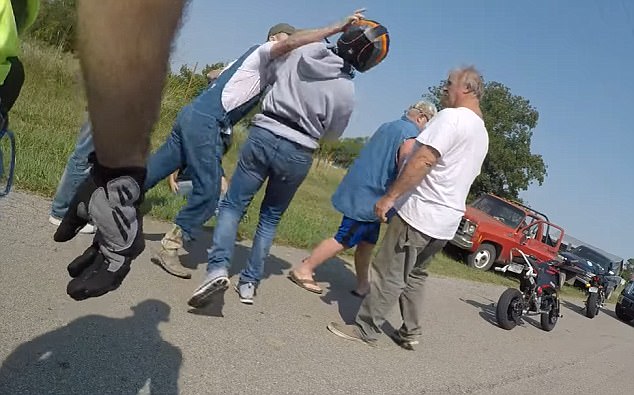 According to discussions in the comments, the fight occurred in Glencoe, Oklahoma, and the sheriff’s office is looking into the incident.

The sheriff’s office could not be reached for comment.

The video was posted to LiveLeak.com on September 12.