Pictured: Heavily tattooed bikie associate, 34, gunned down in brazen broad daylight execution, as top Rebel mourns his mate at the scene and killer remains on the run

A heavily-tattooed bikie associate has been murdered in a daring daylight execution in a shooting believed to be linked to the outlaw motorcycle gang wars with the killer still on the run.

Western Australia Police were called to a workshop in the Perth suburb of Gnangara just after 4pm on Thursday to reports a 34-year-old man had been shot in the stomach and the chest.

The man has since been identified as Joe Versace, with tributes flowing for the Perth local on Facebook.

‘I’m lost for words … I’ve had goosebumps ever since my last phone call … I can’t believe it,’ one friend wrote.

‘Joe Versace my heart goes out to you and your beautiful mother and family an amazing daughter. I love you Jojo, I’m so sorry.’

When another friend asked what happened, the woman who posted the original tribute wrote ‘Joey got shot and died’.

Joe Versace, 34, has been confirmed as the man who was shot dead in a daylight execution 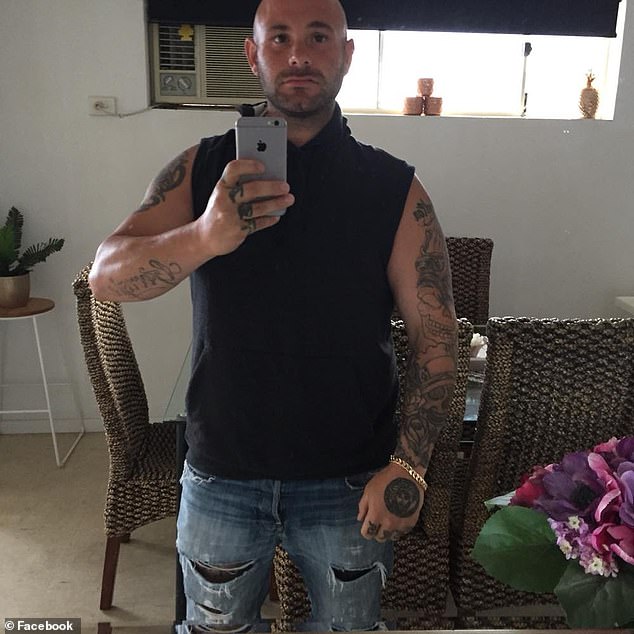 Versace was shot twice, once in the chest and once in the stomach, with paramedics unable to save him when they arrived at the scene on Thursday afternoon

Paramedics attempted first aid after finding Versace ‘lying on the ground’ but he was unable to be saved, police said.

Photos from Versace’s various social media accounts showed the heavily-tattooed man working out, going for a walk with his dogs and appearing to urinate on a police vehicle.

Versace also appeared to be a fan of his namesake brand, posting a photo of a thick, gold Versace chain with its iconic Medusa head logo.

The 34-year-old leaves behind one young daughter. 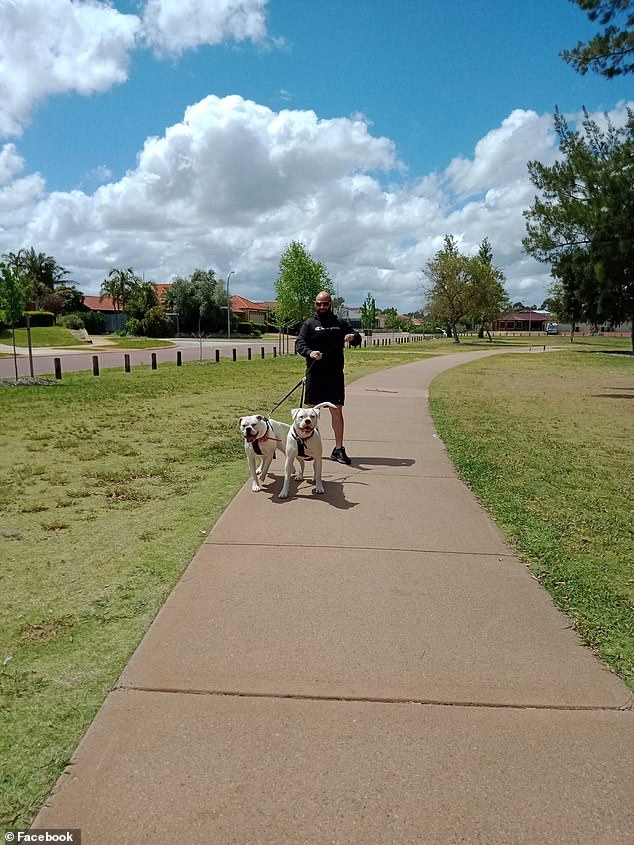 Versace walking with his dogs in Perth 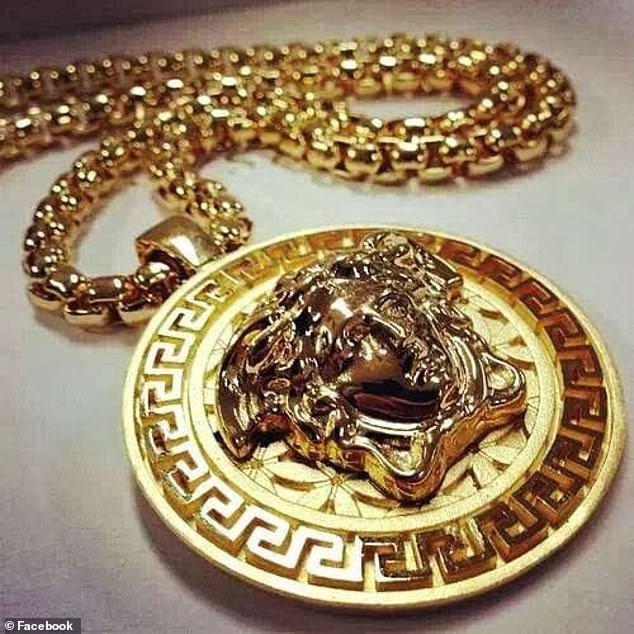 Versace used his Facebook to post photos of his daily life, including this picture of a Versace chain

Detective Senior Sergeant Keith Neubronner said police did not believe there was a risk to the public but urged locals to stay ‘vigilant’.

‘We do not believe that the shooter poses a threat to the community … because at this point we believe the shooting was targeted,’ he told reporters at the scene.

‘We’re still collecting information and intelligence with regards to the identity of the person or persons involved.

‘We know who the victim is but we’re trying to ascertain his connections to other people.

‘We ask for the community to be vigilant and keep an eye out on exactly what’s going on, and if they need to report anything to report it on Crime Stoppers.’ 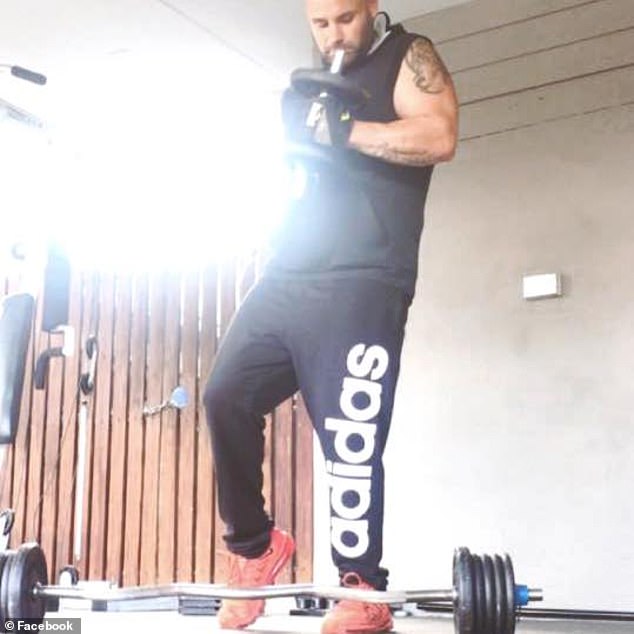 Versace is believed to have been killed in a targeted shooting

The man was shot and killed in Gnangara, in Perth’s northern suburbs

Security has been tight around the area with residents of nearby Lakelands Lifestyle Village only allowed to go into their homes by providing proof of address. 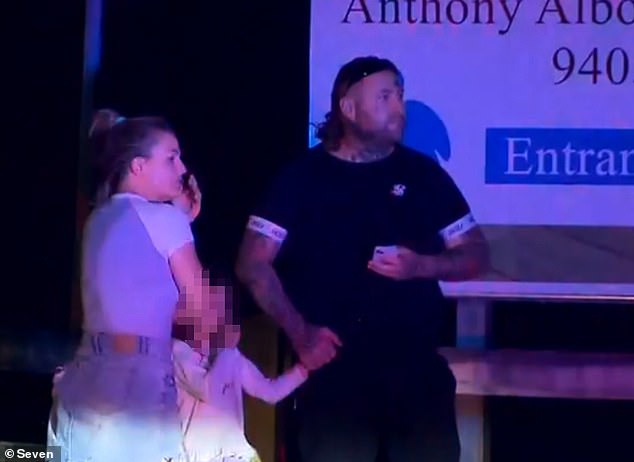 Raimondi (pictured right) was spotted at the scene consoling other people 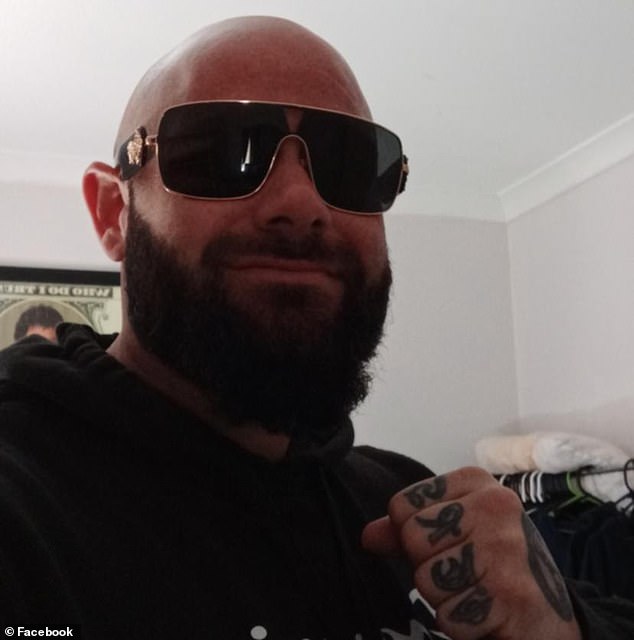 Tributes are already flowing for Versace after he was murdered yesterday

Homicide detectives arrived at the workshop around 7pm on Thursday with forensic teams surveying the grisly scene.

Police are urging the public to provide any relevant CCTV or dashcam footage of the hours leading up to and after the shooting.

It has been almost two years since top Rebel member Nick Martin and one of Raimondi’s closest friends was assassinated by a sniper while out in Perth.

Martin, the long-term president of the Rebels, was shot dead by a hired assassin as he watched drag racing at Perth Motorplex in December 2020 with his family.