A bikini-clad woman accused of punching a council worker at a beach has claimed she was acting in self-defence.

Zoe Ouchirenko, 24, was allegedly filmed attacking a ranger on Bribie Island in Queensland at about 2pm on November 9.

She is also accused of throwing a handful of sand at the worker after she was asked to stop climbing a World War II relic.

Outside court, Ouchirenko performed a ‘chicken dance’ when approached by 7News.

‘Let’s all do the chicken dance or something,’ she said as she was asked about the alleged attack.

She claimed one of the rangers ‘came at me’.

Ouchirenko said she climbed the WWII memorial in the hopes of ‘getting a tourist photo’.

Footage allegedly showing Ouchirenko involved in the altercation with a ranger was released by Queensland police in the hopes of finding who she was.

She will face court again next month. 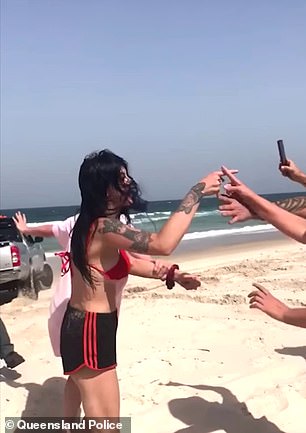 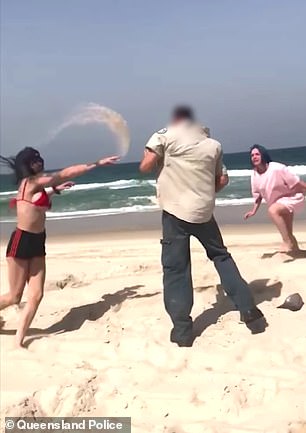 Ouchirenko allegedly threw sand at the ranger before her friend in the pink dress kept the pair apart. 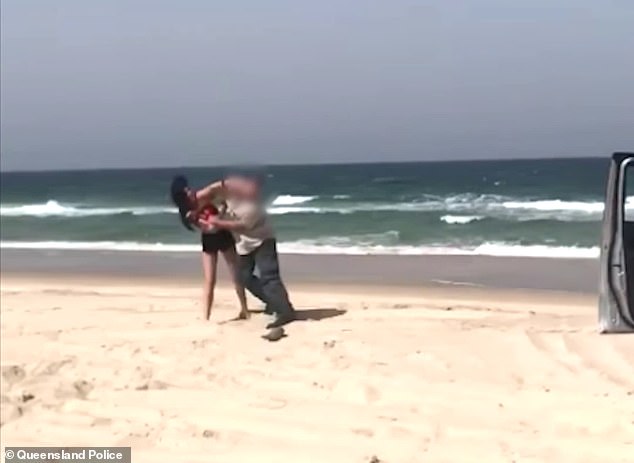