Billionaire philanthropist Bill Gates said he believes this year will mark the end of the poliovirus.

Since 1988, there has been a significant drop in cases worldwide from 350,000 to an estimated 12 people infected currently.

Poliovirus spreads with human-to-human contact and can live in the person’s throat and intestines before invading other areas.

‘Progress in fighting polio might be one of the world’s best-kept secrets in global health,’ Gates said in the Bill and Melinda Gates Foundation’s annual letter. ‘If things stay stable in the conflicted areas, humanity will see its last case of polio this year.’

But health experts warn that the virus is symptomless and will continue to spread in people for decades to come.

Bill Gates and his wife, Melinda, have donated part of their money towards polio vaccinations. The billionaire said that he believes the infectious disease could be eradicated this year. He spoke a the Lincoln Center in NYC on September 20 about global poverty and disease

Gates wrote in the letter: ‘When polio is eradicated, the world can dedicate polio funds to improving child health, and the lessons from polio will lead to better immunization systems for other diseases.’

In 1988, the poliovirus was in 125 countries and had paralyzed more than 350,000 people, according to the foundation’s website.

What is polio and how can it be treated?

Polio, or poliomyelitis, is a deadly infectious disease that is caused by the poliovirus.

Once someone has the virus, it invades into their brain or spinal cord and causes paralysis.

Most people (about every 72 out of 100 cases) won’t experience any visible symptoms.

More severe symptoms include paralysis of the body and meningitis.

There is no cure for polio once someone has been infected.

A polio vaccine is available and recommended for all people to take to prevent them from contracting the disease.

The Global Polio Eradication Initiative was then created to fight the deadly virus and stop it from spreading.

Once someone has the virus, it is possible for it to move into the brain or spinal cord and cause permanent paralysis.

But this only occurs in one to every 200 people with the virus, according the the Centers for Disease Control and Prevention.

The introduction of the poliovirus vaccination since 1988 has helped decrease the amount of people who have gotten the infectious disease.

Since the virus isn’t treatable, this preventive measure is the only known option to prevent people from contracting the virus in the first place.

The Bill and Melinda Gates Foundation has donated more than $3 billion towards providing people with polio vaccinations around the world, according to CNBC.

Dr Jay Wengar, who works for the foundation and leads its polio erradication efforts, told CNBC that there are currently only 12 known polio cases worldwide.

Those two countries are Afghanistan and Pakistan.

Gates and his team believes the virus could end this year before another outbreak occurs through pushing vaccinations around areas with known infectious cases.

But Dr Richard Bruno, chairperson for International Post-Polio Task Force and director of The Post-Polio Institute, told Daily Mail Online he is not convinced.

‘Eradicate polio in the next two months? Sadly, no,’ Dr Bruno said. ‘Gates conflates eradicating cases of polio with eradicating the poliovirus, which will live in the intestines of symptomless carriers and be passed around for decades.’ 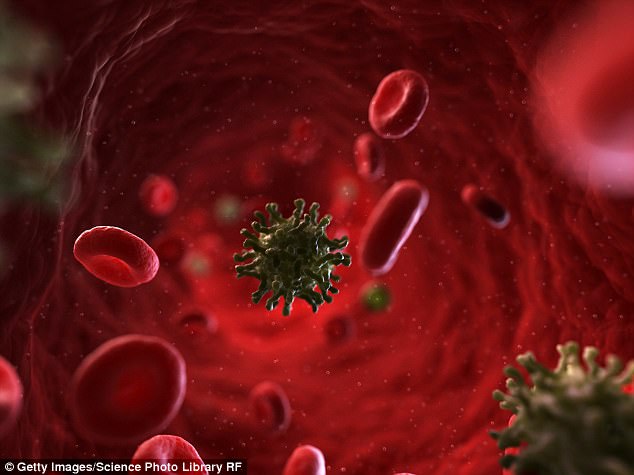 The poliovirus spreads from human-to-human contact. It can live in the intestines for many years without showing any symptoms. The more severe cases will cause paralysis because the virus will spread to the brain or spinal cord