Billionaire heiress denied being drunk in charge of child

Nicole Ovchinnikova, 37, who is said to be friends of Kate Moss and Paris Hilton, denies going on a 17-hour all night drinking binge while looking after a child

A billionaire heiress convicted of being drunk in charge of a child is appealing and claims she had only had two drinks and walked in a ‘zigzag’ because of a limp.

Nicole Ovchinnikova, 37, who is said to be friends of Kate Moss and Paris Hilton, went on a 17-hour all night drinking binge while looking after the child, magistrates were told.

An earlier trial heard she arrived at the Canary Wharf hotel at 5.40pm with the child and a male friend, and was seen still drinking 17 hours later at around 10.30am the following morning.

But an appeal hearing at Snaresbrook Crown Court was told today that she says she was not drunk, and only had two glasses of wine at dinner.

Zarif Khan defending suggested Ovchinnikova was unsteady because she has a limp not because she was drunk.

The court heard she arrived at the four star International Britannia Hotel in Canary Wharf, east London, at 5.30pm on March 1 this year with the child and a male friend called Paul Brierley.

The child was said to be present and was even sitting on her lap at 7am when police arrived.

A manager said Ovchinnikova could not walk or talk properly when he saw her in the lobby the next morning, and another witness said he thought the child had not slept all night.

The Russian fashion designer and heiress to the Brandy Melville brand also allegedly verbally abused police officers who said they could smell alcohol on the sometime model’s breath, and there were a large number of empty glasses on the table where she had been sitting.

The socialite claimed she got dragged into an argument her friend was having with hotel staff in the morning.

Ovchinnikova also claimed to have only drunk a small part of the wine she was given during dinner.

She argued both her and the child went to bed before coming back down for breakfast the next morning at around 7am. 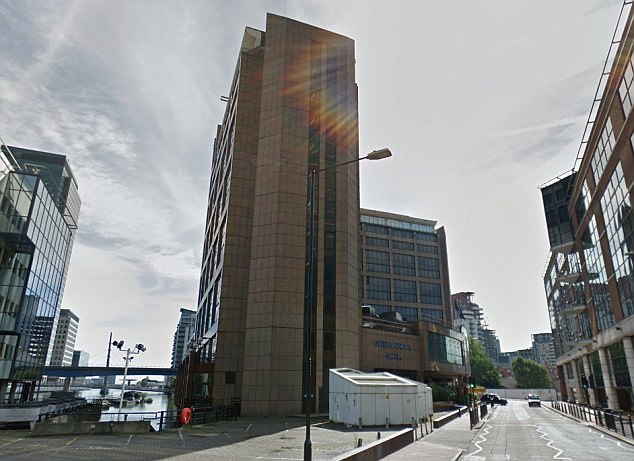 During her earlier trial at Stratford Magistrates Court she said she heard that day her former partner was having a baby with her best friend and this news made her very upset.

Ovchinnikova denied one count of being drunk in charge of a child, but was found guilty following a day-long trial on July 10.

At Snaresbrook Crown Court today, wearing a dark blue jacket and skirt with a white blouse, she sat behind her legal representative during the hearing.

The court was played a 999 called made by hotel staff which the said the couple were drunk with a child ‘were out of their mind and talking nonsense’ and had not slept all night.

David Jenkins QC, prosecuting, said: ‘This is an appeal against conviction of being drunk in charge of a child.

‘She went with an au pair and a male friend to the hotel. At some point the au pair left and the defendant was there with her friend.

‘Hotel staff saw her there and noticed they had been drinking quite a lot by the early part of the morning.

‘She was seen with a glass in front of her and neither were steady on their feet and their behaviour appeared to be drunk.

‘Hotel staff were worried about the child and phoned police.

‘When officers arrived they approached her and she was extremely abusive to the officers.

‘She was arrested and was abusive to officers at the police station as well.. She made full admissions in her interview.

‘She said she had been drinking and that she was upset that her former partner had got engaged to her best friend.

‘She also said if she knew she was going to get that drunk she would have left the child with the au pair.

‘It is the prosecution case the defendant and the male were drinking all night and by the early morning she was drunk.’ 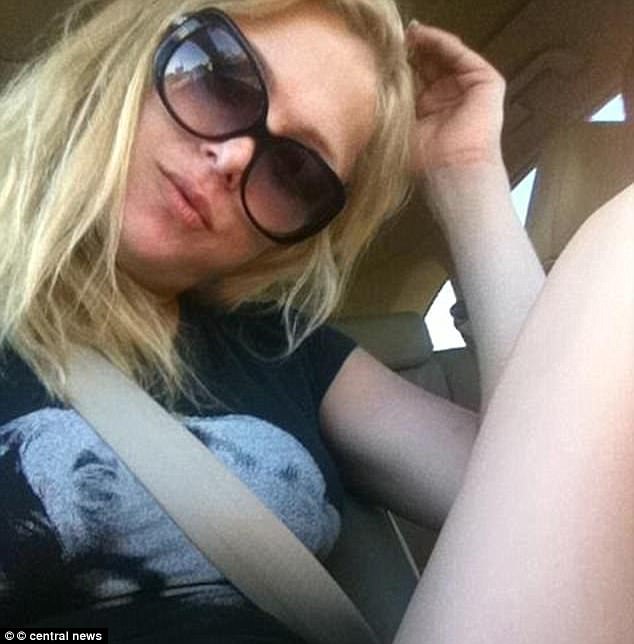 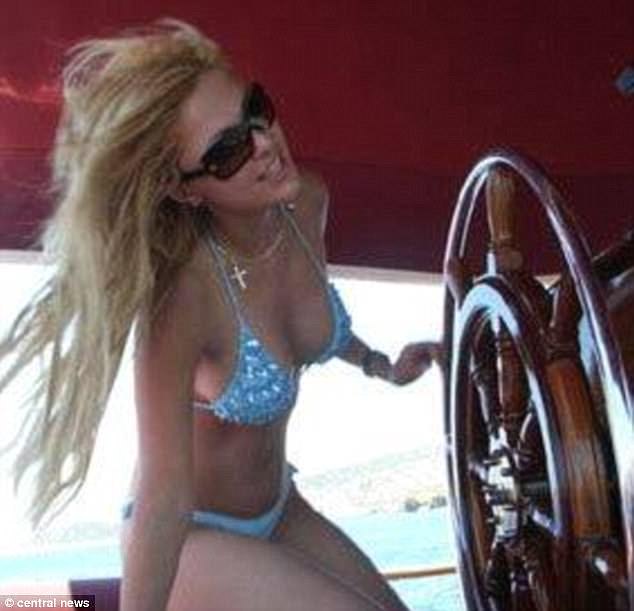 Hotel night manager Ramil Rosales said he heard her talking loudly and appearing to be drunk from when his shift started at 10pm until 7am.

He said: ‘She was wobbling, she was very loud. It’s not normal to be talking loudly if you are not drunk.

‘She had a wine or Champagne glass in her hand. There was wine on the table.

‘Every time I went out to check the bar she was still there talking very loudly and I could hear her even in the office.

‘Every time she got up from the chair she was staggering.’

Zarif Khan defending questioned the accuracy of his evidence.

He said: ‘Did you actually see her being unsteady on your feet?

‘Are you making this up as you go along?

‘I suggest what happened was that when police approached you in relation to this your memory wasn’t good, what you remember was hazy.’

Fellow hotel worker, Pascal Languila, who took over at 7am, told the court he saw Ovchinnikova with the child on the sofa in the lobby.

He said: ‘There was a couple with a child in the lobby. There were a few glasses on the table and she was not walking in a straight line.

‘She was walking like a drunk person in a zigzag.

‘I saw her face and she looked drunk. She looked sleepy, I’ve seen drunk people all the time.

‘The male lost his balance and went down. He was staggering then got up.

‘It was the middle of the week and child wasn’t at home and they were drunk so we were worried and called police.’ 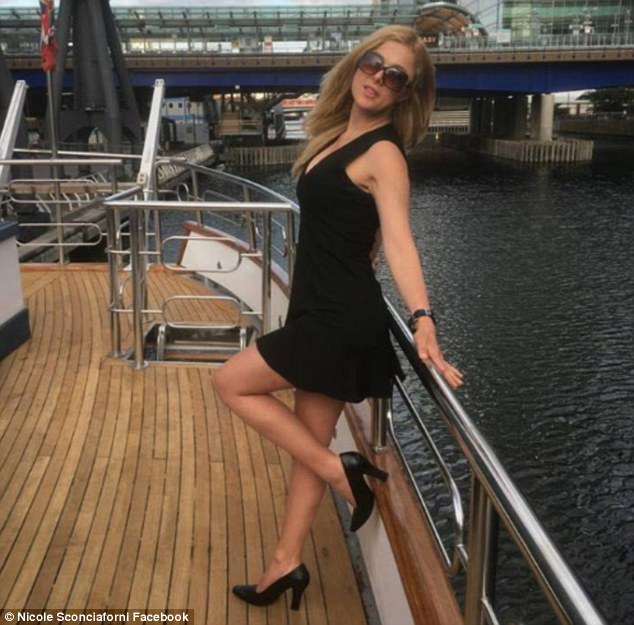 Ovchinnikova was previously ordered to pay a £500 fine, £620 court costs and a £50 victim’s surcharge but is now appealing

Mr Khan suggested Ovchinnikova was unsteady because she has a limp, and asked if he had been bribed to call police.

He said: ‘The only two things that lead you to the assumption she was drunk was the glasses on the table and the way she was walking.

‘Did you notice she had a slight limp and the way she walks is slightly abnormal?

‘You assumed she had been sitting there drinking. You only saw them for a few seconds and it is quite a distance between he sung doors and the sofas.’

Mr Khan asked Mr Languila what happened between 7.45am when he noticed her stumble and when police were called at 9.36am.

He said: ‘Were you paid any money by anybody? Were you asked to called the police by anybody?

‘Why did you leave the hotel? Do you know who this lady is?