Billy Connolly reveals the secret to being funny: Stay off booze and drugs before you go on stage

Billy Connolly reveals the secret to being funny: Stay off booze and drugs before you go on stage

By Stuart Macdonald For The Scottish Daily Mail

At the start of his comedy career, he was well known as a hellraiser who thoroughly enjoyed a drink.

But now Sir Billy Connolly has warned budding stand-up comedians about the dangers of alcohol and drugs in the industry.

The Big Yin told how he risked his own career by drinking too much and advised young comics to steer clear.

The 79-year-old, who is suffering from Parkinson’s disease, has launched online comedy masterclasses on the BBC Maestro service where he shares wisdom from his 50-year career.

Sir Billy Connolly, 79, (pictured) has warned budding stand-up comedians about the dangers of alcohol and drugs in the industry

The Glasgow-born star said performing or writing material while under the influence never works and affects ‘sharpness, judgement and insight’.

He explained: ‘Drugs and alcohol should be avoided if you’re going to be a good comedian. It seems like a great idea at the time and it feels like a great idea. Where there’s comedy, there’s drink and drugs. It’s nowhere near as bad as it used to be, but comedy is part of the night-time economy, and so is booze.

‘Alcohol and drugs feel like shortcuts to achieving the confidence you need to stand in front of people and make them laugh, but it’s always a mistake.’ 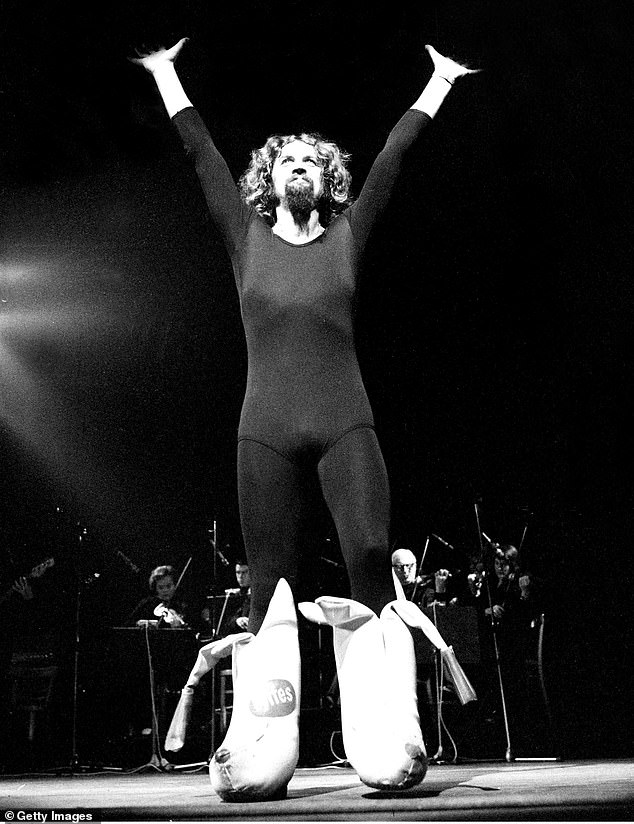 In the course, Sir Billy also tells how his wife Pamela Stephenson helped him to quit drinking and said he had her to thank for his longevity.

He said: ‘I used to be out of control. My roadie would be standing off stage with a gin and tonic and a cigarette and I would say “Thank you ladies and gentlemen” and walk right into it.

‘You have to settle down or you won’t last. My wife made me do it. She said “Take it easy, you’re burning out”.’