Billy Joel’s home has been targeted by burglars who smashed up 12 of his beloved motorcycles and an office.

Nassau County Police Department confirmed a burglary in the area during that time, which sources told TMZ belonged to Joel.

Billy Joel has long been a fan of motorcycles and has a shop near his home which includes a ‘motorcycle gallery’ where he builds bikes and displays his collection of 60 vintage bikes (Joel is pictured at his store 20th Century Cycles in Oyster Bay, New York) 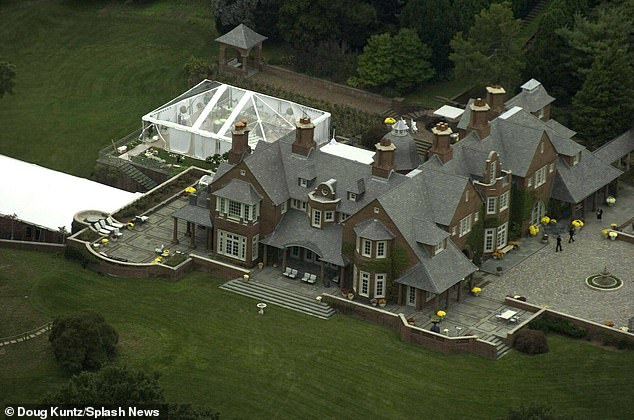 The extent of the damage is unclear, but officers said 12 motorcycles and a home office had been vandalized.

Officers also revealed that the crooks appear to have smashed through a glass door leading to the garage in Joel’s home. It is unknown if the singer was at home during the break-in.

Joel has long been a fan of motorcycles and has a shop in nearby Oyster Bay which includes a ‘motorcycle gallery’ where he builds bikes and displays his collection of 60 vintage bikes.

Bruce Springsteen has even used a bike built by Joel, which broke down in 2016 and a group of veterans had to rescue The Boss.

Joel built the motorcycle for Springsteen at the 20th Century Cycles shop in Oyster Bay, a town in Long Island. 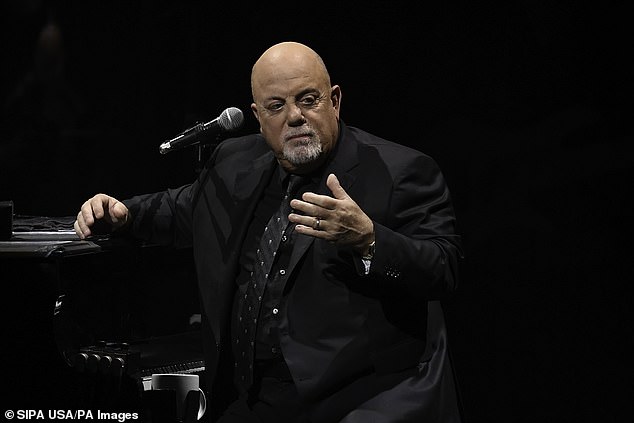 The extent of the damage at Joel’s home is unclear, but officers said 12 motorcycles and a home office had been vandalized (pictured, Billy Joel in concert earlier this month)

His sizeable collection of two-wheeled machines has often come in handy. Some years ago he ran into Bono in the Hamptons at The American Hotel.

‘We got talking about music, shot the s*** and then he asked for a ride back. But he didn’t know how to get to where he was staying.

‘I’d gone to the hotel on a little Vespa with a sidecar I used to take the dogs in. Bono went in the sidecar. We were driving around in Sag Harbour, a tiny place, and he still didn’t know where he was going.

‘I said, “Give me some landmarks” and he says, “There’s trees and some water.” We were surrounded by trees and water.

‘People were looking at me with Bono in the sidecar with an are-you-kidding-me? look. It took about an hour to find his hotel, which was five minutes away, but we had fun!’