Bingo players in Canada got more than they bargained for at a supposedly family-friendly game on Monday evening.

One of the TV screens at Carnival Bingo in Prince Albert suddenly started playing a hardcore pornographic video.

A woman who was there with her mother and sister-in-law recorded the blunder on her phone. 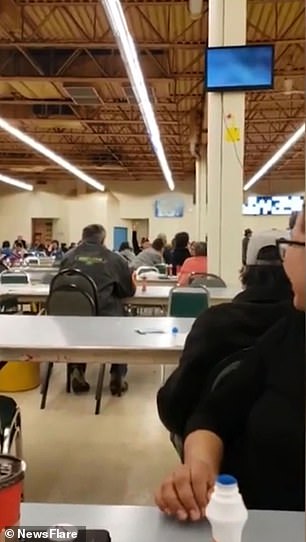 Patrons of the Carnival Bingo in Prince Albert, Canada got an unexpected eyeful (explicit images blurred) during Monday’s game. Some saw the funny side, with one onlooker saying: ‘My sister later won bingo so you can say she got lucky twice’

Her video shows unwitting onlookers laugh and look around in shock as the explicit images are broadcast on the TV monitor.

The patrons are mainly elderly, but there also appears to be a child with its back turned to the offending screen.

The woman posted the video on social media, where it was shared extensively, commenting: ‘When you’re asked to go play bingo but yet you go for this instead.’

The bingo hall has blamed a security hack.

‘We had some new technology installed in the building and had a bit of a security breach with that technology,’ Carnival Bingo Manager Todd Bernier told paNOW.

‘We’ve since had that corrected.’ 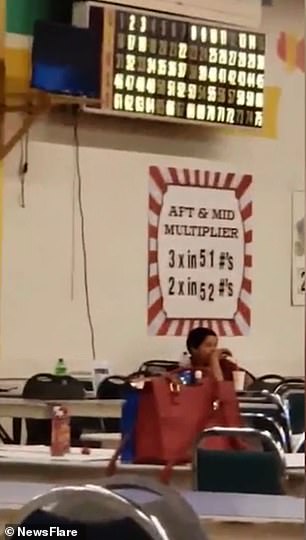 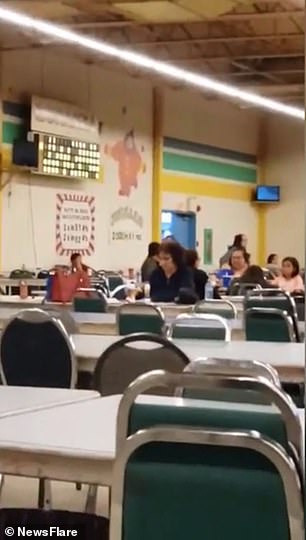 A woman recorded onlookers’ reactions. The bingo hall is meant to be a family-friendly venue and there appears to be a child in the room 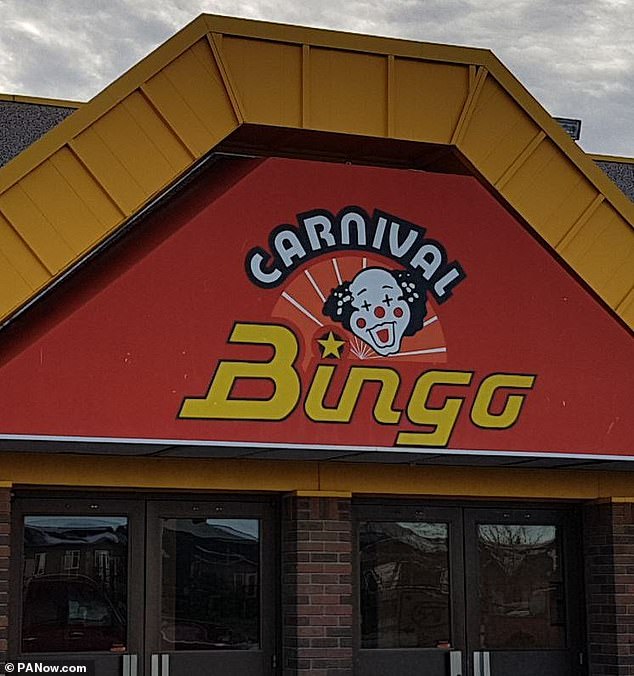 He was not aware of any children being exposed to the indecent video.

The manager said his company had received several phone calls about the incident, but ‘everyone’s been very understanding’.

A patron who was there on Monday evening, Anna Merasty, saw the funny side of things.

‘My sister later won bingo so you can say she got lucky twice.’