A leading biochemist has busted the biggest myths around energy – including whether you really need coffee to function in the morning and if you can catch up on lost sleep at the weekends.

Australian expert Dr Libby Weaver said there are many nutritional, biochemical and emotional processes that contribute to whether or not we feel energised throughout the day, but getting on top of your tiredness isn’t as simple as you think.

Dr Weaver shared the six major myths she hears from clients, and revealed whether there is any truth in them. 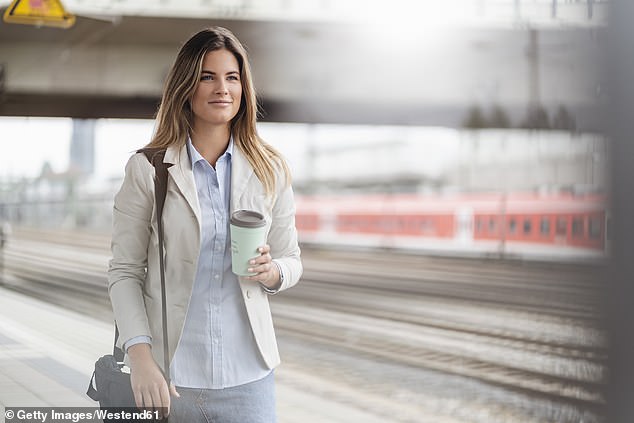 Dr Weaver said many people think they need coffee to get through the day and this is a self-fulfilling prophecy as once you’ve had one, you think you need more (stock image)

1. I need coffee to get through the day

Speak to many a busy office worker, and they’ll tell you that their hit of caffeine first thing in the morning is what gets them through a day of back-to-back meetings.

But Dr Weaver said this is a self-fulfilling prophecy, as drinking coffee often leads people to feel like they need ‘more caffeine or sugar to get through the day’.

‘Often, people are shocked by how much more energy they have without relying on caffeine,’ Dr Weaver wrote on her website.

‘Our bodies have an amazing ability to create extraordinary energy when our energy systems are supported by our lifestyle choices.’

If you are someone who drinks caffeine, the biochemist recommends you try to cut the amount you have in half each week until you reach zero.

Then, after two weeks with no caffeine, take note of how you feel.

While you might have felt fatigued at first due to the caffeine withdrawal, Dr Weaver explained you should feel as though your energy increases naturally.

You could always replace the habit with a cup of herbal tea.

2. Breakfast doesn’t agree with me

If you think you’re not a breakfast person and it ‘doesn’t agree’ with you to eat first thing in the morning, you’re not alone.

But Dr Weaver revealed it’s a complete myth to think this way, as not eating breakfast is only likely to lead to you feeling ravenous by mid-morning and more likely to eat something that isn’t good for you.

Try starting your day with something nourishing to keep your energy levels consistent throughout the morning and improve your cognitive function.

If you really feel as though you can’t eat as soon as you wake up, then maybe consider why this could be the case.

For example, the expert said, you could be eating too late into the evening. 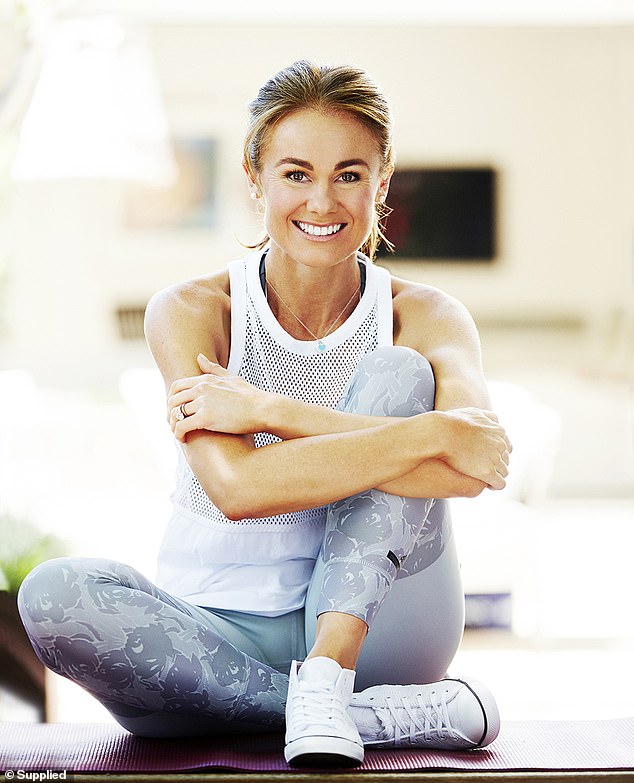 Dr Weaver (pictured) said many people associate fatigue and tiredness with iron deficiency, but it isn’t only your iron levels you need to keep an eye on but vitamin B and iodine too

3. If my iron levels are fine, my nutrition isn’t an issue

And while this is correct, there are also other nutrients which are key for perfect health.

‘For example, without the consumption of sufficient B vitamins, the pathways that are responsible for the conversion of food into energy can be inefficient, leaving us feeling sluggish and tired,’ she said.

You should also concentrate on getting plenty of iodine, in order to avoid an under-active thyroid.

The best diet is a varied one, filled with plenty of plants and leafy green vegetables.

Dr Weaver recommends you pay attention to your body and how it feels after you eat certain foods.

4. A quick sugar hit will boost my energy

If you feel tired and lacklustre, often the easiest thing to do is reach for a bar of chocolate or a biscuit to act as a quick pick-me-up.

But Dr Weaver said while you might think the sugar hit will give you a rush of energy, this will inevitably lead to a crash – and then an ‘energy rollercoaster for the rest of the day’.

‘Including more good quality fats from whole foods will typically provide more lasting, sustained energy and help to prevent the cravings for more sugary foods and drinks that can arise when our energy dips low,’ she said.

Opt for raw nuts and seeds and extra Virgin olive oil when you can to stay full and satiated. 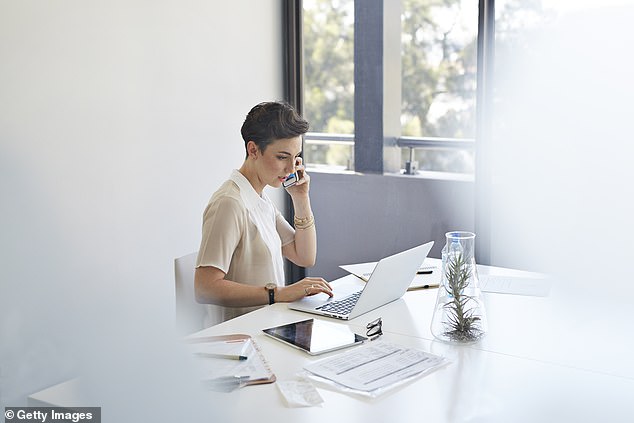 ‘Banking’ sleep is a popular tactic by people who go to bed a bit late during the week or weekend, and then try to ‘catch up’ later – but Dr Weaver said it’s not possible (stock image)

5. I can catch up on sleep later

‘Banking’ sleep is a popular tactic by people who go to bed a bit late during the week or weekend, and then try to ‘catch up’ later.

But Dr Weaver said we need between seven and nine hours of sleep a night, and we cannot catch up by getting more later.

She suggests you aim for closer to the nine hour mark if you can, as some studies suggest we need this much for our bodies to be able to undergo all of their vital repair work.

6. Watching TV at night helps me to relax

Finally, Dr Weaver said if you think that watching TV at night will make you more relaxed, it pays to know that the opposite is true.

The blue light emitted from screens disrupts our natural circadian rhythms and makes us feel more awake – even if we’re exhausted.

The expert said you should turn off all devices some 90 minutes before you intend to go to sleep and instead read a book or a magazine.

Your sleep will be deeper and longer as a result of this.