Clive Reid, pictured, who led police on a terrifying ten-mile chase at speeds of up to 146mph, has been jailed for one year

A disqualified driver who led police on a terrifying ten-mile chase at speeds of up to 146mph has been jailed.

Clive Reid, 39, tried to outrun officers despite having two wheels of his Audi punctured by a stinger which also caused another tyre to fall off.

The former used car salesman was eventually arrested after the chase through Birmingham in the early hours of February 22.

Reid, of West Bromwich, West Midlands, was jailed for 12 months and banned for three years after he admitted dangerous driving and driving while disqualified at Birmingham Crown Court.

Judge John Wait told Reid he had performed many dangerous manoeuvres as he tried to ‘shake off’ police, including going through red lights and hitting speeds of 146mph.

During the chase, Reid weaved in and out of traffic before speeding onto the M6 motorway where he careered onto the hard shoulder and undertook a lorry. 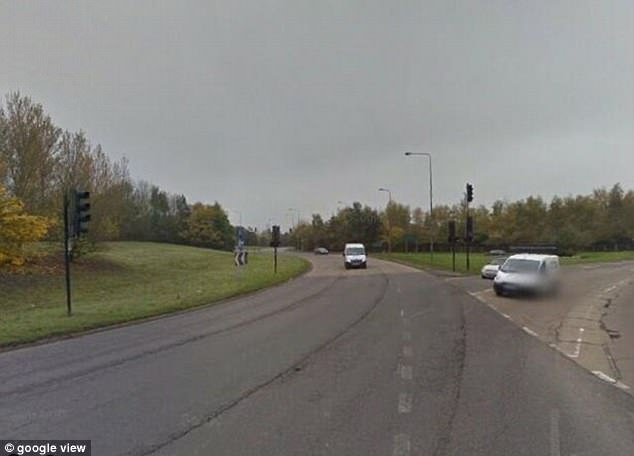 He then left the motorway and went on to the A452 where he was driving almost three times the 50mph speed limit before officers managed to deploy a stinger.

Despite one of the front tyres getting loose, Reid continued driving away on the rims of the wheels before he was finally arrested when police boxed him in.

Judge Wait added: ‘You went through red traffic lights and drove at speeds of up to 140mph.

‘It was rightly said that it was extremely good fortune that nobody was killed.’