These students dressed as North Korean missiles and a giant McDonalds chips packet are the top medical minds of the future.

The event called ‘The Hop’, which sees up to 2,000 students hop between the many bars and pubs on Birmingham’s Broad Street, is considered one of the most anticipated of its kind in the UK.

The event’s Facebook page reads: ‘The Hop’ is back and it’s as exciting as ever: a fabulous tour visiting two of Birmingham’s biggest and best clubs.

‘Freshers, grab your free t shirts and and sieze your chance to mingle with the crème de la crème of MedSoc fancy dress.

‘From the Loch Ness Monster to the Spice Girls or Oompa Loompas our older years will show you a devestating display of costume creativity and finesse. We really go all out for this one!’

One group of university students pictured in their North Korean missile outfits. Their controversial costume choice was a hit with other party-goers in Birmingham’s Broad Street last night 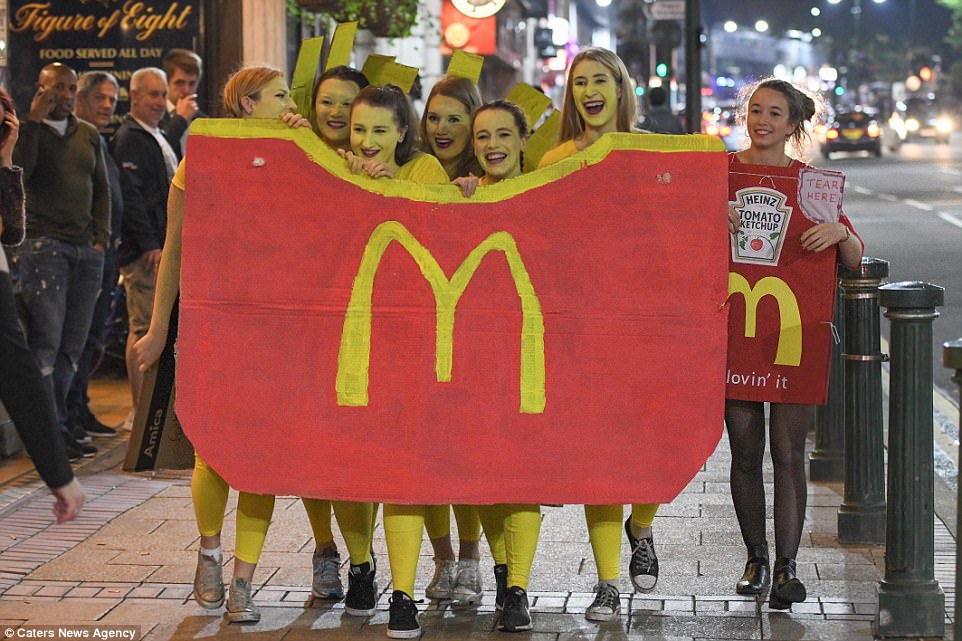 A group of young women are pictured dressed as a giant McDonalds chips packet, complete with their Heinz tomato ketchup 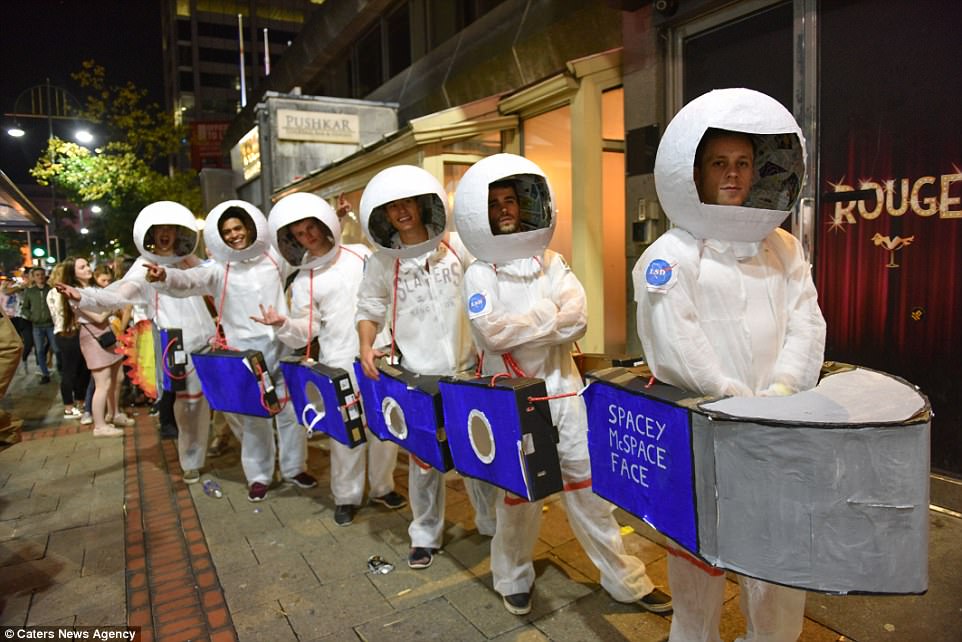 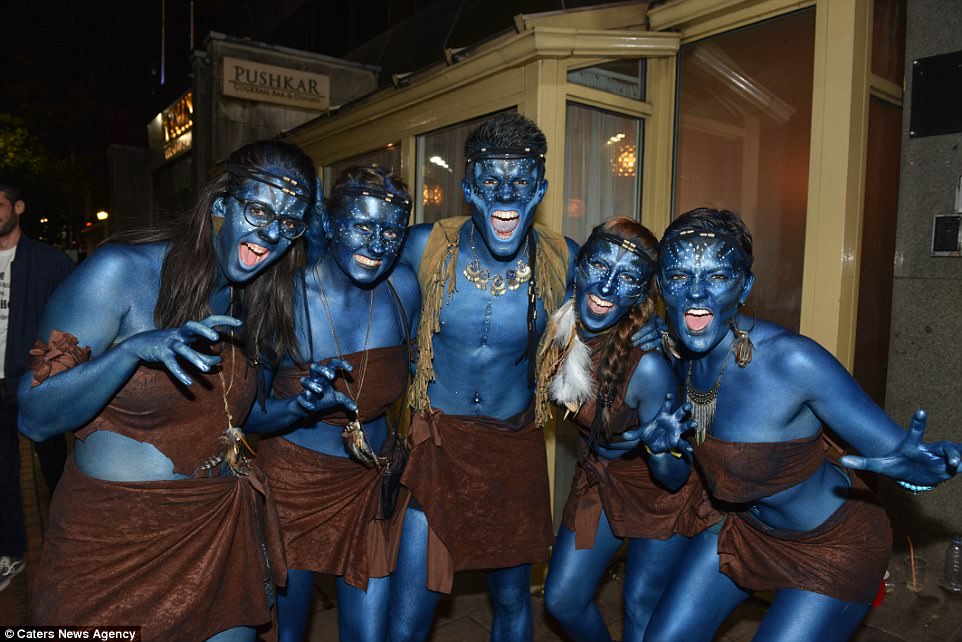 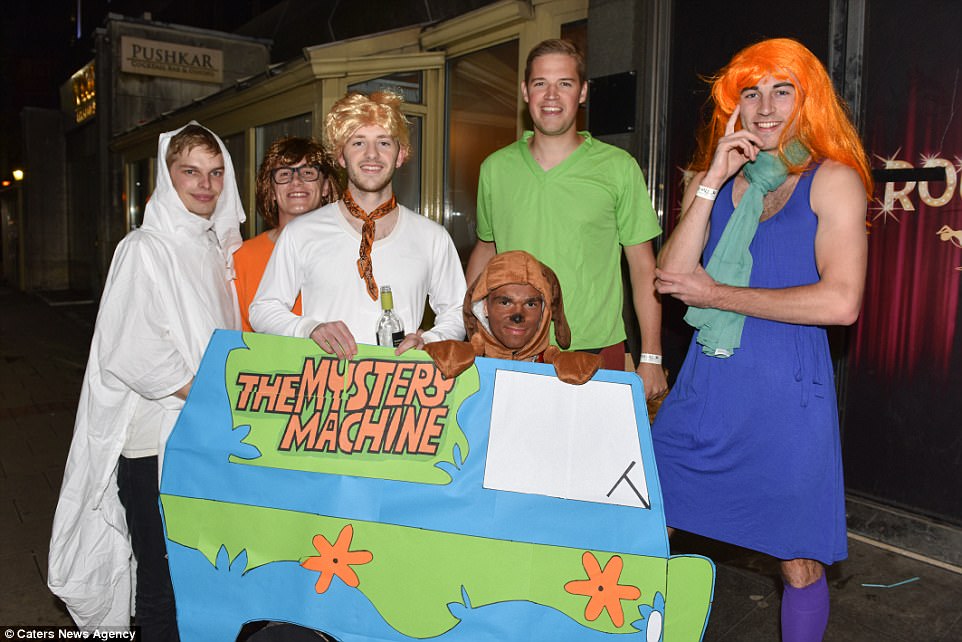 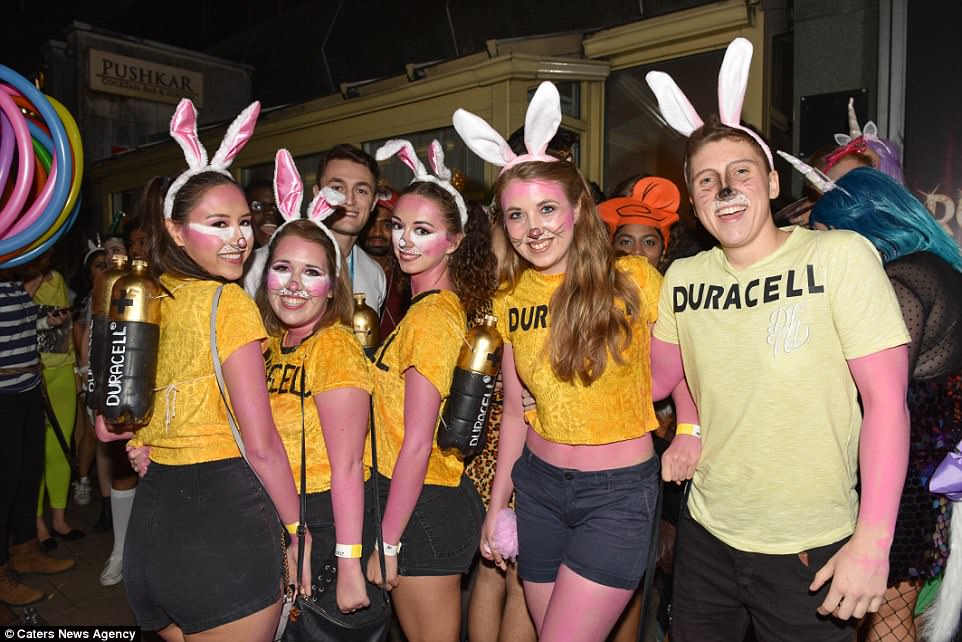 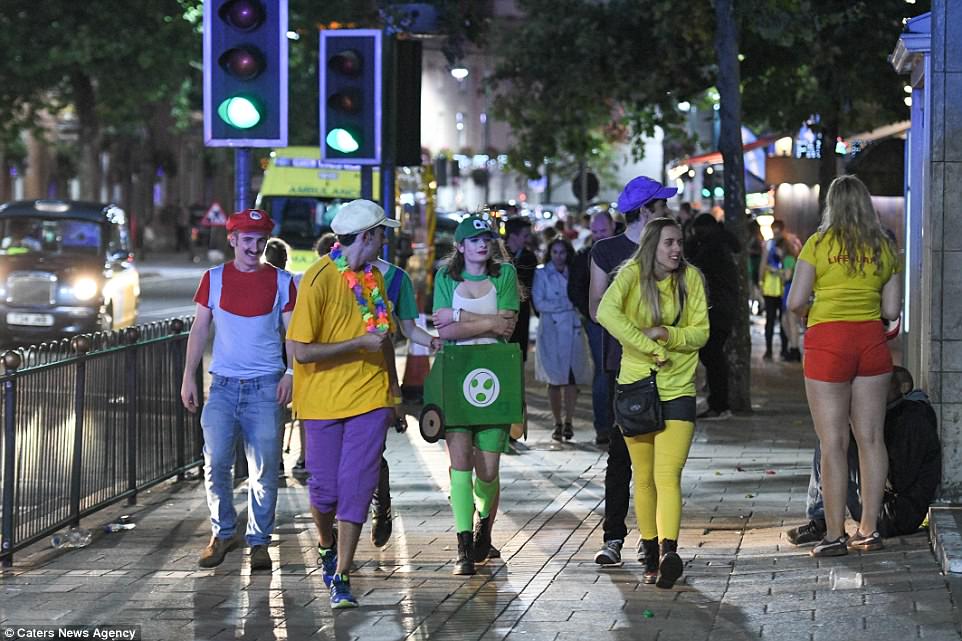 Students spend months on their complex and often controversial outfits, which this year ranged from the stars of Avatar to the Duracell Bunny.

One group of male students opted to transform themselves into Democratic People’s Republic of Korea missiles, just days after the tyrannical state fired its second missile over Japan.

Kicking off at 8pm the pub crawl went on until the early hours of the morning, as students posed for pictures outside bars like Rosies and Players.

But as the night wore on some students struggled to keep up with the fun and were pictured slumped on the pavements speaking to police officers and being wheeled into the back of an ambulance.

Writing on Twitter several excited first year students expressed their anticipation, with Ollie Weeks posting a video inside one of the venue’s saying: ‘Tonight’s madness at @RosiesBirm for @VodbullUK so much naughtiness!

Another said they were ‘buzzing’ to see friends and make new ones at last night’s event.

The university’s medical society like the many others across the country organises nights out, sporting events and holidays abroad for those staying for seven years to complete their medical degrees.

Their next biggest event will be the annual medical society ball ‘Medball’, which will see students dressed to the nines at Birmingham’s International Convention Centre. 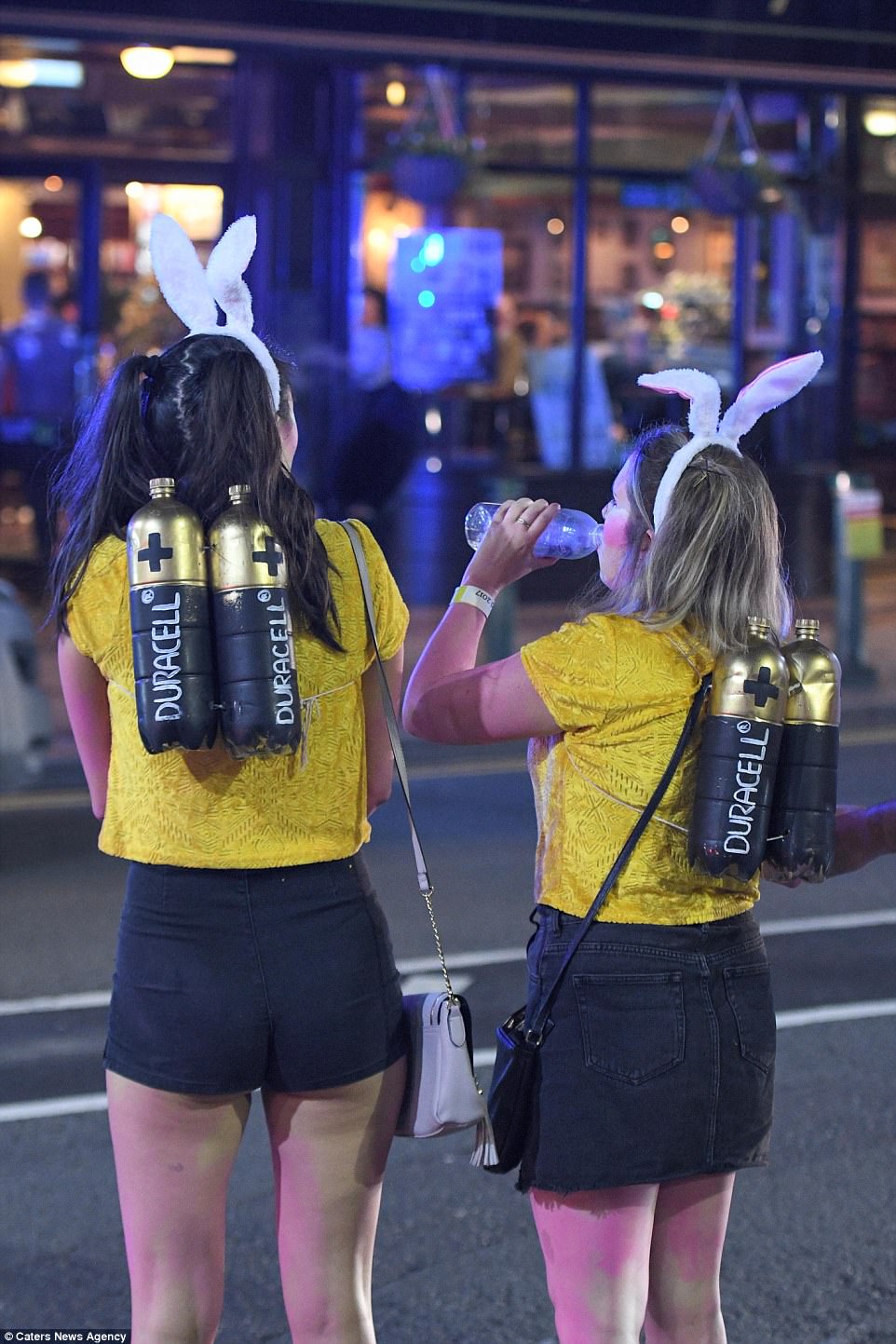 These women, dressed as the Duracell Bunny, stop for a quick drink in Broad Street, Birmingham, before heading to another bar for the annual Medsoc fancy dress crawl 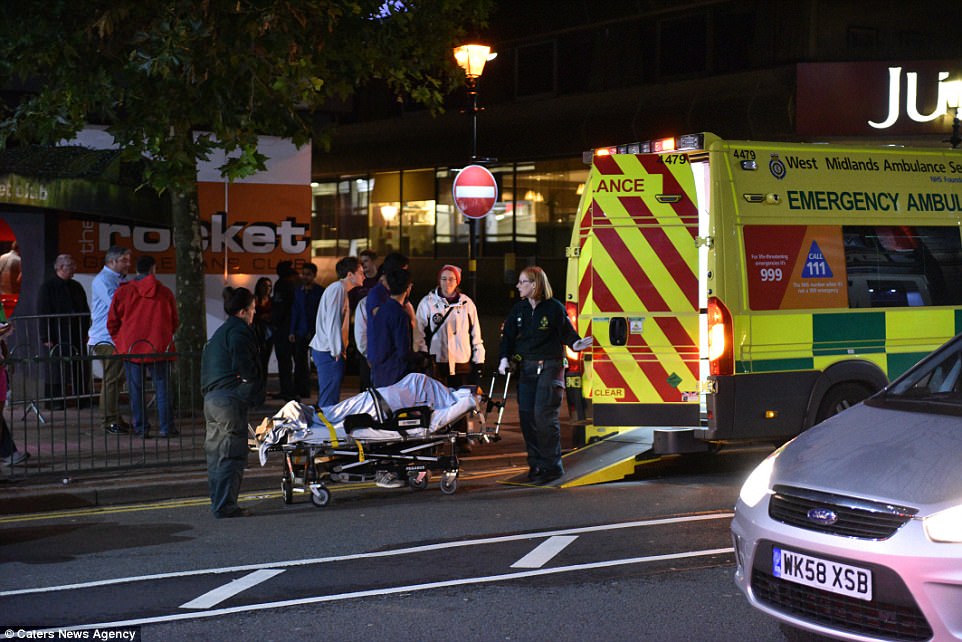 As the night wore on some students got into trouble and had to be given medical assistance by paramedics. One is pictured being wheeled into the back of an ambulance 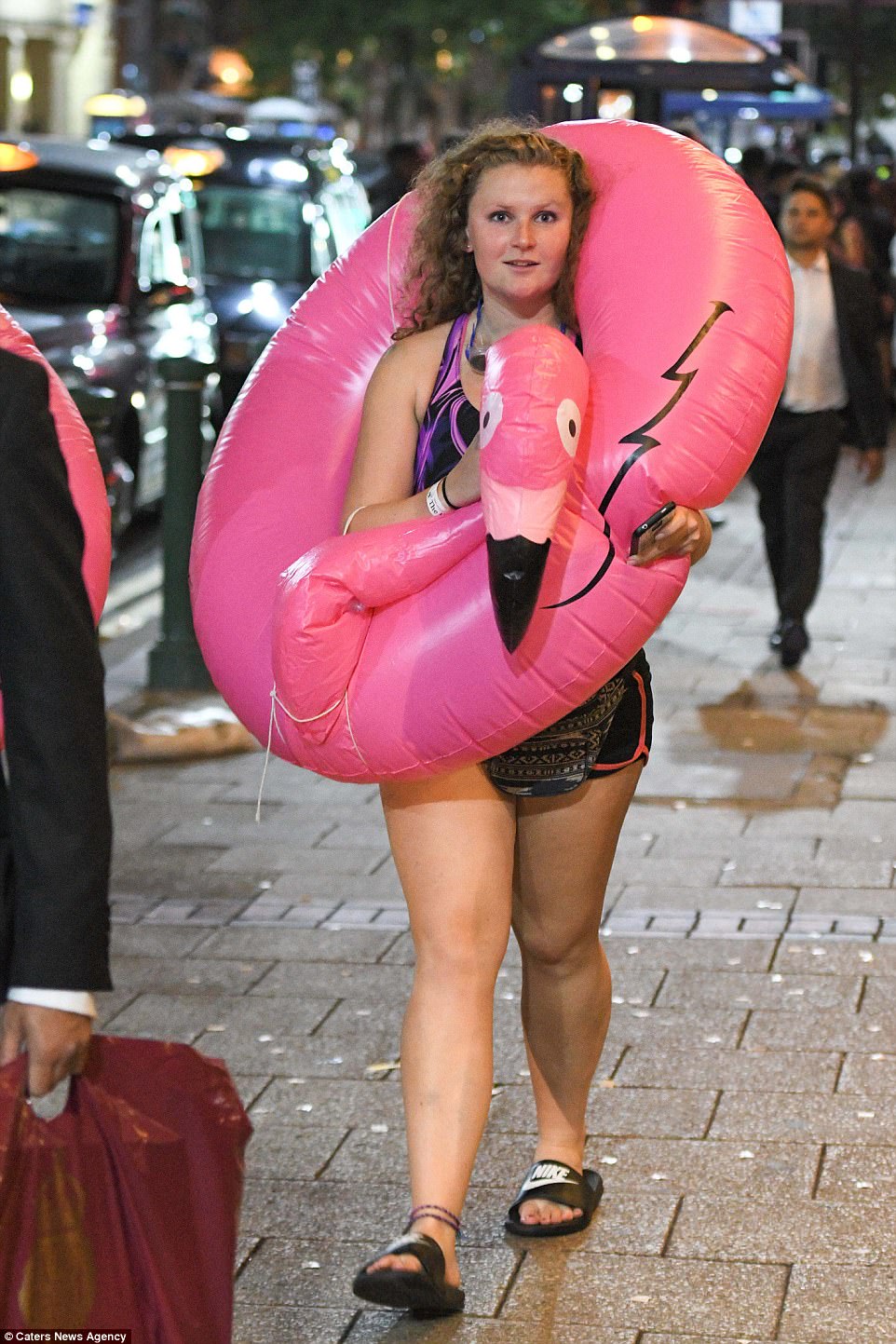 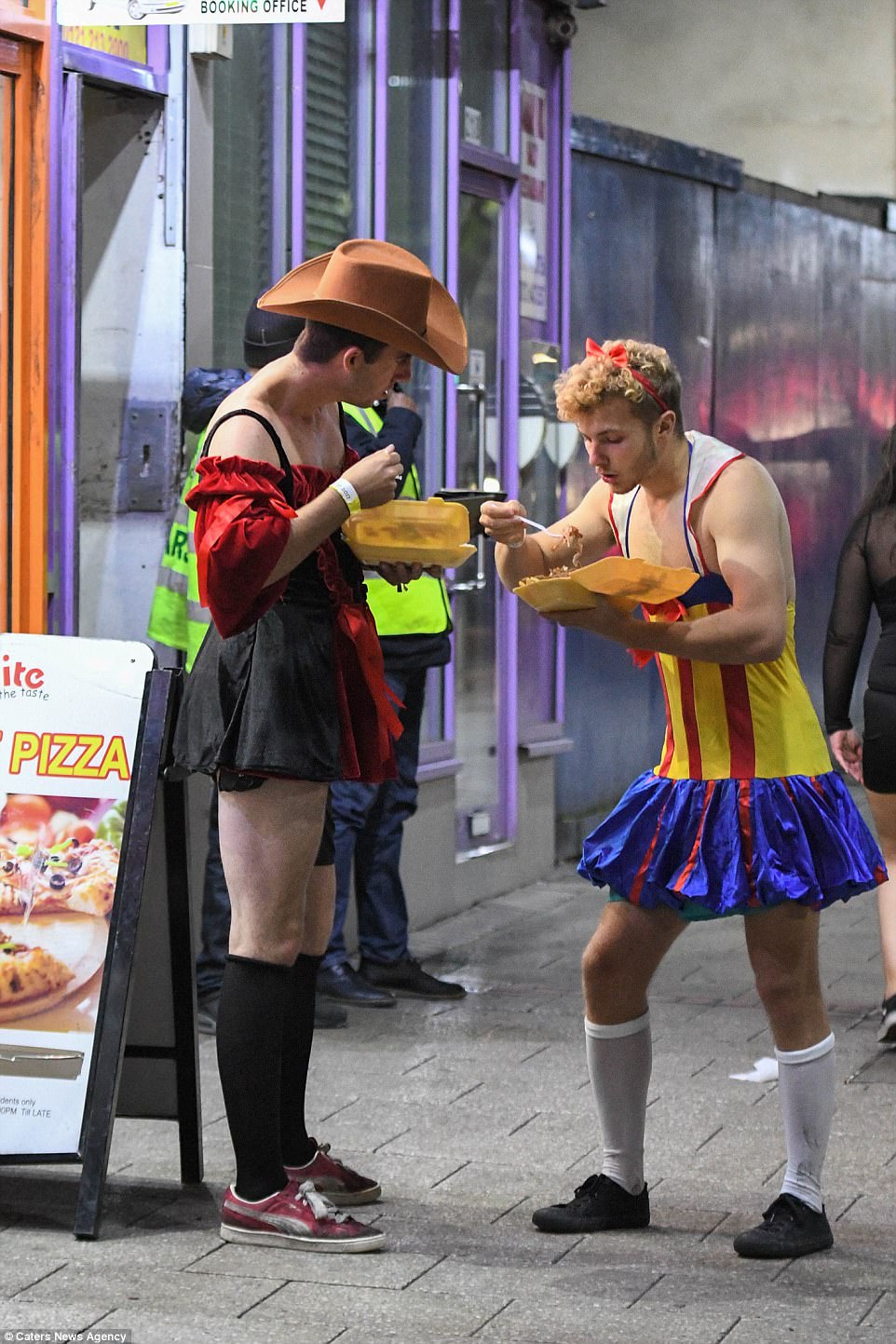 Fancy dress is hungry work. These two Birmingham medical students were pictured chowing down on a late-night snack during the Medsoc pub crawl last night 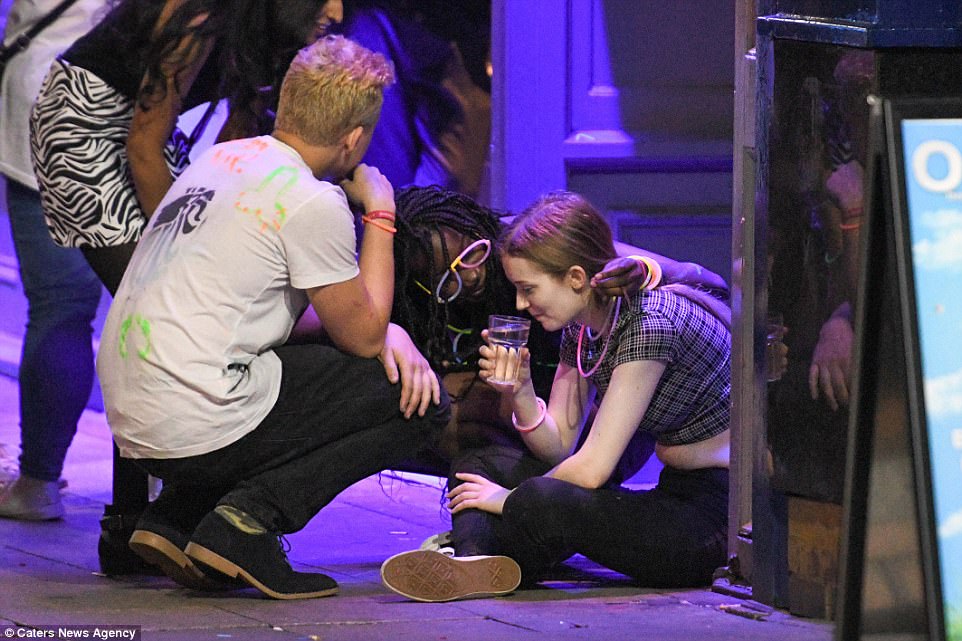 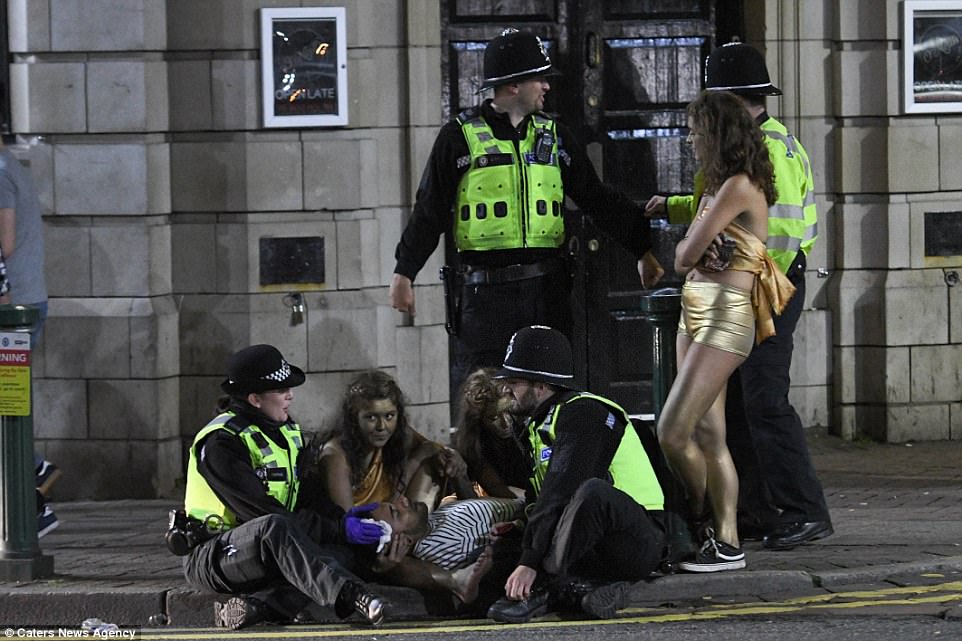