Birthday girl stretchered off boat thanks her guests

The birthday girl who was stretchered of her own party boat after being pushed down the stairs during a drunken brawl has broken her silence about the ‘unforgettable’ night.

Lana Marie Bettaglia was celebrating her 21st birthday on Saturday night when a fight broke out on the boat – leading to four women and two men being arrested.

‘I definitely will never forget my 21st for the good and unfortunately for the not so good.’ 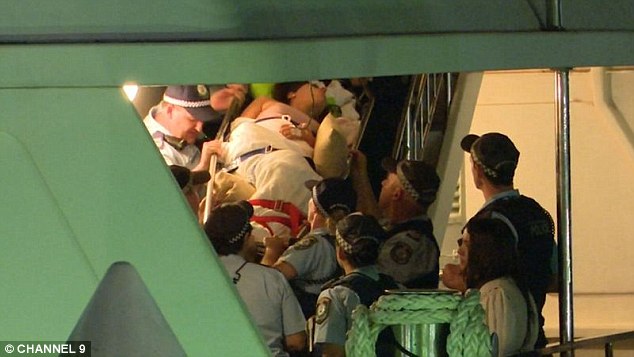 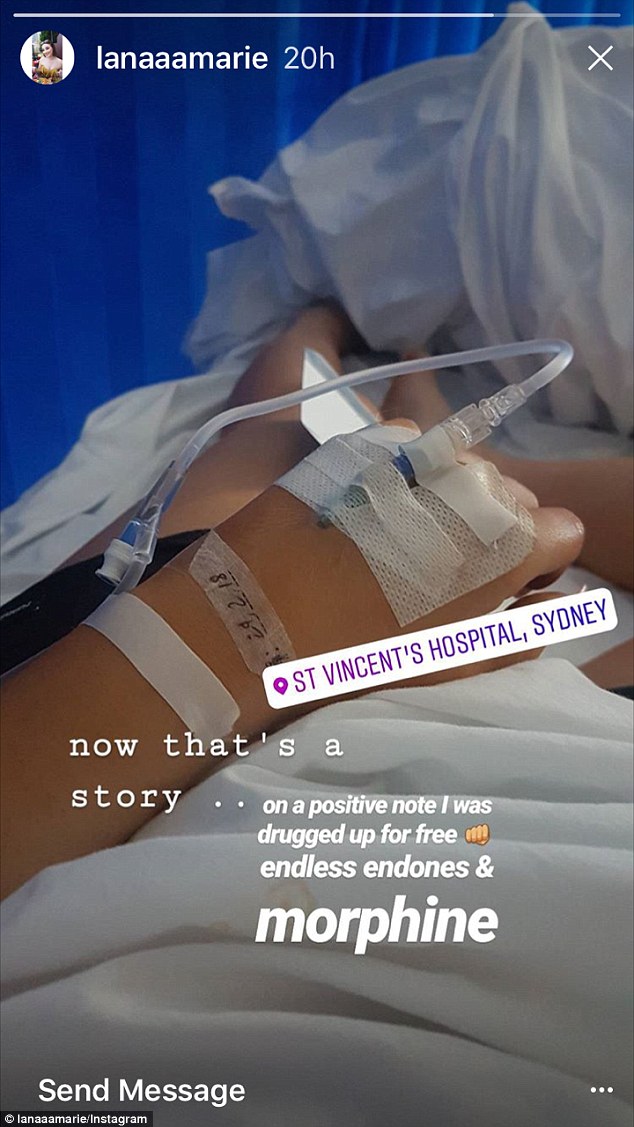 The young woman also posted a picture from the hospital on her Instagram story showing her hooked into what appeared to be a drip.

‘Now that’s a story.. on a positive note I was drugged up for free. Endless endones and morphine,’ she wrote on the photo.

She told Daily Mail Australia the ‘people who started the fight were in a different group on the boat.

‘They weren’t my friends, I don’t know who they were,’ she said.

On Sunday, family friend Rose Carambano, 57, said Ms Battaglia was out of hospital but ‘still in a lot of pain’ after the punch up at the party attended by 50 people.

‘It was terrible. When I heard last night, I thought ‘she’s never going to forget this birthday’. It was just awful,’ Ms Carambano told the Daily Telegraph.

She said a group of boys who had been drinking ‘ruined the night for everyone.’

The fight broke out at about 11pm as the boat docked at the wharf to let some ‘sick’ passengers off.

There was a fight happening on the dock which appeared to have lead to a woman jumping into the water. She was rescued and taken to hospital for assessment. 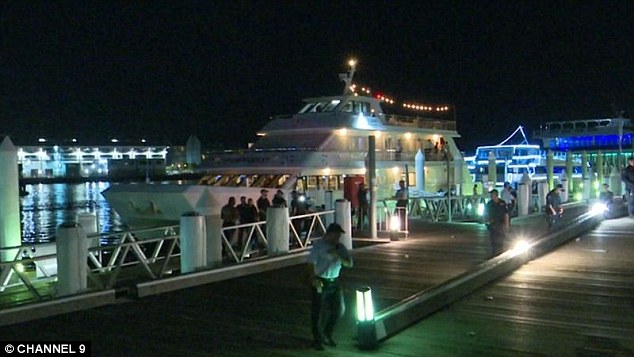 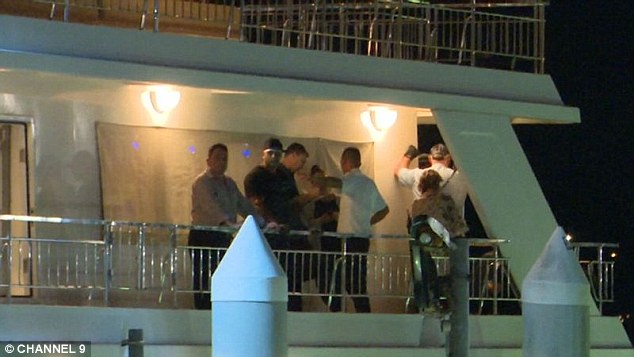 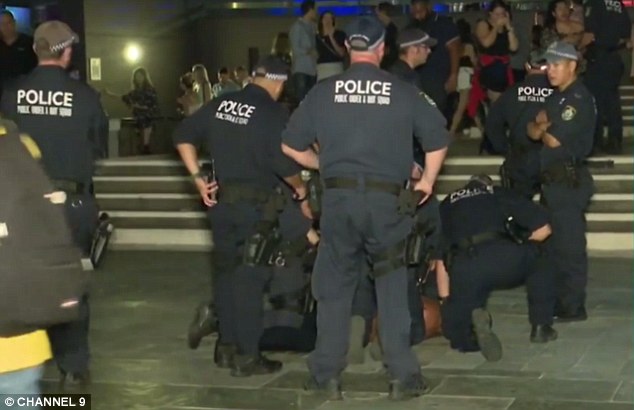 Seven people were injured in the brawl, six were arrested and charged.

The revellers had been cruising on the Constellation Party boat since 5.30pm. 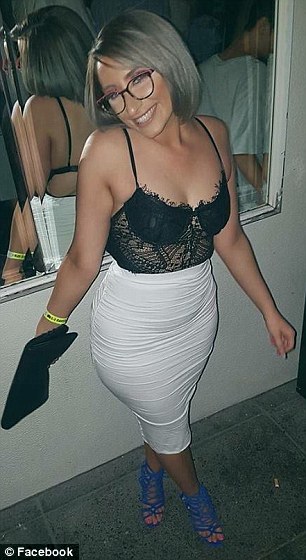 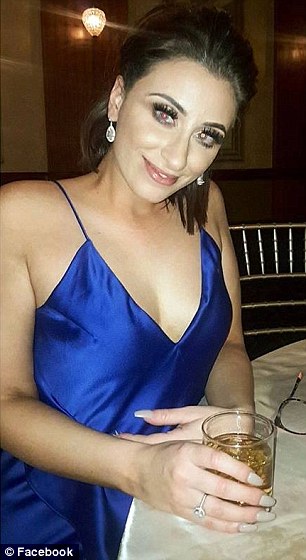 ‘Two girls were not feeling the best and so they got off the boat with their friends… one of them didn’t want to get off and her partner was telling her she had to,’ she said.

‘Because she was screaming she didn’t want to get off… it looked like she was chucking a tantrum. We were trying to leave and a big brawl happened and there were people everywhere.’

She added: ‘It’s the first time we’ve ever been involved with anything like this so it’s really upsetting.’ 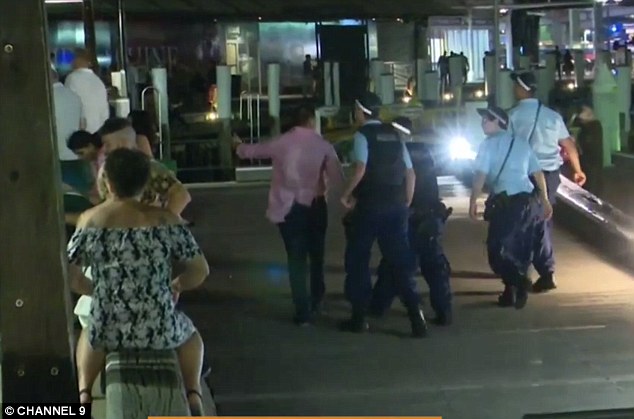