‘I buried him right here!’ Bizarre moment a Florida man tells a TV crew how he buried his friend’s body in the backyard of his home after overdosing admitting it was a ‘bad decision’

A man from Florida buried his friend’s body in the backyard of his home and then inadvertently told the police about it when they came to visit him on an unrelated matter.

Homeowner Greg Palermo, 50, from Orange County, says he ‘made a bad decision’ as he entombed the man six-feet under where his patio used to be.

Police from the Orange County Sheriff’s Office ended up finding the body on Sunday in the yard of the home in the Doctor Phillips area of Orlando after Palermo told them the exact location. 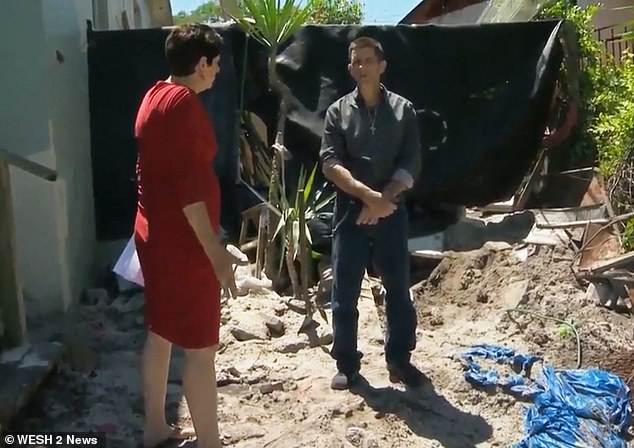 The reporter for WESH appeared in disbelief as Palermo, 50, explained that he buried him in the backyard of his home after passing away from a suspected drugs overdose 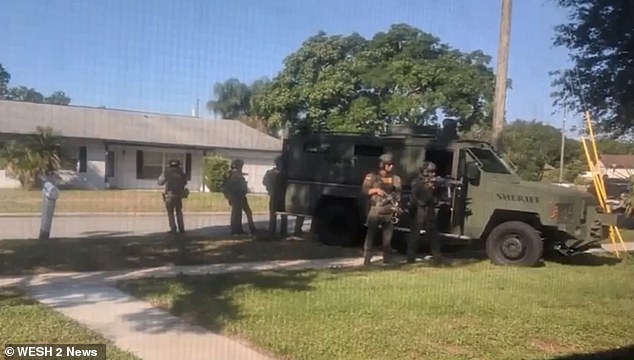 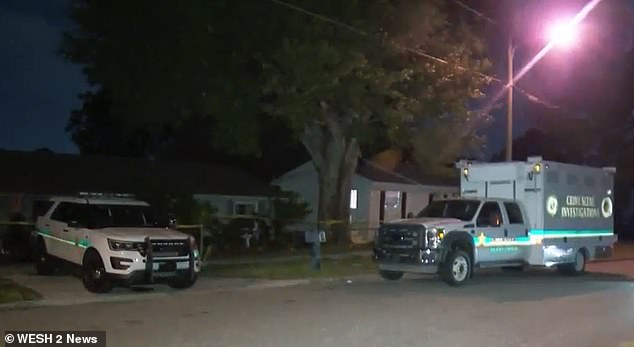 When police came by, he asked them how they knew to look for a body in the backyard

While speaking with a local television station, Palermo explained how his friend who had lived at the house from time to time had passed away from a drug overdose days earlier.

Palermo panicked that he might be blamed for his friends death and decided to bury him in the backyard himself.

‘My friend jokingly said that morning while we were fishing that he wouldn’t mind being buried in my backyard because it’s so pretty,’ Palermo said to WESH. ‘I made a bad decision because I was scared.’

Palermo claimed that his worry about alerting police to the friend’s death at his home stemmed from the fact he had previously been arrested on drug charges. 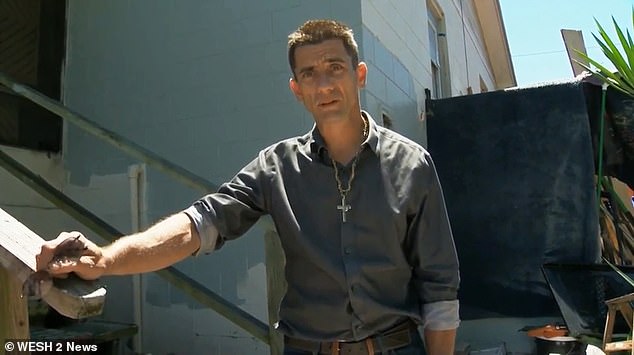 Of course, the cops had no inkling whatsoever that a body had been buried until he told them 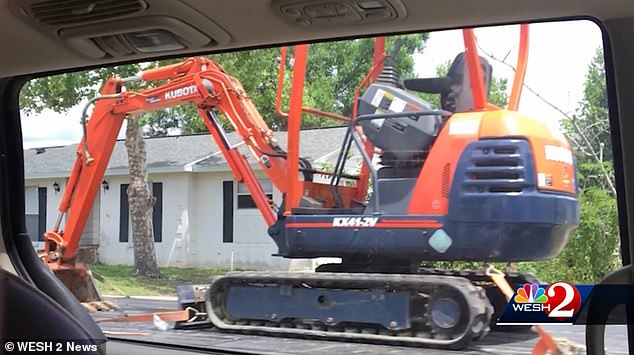 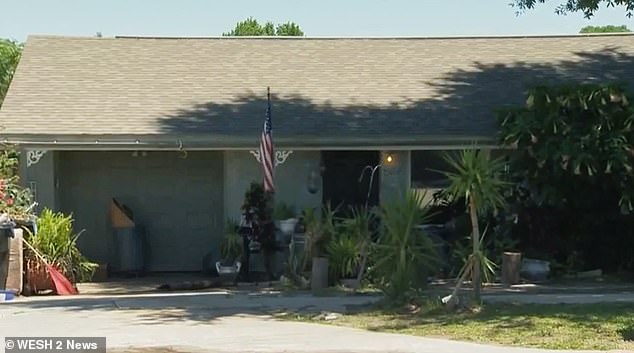 The house is located close to the Universal Studios Theme Park in Orlando, Florida

But he ended up telling them anyway, by accident, after he asked cops how they knew to look in his backyard for a body.

In truth, police had no idea that there was a corpse lying just feet away, but by that time Palermo had given the game away with his innocent questions.

Cops had actually come to the house on an unrelated matter and search for possible drug paraphernalia.

‘How did law enforcement know about it? I told them they came here because they thought I was a manufacturer of meth and I don’t do that,’ Palermo said.

No charges have been brought against Palermo in light of the new information.

The Orange County Sheriff’s Office has also not commented on the case. 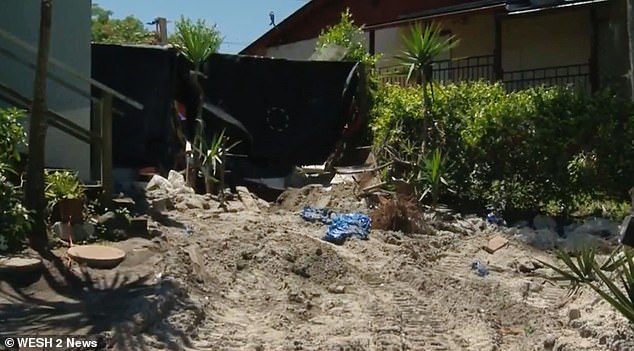 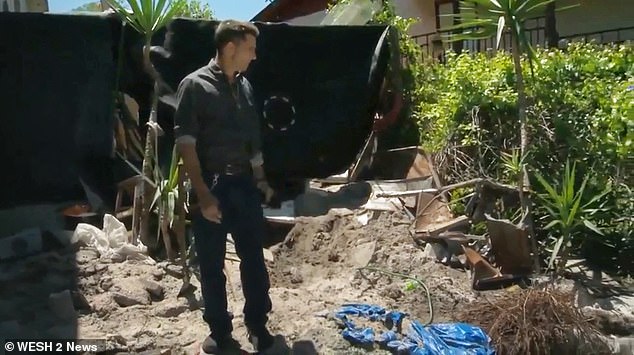 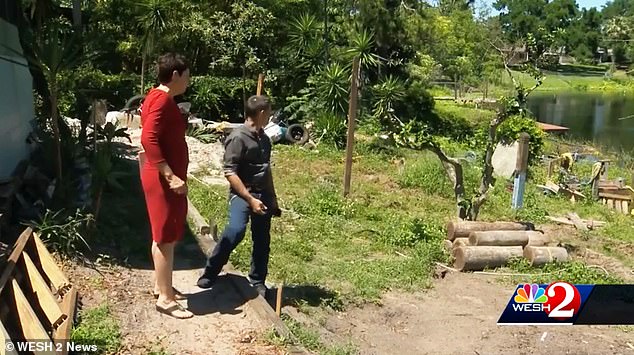 No charges have been brought against the Orlando homeowner