X-rays show how magnetic balls formed a chain inside a baby’s intestine after she accidentally swallowed them.

The unnamed one-year-old, of the Zhejiang province in east China, was rushed to hospital when she developed a fever and started vomiting.

Her family told doctors she had been taken to a local clinic for an X-ray, which revealed a ‘chain’ inside her intestine, local media states.

An additional scan at the hospital confirmed the baby had 36 magnetic balls inside her, which had joined together.

This chain is also said to have punctured two holes into part of her intestine. This can cause bile to leak into the abdomen.

Doctors managed to remove the objects during an hour-long operation. The baby is still recovering in hospital.

Bizarre X-rays show how 36 magnetic balls formed a chain inside a one-year-old baby’s intestine after she accidentally swallowed them in her native Zhejiang Province, east China

The unnamed infant was rushed to A&E when she developed a fever and started vomiting. After an X-ray confirmed the problem, doctors removed the chain during an one-hour surgery 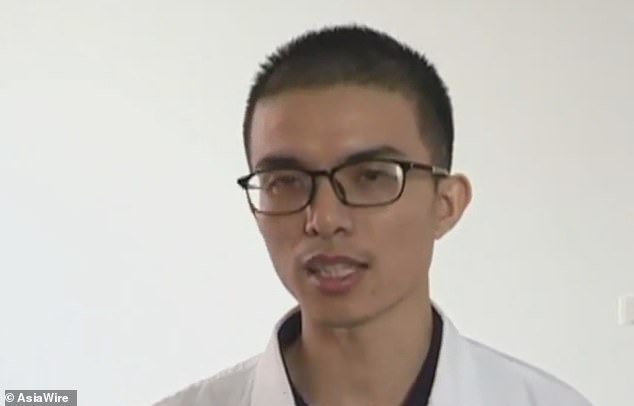 Dr Lin Xiaokun (pictured), who performed the surgery, believes she swallowed the magnetic balls one at a time. This meant it was ‘easy for her family not to notice’ it was happening

The baby was taken to the Second Affiliated Hospital of Wenzhou Medical University in the city of Wenzhou.

Medics were unable to treat the patient, who was then referred to a larger hospital, where she had her second X-ray.

Dr Lin Xiaokun, who treated the girl, believes she swallowed the magnetic balls one at a time.

They then became attracted to each other inside her intestine to form a chain.

WHAT IS A MAGNETIC FIELD AND HOW IS IT CREATED?

A magnet is any object that has a magnetic field. It attracts ferrous objects like pieces of iron, steel, nickel and cobalt.

These days magnets are made artificially in various shapes and sizes depending on their use.

One of the most common magnets – the bar magnet – is a long, rectangular bar of uniform cross-section that attracts pieces of ferrous objects

A magnetic field is the space surrounding a magnet, in which magnetic force is exerted.

If a bar magnet is placed in such a field, it will experience magnetic forces.

However, the field will continue to exist even if the magnet is removed. The direction of magnetic field at a point is the direction of the resultant force acting on a hypothetical North Pole placed at that point.

When current flows in a wire, a magnetic field is created around the wire.

‘The girl swallowed the magnetic balls one-by-one or from time to time,’ Dr Xiaokun said. ‘So it was not easy to notice for the family.

‘Because of the magnetic power, all the swallowed balls attached and damaged the intestine.

‘Especially when balls attached between intestines. It will cause [an] anabrosis in the intestines. That’s why there are two holes in the girl’s intestines.’

Anabrosis is the medical term for tissue erosion or ulceration. It is unclear how doctors treated this in the baby.

Dr Xiaokun, who has dealt with 15 similar cases over the past three years, stresses ‘parents should not buy these magnetic balls as a toy for kids under 14 years old; it’s too risky’.

An investigation by the US Consumer Product Safety Commission (CPSC) in 2012 found there has been increase in the number of young children and teenagers ingesting magnets since 2009.

These magnets are commonly found on fidget spinners.

The ‘educational toys’ have been promoted to help people who struggle to focus or fidget to relieve nervous energy, such autism or ADHD patients.

A lawsuit filed by the CPSC in 2014 resulted in the ban of Zen Magnets and a similar product called Buckyballs.

In November 2016, however, the US Court of Appeals for the Tenth Circuit reversed the ruling in favour of Zen Magnets after only Buckyballs had ever issued a recall of their products. 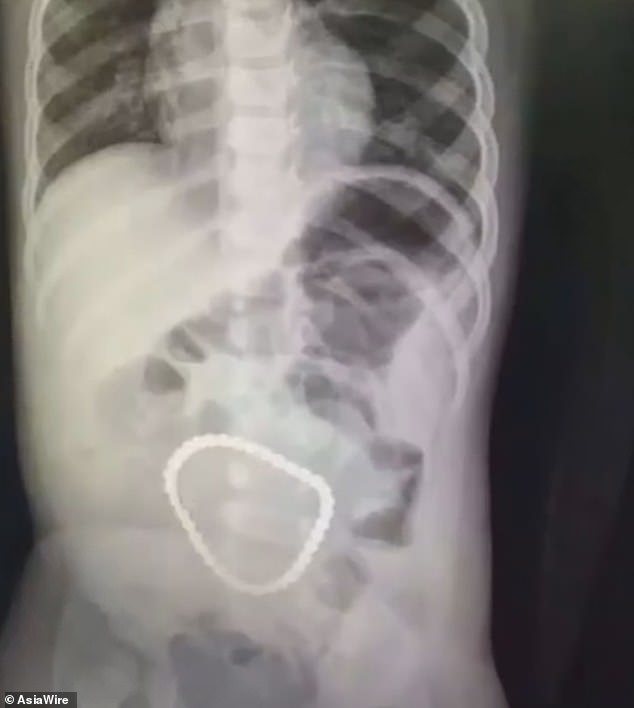 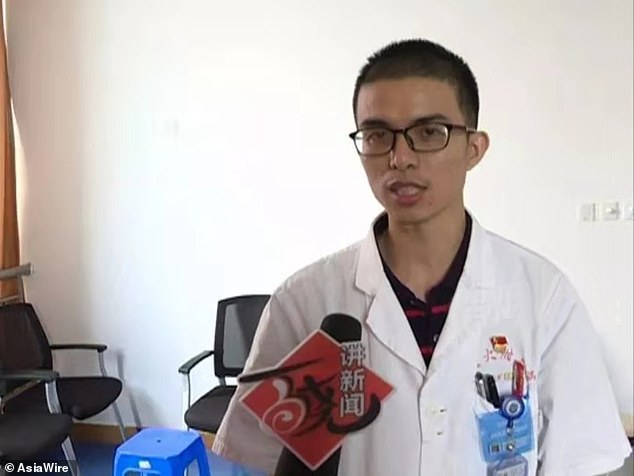 Dr Xiaokun, who has treated 15 similar cases over the past three years, stresses ‘parents should not buy these magnetic balls as a toy for kids under 14 years old; it’s too risky’