I’m unbearably hot! Adorable moment black bear cools off in a kiddie pool after wandering into a backyard in Virginia

A woman in Virginia was pleasantly surprised when a large black bear ambled into her backyard and took a quick nap in the kiddie pool.

Regina Keller was watering her flowers last Sunday when a black bear wandered into her backyard and decided to stay.

Footage shared to Facebook shows the black bear getting into the small blue kiddie pool and water splashing onto the grass.

The black bear enjoys the view for a few seconds before getting comfortable and lying down.

After finding just the right spot, the black bear rests its head on the kiddie pool’s edge and catches some shuteye.

‘We definitely need a bigger pool!’ wrote Keller, who also shared a photo of the bear taking a peaceful snooze in the afternoon heat.

On July 19, Virginia resident Regina Keller was watering her plants when a black bear arrived in her backyard 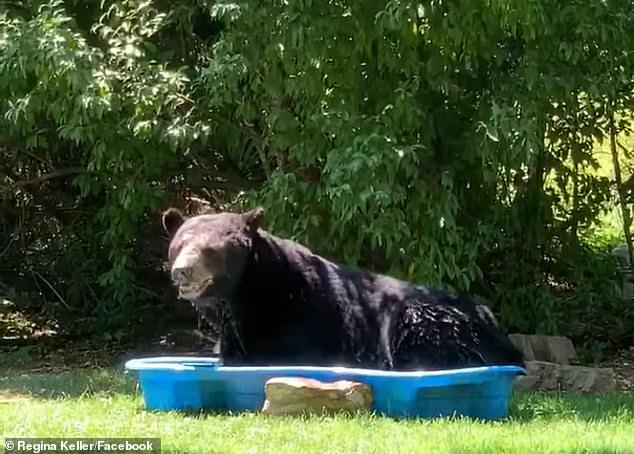 The black bear got into the family’s kiddie pool to cool off from the warm summer day in Fort Valley, Virginia

Keller, who is no stranger to bears, told CNN that she had been taking wildlife pictures in her backyard for 12 years.

Her home is settled near the George Washington National Forest in Fort Valley, Virginia, so she’s used to a host of critters and animals stopping by.

But the black bear who paid a visit on July 19 was considerably bigger than the average squirrel or deer. 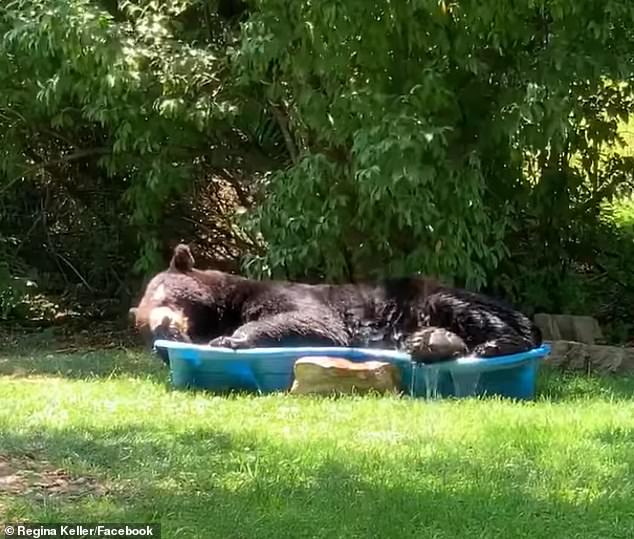 After getting comfortable in the kiddie pool, the bear decides to stay and takes a nap in Keller’s backyard

‘This was the biggest one I’ve seen this year,’ said Keller.

As the bear explored her backyard, Keller realized that she recognized the bear and hadn’t seen it in two years.

‘He wandered around the backyard… and went over by the pool and dipped his big paw in the water… and then climbed right in and laid down,’ said Keller.

Keller said she moved to a chair by the door to watch the black bear that day.

The bear stayed inside the kiddie pool for about an hour before it was startled by the sound of her grandchildren arriving with their dogs. 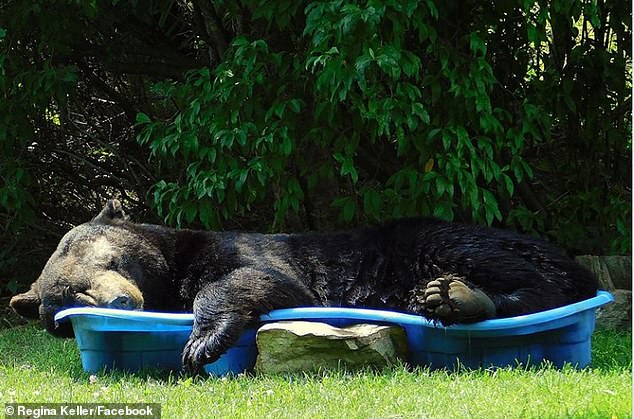 Pictured: Keller shared a photo of the black bear fast asleep on her Facebook page 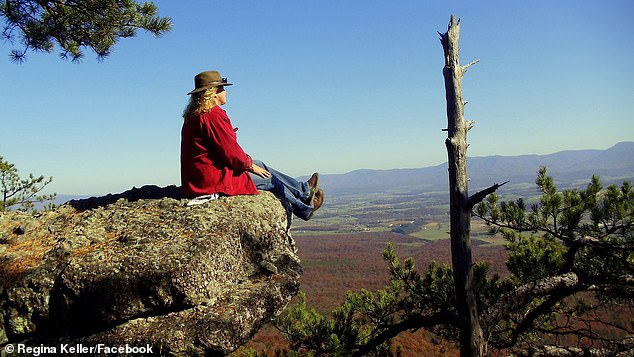 ‘It was neat to see and neat that I had my camera with me to capture it,’ said Keller.

The National Park Service estimates that there are around 900,000 black bears across the United States, with as many as 6,000 in Virginia.

‘Shy and secretive, the sighting of a bear is a rare treat for most Virginians,’ wrote the Virginia Department of Wildlife Resources.

‘However, bears are found throughout most of the Commonwealth, and encounters between bears and people are increasing.’