One of John Worboys’s youngest victims last night praised the decision to keep him behind bars.

Carrie Symonds was a 19-year-old student when she was picked up from a bus stop after a night out and drugged.

She said yesterday: ‘This is an incredible relief. It was the most horrendous shock to be informed earlier this year that Worboys was to be released much sooner than expected, with absolutely no good reason.

Carrie Symonds, now 30, (pictured) has praised the decision to keep John Worboys behind bars and that he ‘still poses a real danger to women’

‘Myself and other victims of Worboys were sure then, as we are now, that he still poses a real danger to women.’

Miss Symonds, now 30, added: ‘The Parole Board and the justice system let us down very badly but today us victims who fought to keep him behind bars have been vindicated. This is the right decision.’

She also praised Daily Mail readers who helped raise almost £70,000 via an online campaign to fund the legal challenge.

She added: ‘This victory probably wouldn’t have happened without readers of the Mail.’ Miss Symonds bravely agreed to waive her anonymity to describe the horror of her 2007 ordeal.

Worboys approached her in his cab at a bus stop in Fulham, West London, following a night out with friends. The predator offered to take her home to Surrey even though she had just £5. He claimed it was his final pick-up of the night and that she lived on his way home. 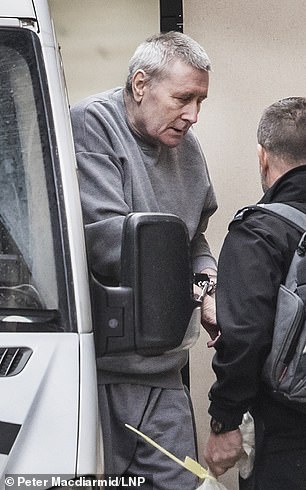 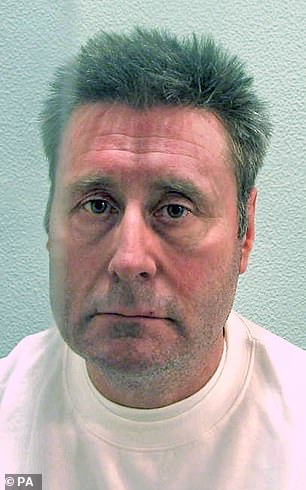 He insisted she drank a glass of champagne with him, telling her he had had a big win at a casino earlier in the evening and wanted someone to celebrate with.

She agreed, but poured the contents of the glass onto the cab floor when he wasn’t looking. Worboys then got out to go to the toilet, and was gone for ten minutes as he waited for the drugs in the champagne to kick in.

When he returned he convinced her to down a shot of vodka. Miss Symonds, who now works in ocean conservation, said: ‘After I drank the vodka, I can hardly remember a thing. I don’t remember if he got back into the front of the cab straightaway or not.

‘When I finally arrived home, my mother remembers I fell through the door, barely able to walk, like a rag doll.

‘Six months later, I opened a newspaper and read that a black taxi driver had been arrested, accused of raping women having pretended to win money at a casino, giving his passengers spiked champagne. I froze. All the blood left my cheeks. I knew it was him.’

Miss Symonds went to the police claiming she may have been drugged and assaulted and was one of 14 witnesses whose testimony was presented in court at Worboys’s trial in 2009.

Welcoming the Parole Board’s decision to refuse to release Worboys, she added yesterday: ‘I strongly believe Worboys poses a real danger to us all.

‘It could so easily be your mother, your wife, your sister, your daughter, your friend. I feel I would know if Worboys had raped me that night. I’d have flashbacks or there would have been horrendous tell-tale signs when I woke the next day.

‘But I will never truly know for sure what happened after he drugged me.

‘Many girls had similar experiences but many were raped and know they were raped. Their lives have been blighted by it. We can’t let that happen again.’

Black cab rapist John Worboys will remain in prison following a dramatic U-turn by the Parole Board.

Officials said the predator should stay behind bars because of his ‘sense of sexual entitlement’, a need to control women and his belief that rape was ‘acceptable’.

Victims of the 61-year-old, one of the country’s most prolific sex attackers, expressed ‘incredible relief’ last night that he would stay locked up.

However, the reversal raises questions about why he was cleared for release by a separate Parole Board panel earlier this year. Fury erupted in January when officials ruled the former cab driver, who is now known as John Radford, should be freed from a maximum- security jail after nine years.

Timeline: How rapist John Worboys was caught and almost got released

2007: John Worboys arrested but released because police teams were overstretched and some doubted a black cab driver could be responsible

March 2009: John Worboys convicted of one rape, five sexual assaults, one attempted assault and 12 drugging charges. His sentence is indeterminate but must be at least eight years in jail

2010: Met Police admit they have received 102 new complaints from 100 women since his trial and conviction.

March 28 2018: High Court overturns the decision and orders case be looked at again

November 19: Worboys’ parole application is rejected for another two years.

Worboys was given an indefinite jail sentence in 2009 with a minimum term of eight years for a string of 19 offences against 12 victims, including rape and sexual assault. But police have linked the prolific offender to more than 100 attacks. And in March, victims won a major High Court victory to quash the decision to release him and force the Parole Board to reassess the case.

Yesterday, a new three-member parole panel reversed the original ruling. A damning assessment said Worboys was still a danger to the public and that there was a need to ‘further understand risk factors and triggers to his offending’ before he can leave jail.

Meanwhile, the Crown Prosecution Service has been handed a file by police relating to allegations of new attacks from 1997 to 2007, the BBC reported.

Carrie Symonds, one of Worboys’ youngest victims, hailed the Parole Board’s ruling to keep Worboys behind bars as ‘the right decision’.

One of the women behind the legal challenge to the Parole Board’s original decision said she felt ‘vindicated’.

She added: ‘We knew this man was a danger to women and we felt compelled to take action. It was the right decision for us to act and thank goodness we did.’ The new Parole Board panel considered a 1,255-page dossier on Worboys and personal statements from seven victims on October 25. After studying the paperwork, the panel said it was ‘not satisfied’ that the former cab driver was suitable for release.

Under Parole Board rules, Worboys can now request an oral hearing within 28 days. Sources claim it could be up to two years before the case comes up for review again. However, the revelation will embarrass the Ministry of Justice (MoJ) after the chaos earlier this year when it emerged the sex attacker was due to go free after just nine years in jail.

In the wake of complaints that parole processes were shrouded in secrecy, ministers scrapped a rule banning the board from disclosing information about the reasoning behind its panels’ findings.

The Parole Board faced intense criticism over its earlier decision to free the serial predator straight on to the streets instead of first transferring him to an open jail.

It sparked a national outcry, including from victims who were not told of his imminent release.

The High Court later reversed the board’s decision after ruling that the three-person panel had acted unlawfully by failing to investigate Worboys properly.

Senior judges upheld a legal challenge by victims that the organisation had wrongly assessed Worboys on the basis of 19 crimes he was convicted of, instead of the 100-plus allegations against him.

Parole Board chairman Nick Hardwick was forced to resign in disgrace over failures in assessing the risks posed by Worboys.

However, he hit back by revealing that MoJ officials had omitted crucial details about the rapist’s history from a dossier used in the decision. Following the outcry, the board has undergone the biggest reform in its 50-year history.

Ministers ended the blanket ban directing that all Parole Board decisions are made in secret.

In a historic judgment, the High Court said it breached basic principles of open justice.

Under other landmark proposals, victims will be given a right of appeal to block prisoners being freed. Controversial decisions over release could also be challenged by any member of the public.

A Parole Board spokesman said: ‘Under current legislation Mr Worboys will be eligible for a further review within two years. The date of the next review will be set by the Ministry of Justice.’