The student senate at Clemson University has voted to impeach the student government’s vice president, a black man who recently refused to stand during the Pledge of Allegiance.

Hoffman denied that the motion was motivated by Stewart’s pledge protest, or his race.

News outlets report that a secret ballot vote passed 40-18 Monday to impeach Stewart, setting up an impeachment trial. The date of the trial is due to be announced at a later date.

The grounds of impeachment delivered by Hoffman in part referred to an April 2017 ‘Incident Report’ sent to the university’s Office of Community and Ethical Standards (OCES) outlining three counts of alleged misconduct by Stewart during his time as a resident assistant, reported Clemson’s student-run newspaper The Tiger.

Clemson University spokesperson John Gouch reportedly was unable to confirm or deny the validity of the document that was obtained and published by FITSNews. 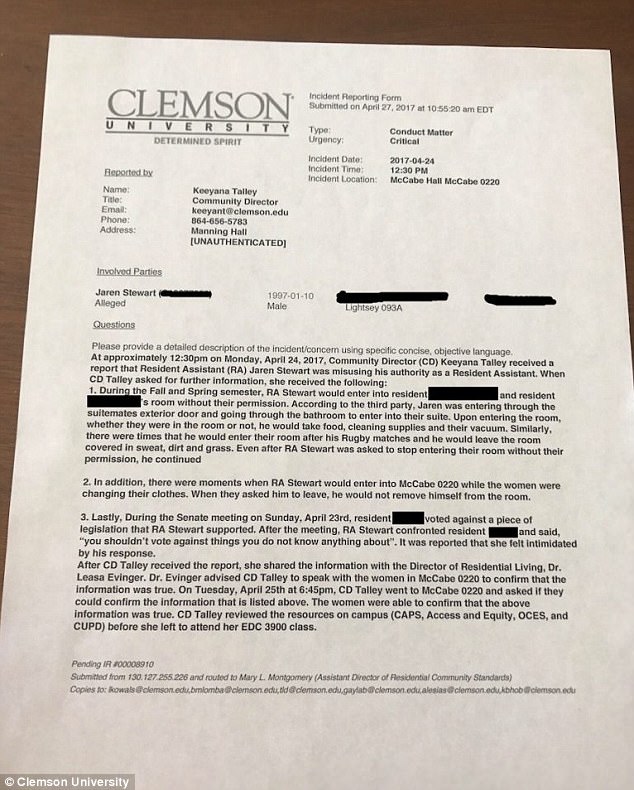 An alleged ‘Incident Report’ filed on April 24, 2017 that lists accusations against Jaren Stewart during his time as a resident assistant at a university dormitory

Stewart and other students sat through the pledge at a student government meeting on September 25, in solidarity with NFL players protesting police brutality and racial oppression.

At the time, Stewart said Clemson was not exempt from social justice issues that the nation is currently facing.

The Anderson Independent Mail cited him as noting that while students of color don’t necessarily face violence on campus on a daily basis, it is possible to encounter an ‘air of racism’ in classrooms.

‘The social exclusion and isolation is very real and very damaging to students here,’ Stewart said explaining his decision for the late September protest.

He added that while some of his colleagues understood, and even supported, the pledge protest by about a dozen of their fellow student government members, others ‘were vehemently against it’.

‘I was never made to feel comfortable in student government. Now I know who those people are,’ the Independent Mail quoted him as saying.

Stewart is a junior Criminal Justice student from San Diego, California, according to the Clemson Undergraduate Student Government website. He is also a university rugby player and involved in social justice advocacy and the campus’ Title IX Administrative Hearing Board.

The matter of his impeachment has spurred a mixed reaction from the university’s student body, as well as the greater community, The Tiger reported. 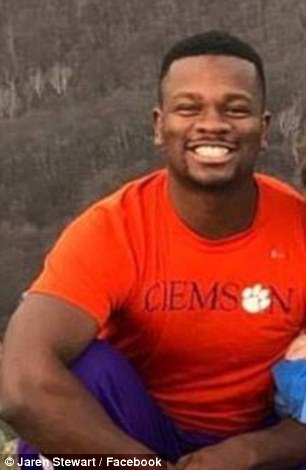 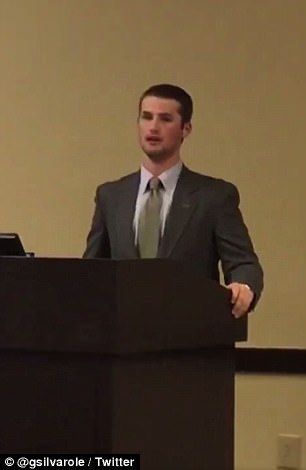 ‘I sat through a Senate meeting where half the people who voted to go to trial, were in favor of it not because they believed he deserved impeachment but simply because they wanted ‘closure’ to an already closed situation,’ the Tiger quoted Williams as saying.

‘The university has systems in place to handle conduct issues regarding students. We have to trust that system. If OCES closed the issue, no one should be questioning their decision,’ she added.

‘There’s a massive disconnect that exists between CUSG and our students and we need more people like Jaren,’ said Anderson.