BLACK DOG: Harry wouldn’t be marrying Meghan if anti-immigration fanatics had their way

Sir Vince Cable mocks anti-immigration fanatics by saying that if they had their way, Prince Harry would not be marrying Meghan Markle.

‘Many Meghans weren’t lucky enough to fall in love with a Prince,’ says the Liberal Democrat leader. ‘They are denied visas and split from their partners because it is said they are bogus.’

‘Many Meghans weren’t lucky enough to fall in love with a Prince,’ says the Liberal Democrat leader

Tory toff Jacob Rees-Mogg loped up to fellow anti-Brussels MP Mike Penning to ask him why he hadn’t joined the European Research Group – Jacob’s mob of hard Brexiteer Conservatives. Penning, a tough nut ex-squaddie educated at an Essex comprehensive, told the Old Etonian: ‘Because you are the leader, Jacob.’ Gent JRM replied: ‘Not at all, Michael. I quite understand…’ 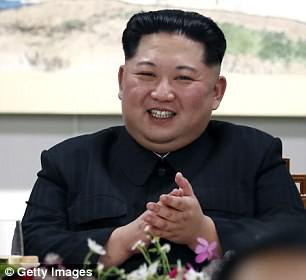 A handy reason for a summit with Kim

One of Boris Johnson’s Foreign Office aides has a mischievous new explanation as to why Donald Trump is so keen to be seen gladhanding the new ‘peace loving’ North Korean leader Kim Jong Un at their forthcoming summit.

‘Kim is the only world leader with even titchier hands and feet than Trump,’ said Boris’s bag carrier.

No one can accuse embattled Home Secretary Amber Rudd of losing her sense of humour. The ex-Cheltenham Ladies College girl was teased over her relaxed dress code at school when she bumped into a fellow ex-pupil. ‘She looked me and up and down and said, “I see you’re still a real mess,’ ” recalled Amber. Not as big as the immigration mess she is in.

Producing Election broadcasts for Jeremy Corbyn last year was clearly not just a labour of love for arch-Leftie film director Ken Loach. Campaign receipts reveal that Loach charged Labour £132,000 for his films, including a glowing profile of Jezza dubbed Corbyn: The Movie by adoring fans. That buys a lot of fizz for champagne socialists like Ken. 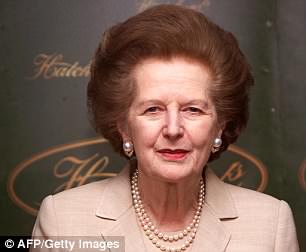 Margaret Thatcher made a bizarre last-gasp bid to ditch her ill-fated Poll Tax, according to a new book by former aide Caroline Slocock.

It says she changed her mind after an ‘elderly couple, Mr and Mrs Jones from Great Snoring in Norfolk, wrote to her calling her a “Poll Tax dictator”.’

Maggie told Chancellor John Major to help ‘conscientious people like the Joneses’. The Snoring wake-up call was too late.

Bully boy Campbell had to quit No 10 as a result. He can deny he lied. But not that a man died.