The black cop charged with aiding and and abetting the murder of George Floyd had dreams of transforming the police, according to friends and family.

J. Alexander Kueng, 26, was a rookie cop on his third shift as a fully-fledged member of the Minneapolis police force when he held down Floyd by his back while senior officer Derek Chauvin knelt on the black man’s neck for almost nine minutes.

Kueng has since been fired, charged in connection with the murder, and denounced by some of his siblings for his failure to intervene in Floyd’s death.

Yet before he joined the force, Kueng, who has a white mother and a Nigerian father, hoped to change the police from the inside and believed that more black officers would help change the abuses he saw in the system.

His family has described his involvement in Floyd’s death as a ‘gut punch’. 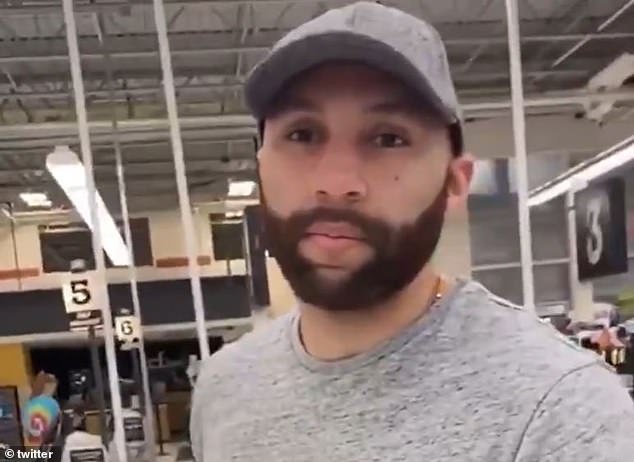 Kueng, 26, had become a full member of the force three days before Floyd’s death 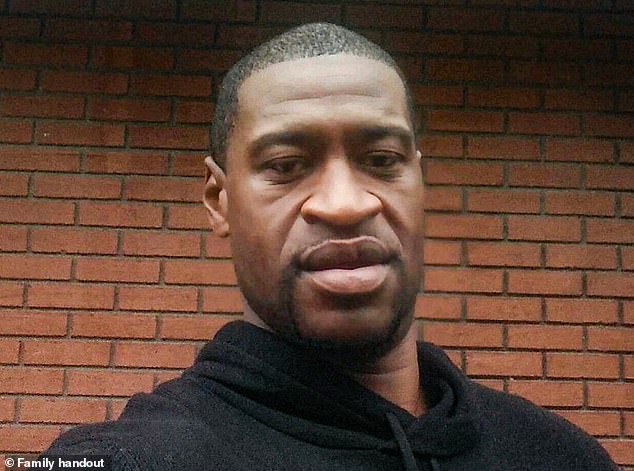 George Floyd, pictured, died on May 25 in police custody after an officer knelt on his neck

‘He said, “Don’t you think that that needs to be done from the inside?”‘ his mother, Joni Kueng, told the New York Times.

‘That’s part of the reason why he wanted to become a police officer — and a black police officer on top of it — is to bridge that gap in the community, change the narrative between the officers and the black community.

‘Here you are, you’ve raised this child, you know who he is inside and out. We’re such a racially diverse family. To be wrapped up in a racially motivated incident like this is just unfathomable.

‘I had to stay out of the race conversations because I was the minority in the household.

‘It didn’t really matter, but it does matter to them because they are African-American. And so they had to be able to have an outlet to tell their stories and their experience as well, especially having a white mom.’

As protests erupted across the nation following the release of the video showing Floyd’s death on May 25, among those calling for Kueng’s arrest were two of his adopted siblings, Taylor and Radiance, both 21.

‘I don’t care if it was his third day at work or not,’ sister Radiance told the New York Times.

‘He knows right from wrong.’

Radiance said that as a black man her brother should have intervened and that she is considering changing her last name so she is no longer associated with him.

Friends of Kueng also believe that he should have stepped in and have said they were saddened when he chose to join the force. 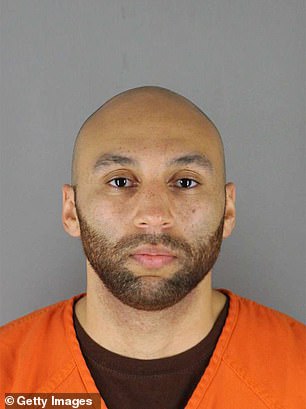 ‘I’m feeling a lot of sadness and a lot of disappointment,’ childhood friend Darrow Jones told the Times.

‘It’s really hard. Because I do have those feelings and I won’t say I don’t,’ he added.

‘But though I feel sad about what’s occurred, he still has my unwavering support. Because we grew up together, and I love him.’

Jones said that he had begun to be more distant from Kueng once he made the decision to join the force as he did not believe the system that could be changed from inside as he did.

He said that Kueng did not have the same understanding of being black, as he had lighter skin.

‘Once we got to Utah, we walked into a store, and literally everybody’s eyes were on us,’ Jones said.

‘It was very clear where we stood on that,’ Jones added of the police force.

‘Our fundamental disagreement around law enforcement is not that I believe cops are bad people. I just believe that the system needs to be completely wiped out and replaced. It’s the difference between reform and rebuilding.’ 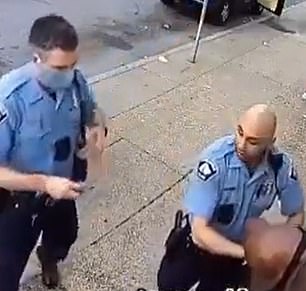 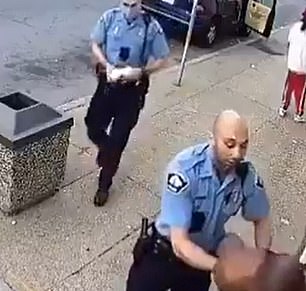 Keung, pictured above right as he attempted to arrest Floyd, believed that more black police officers would help to change the system and joined the police force hoping to do good

Despite criticism from friends and family, Kueng signed up as a police cadet in February 2019 but within just a few months, his brother Taylor had a run-in with some sheriff’s deputies.

Despite Kueng seeing video of the incident and criticizing the deputies, he claimed that the city police force he was joining was different.

He graduated in December 2019 and while in field training, his supervisor was officer Derek Chauvin, the man now charged with Floyd’s murder.

Chauvin pushed back Kueng’s field training as he believed him to be meeting too often with another training officer Thomas Lane, 37, to deal with calls.

Lane would go on to be Kueng’s partner when he answered the Floyd call on May 25 and is also charged with aiding and abetting the murder.

Despite the set-back, Kueng became an officer on May 22, one of 80 black officers on the 900-person Minneapolis police force.

Just three days later, he would answer a call about an alleged attempt by a black man to use a counterfeit bill and find George Floyd in his car.

After he and Lane were unable to get Floyd in the squad car, his training officer Chauvin, who had 19 years on the force, and a fourth officer, Tou Thao, then arrived on the scene in a separate police vehicle.

As the four officers attempted to load Floyd into the back of the patrol car, Floyd told them he couldn’t breathe.

Chauvin then pulled a handcuffed Floyd back from the car, forcing him to fall facedown on the ground.

Kueng applied knees to Floyd’s back; Lane held his legs; and Chauvin forced his left knee down onto Floyd’s neck.

Over the next eight minutes and 46 seconds, Floyd cried out several times that he ‘couldn’t breathe’, pleading with the officers to get off of him and even calling out for his late ‘Mama’ to help him.

After telling officers he was ‘about to die’, Floyd eventually lost consciousness and would never regain it.

Minneapolis PD rookie Lane had asked Chauvin if he should roll Floyd onto his side to help him breathe better. Chauvin replied ‘No. Staying put where we got him’.

Police bodycam footage has not been made available to the public yet, because it is being investigated by the FBI.

Former police officers have said that the bodycam footage will ‘prove’ there was a struggle.

On Friday, May 29, Chauvin was arrested by police and the Hennepin County Attorney had charged him with third-degree murder.

His charges were later upgraded to second-degree murder following intense national scrutiny and hundreds of protests in all 50 US states. 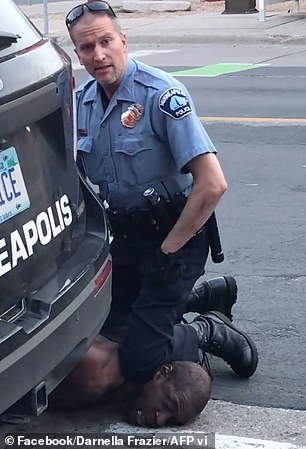 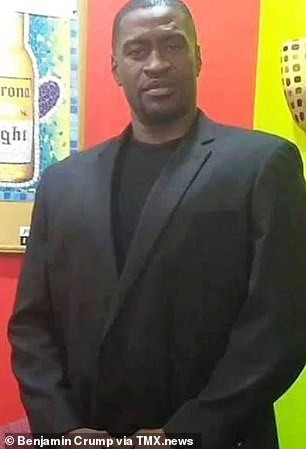 Derek Chauvin (left) is charged with second-degree murder and second-degree manslaughter in relation to George Floyd’s (right) death, with his bail set at $1.25 million

The three other officers involved in the arrest of Floyd – Kueng, Lane and Thao – were charged with aiding and abetting second-degree murder.

Lane and Kueng are currently out on a $750,000 bail, while Chauvin and Thao remain in police custody.

Chauvin, Kueng, Lane and Thao were all fired from the police department following Floyd’s death.

While the majority of protests remained peaceful, buildings, businesses and police departments have burned after some demonstrations turned violent in major US cities.

Protesters have not only demanded justice for Floyd, but they’ve called for justice for Breonna Taylor, Tony McDade and most recently Rayshard Brooks.

Demonstrators have also marched for Ahmaud Arbery, who was shot dead by a white man in Georgia in February.

Floyd was laid to rest June 9 in Houston, Texas.