Black Lab collects MONEY she knows will buy her treats

Holly the dog is too smart to beg for treats – instead she buys them.

The five-year-old black Labrador learned when she was just a puppy that money gets you everywhere, according to her owner Casi Cook.

‘It started when she was a puppy,’ Casi told The Dodo. ‘She was a thief, just like any puppy.

‘She used to steal stuff out of all our bags, including money, and instead of chasing her around the house we would kind of bribe her with treats, so when she had money in her mouth we didn’t want her to eat it so we would say, “Here Holly, take the treat and give me the money,” so it clicked in her head, if she has the money, she will get treats.’

Sometimes Holly’s family gives her money, and sometimes she just takes it. Casi works at a Texas Roadhouse restaurant in New York, so Holly comes running whenever she starts counting tips.

The clever pup currently has almost $90 of her own money. 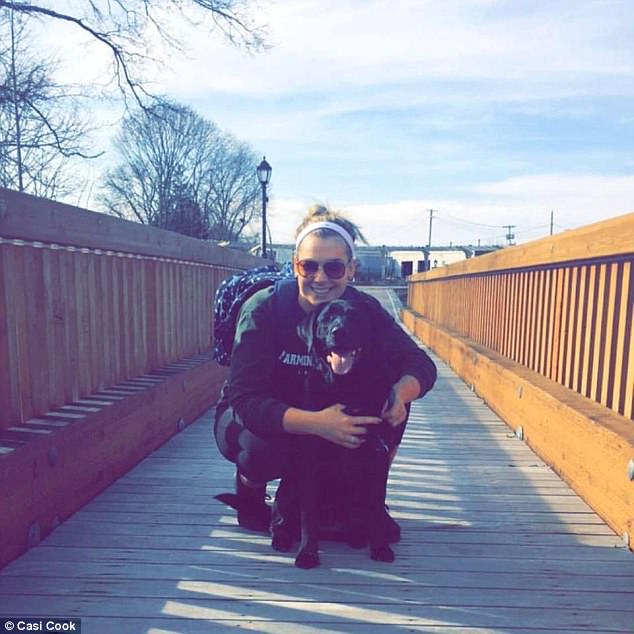 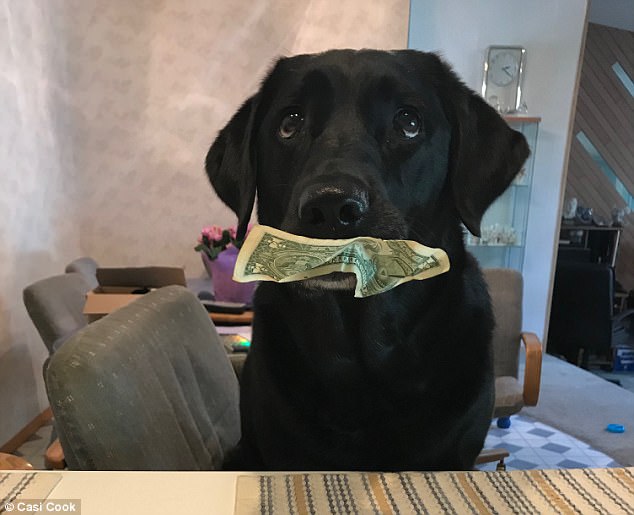 When Holly wants a treat, she’ll bring Casey a dollar and place it in exchange for a cookie 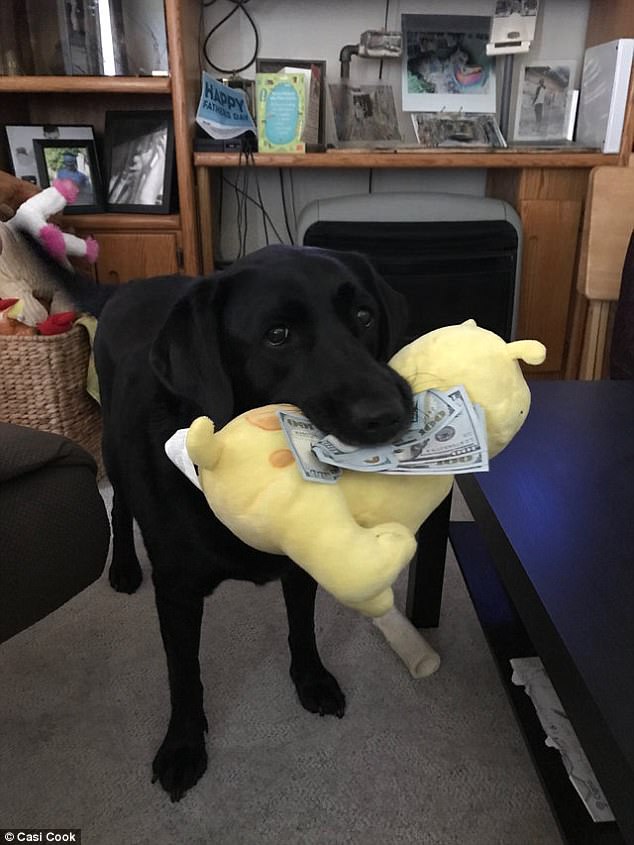 Holly hides her money everywhere, even with her toys

Holly now trades dollar bills for treats, or ‘cookies’ as her mom calls them.

She only uses her money to buy treats, but sometimes if the family is sitting down to dinner Holly will bring a dollar over and gently place it on her mom’s lap to ask for a treat.

While Holly is very protective of her money, she won’t get mad if someone takes it from her, as long as she gets it back.

‘If you take her money she will honestly just follow you and nudge you and jump on you and give you kisses until you give it back,’ Casi said. 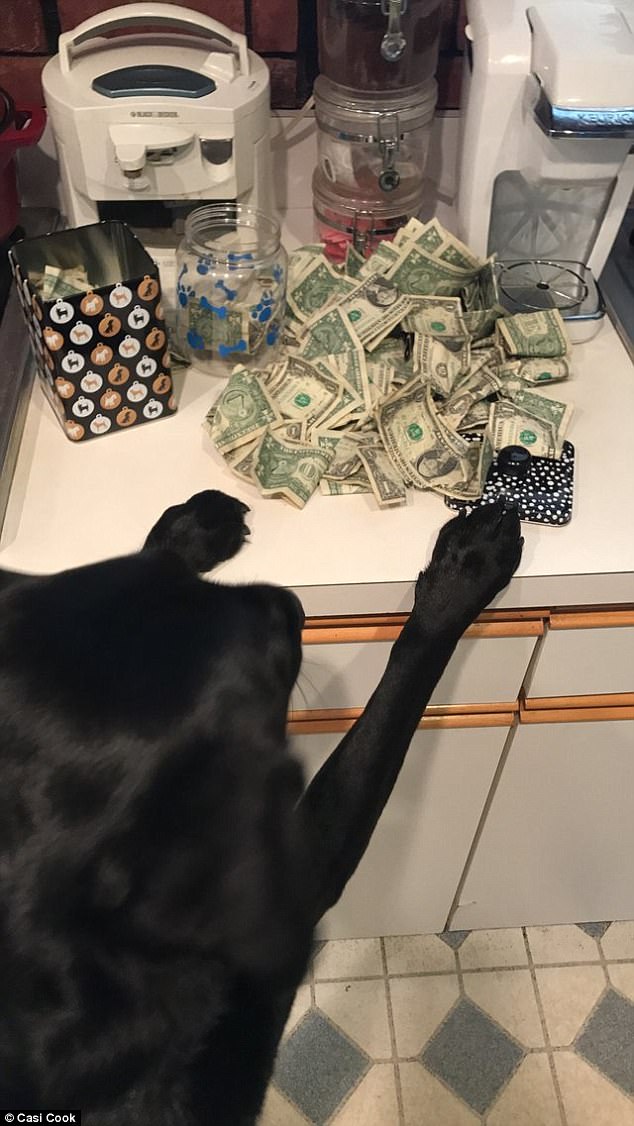 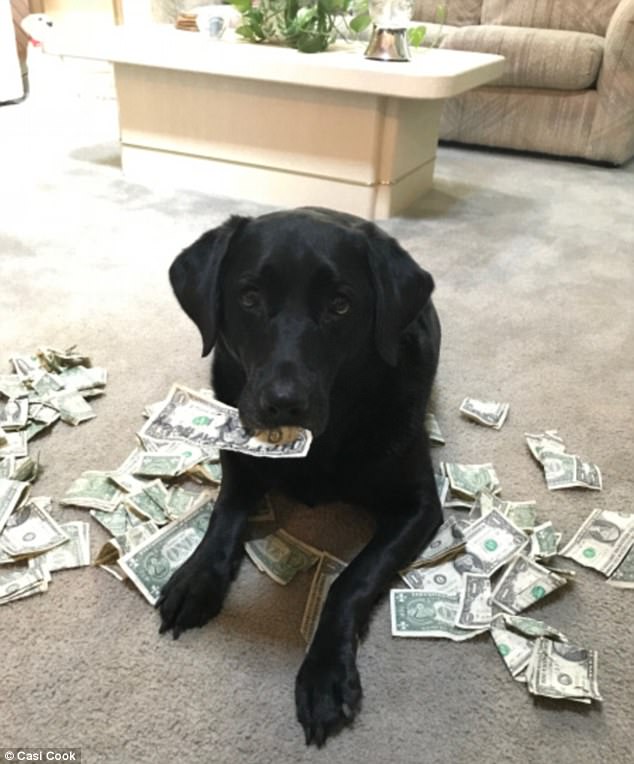 Holly hides money all over the house. Her owner says there are dollar bills everywhere