A black man from Georgia is suing a local city police department for using excessive force and breaking his arm after he was mistaken for a panhandling suspect.

Antonio Arnelo Smith, 46, filed a lawsuit against the Valdosta Police Department on Friday for violently detaining him on February 8.

He’s seeking $700,000 in compensation and punitive damages. His attorney states Smith’s arm was broken in the incident and he required physical therapy afterwards.

The city announced Monday it is reviewing the incident and has posted nearly six minutes of bodycamera footage of the incident on social media.

In the incident officers responded to a report of panhandling outside of a pharmacy on North Ashley Street, according to the Valdosta Daily Times.

Black Georgia man Antonio Arnelo Smith, 46, has filed a lawsuit against the Valdosta Police Department after cops broke his arm during an arrest, mistaking him for a panhandling suspect on February 8 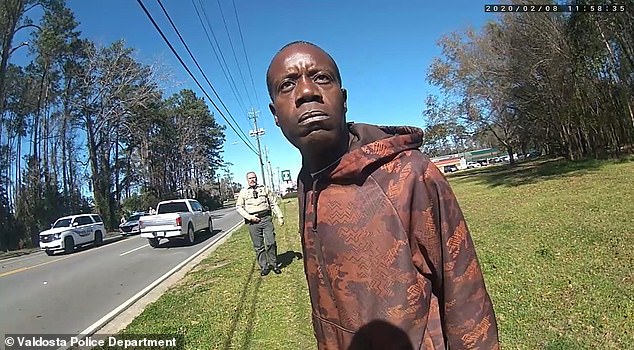 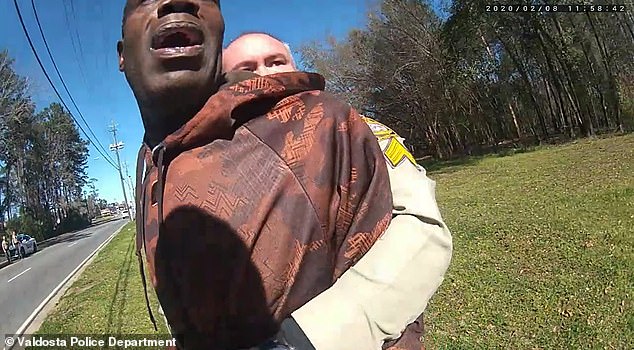 A sergeant and two officers responded to a call about a panhandling suspect and saw an officer speaking to Smith on a grassy lot. The sergeant assumed Smith was the suspect and went up to him, grabbed his arm and wrist, and brought him to the ground without stating he was under arrest 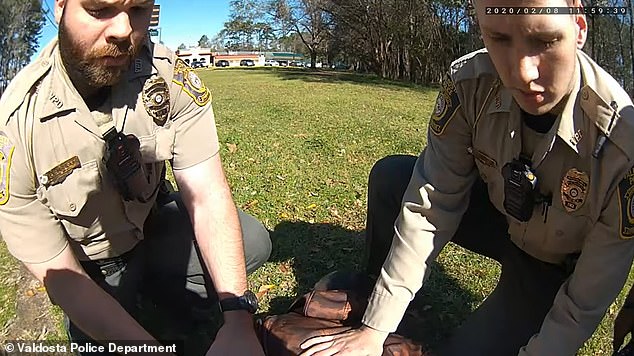 Smith pictured on the ground as he sobbed and shouted ‘Oh My God, Oh My God!’

In the incident a male officer was out searching for a suspect allegedly heading south from the parking lot of the pharmacy, but he was given no description of the man involved.

The officer found a man walking south near a hotel, about 100 yards away. The officer then talked to the man, identified as Smith.

Smith said he had been at a business just up the road waiting for his sister to wire him money and that there were cameras at the site that would verify he was there.

A police sergeant and two other cops then arrived on the scene.

The sergeant’s body camera footage shows him swiftly exiting his vehicle and beelining for Smith, grabbing his wrist then reaching for his left arm from behind, without stating he was under arrest.

The cop wrapped his arms around Smith and instructed him to put his hands behind his back three times. 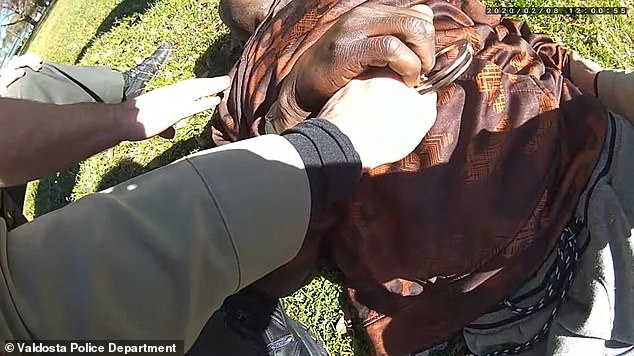 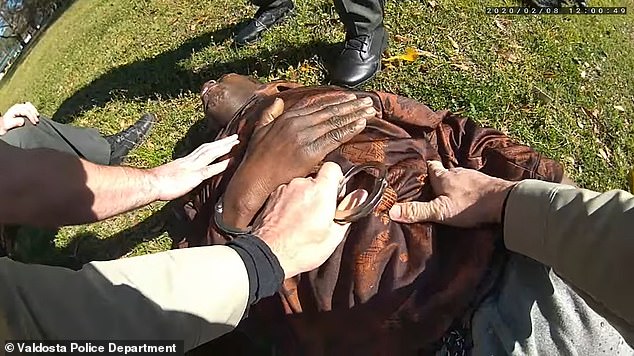 The sergeant was heard asking the first officer on the site ‘That’s him?’ The officer responded saying Smith wasn’t the suspect with the warrant and that he had only just started speaking with Smith 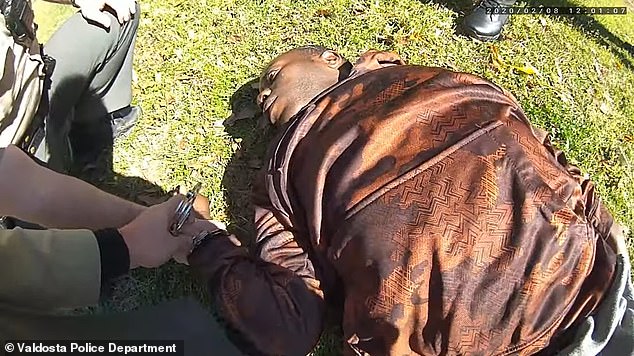 Smith hyperventilated due to his injury as the officers called EMS 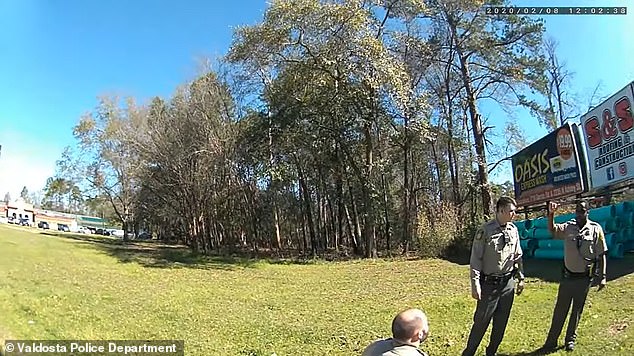 He starts to sob and hyperventilate when the cop brings him to the ground and another cop puts him in cuffs.

Smith is heard saying: ‘It hurts!’

That’s when officers seem to realize his wrist may have been injured in the take down and tell him to relax and remove the handcuffs.

His left arm appears to be injured and they roll him over and call EMS to the scene.

The sergeant behind the camera then asks the officer who had initially stopped Smith: ‘That’s him?’

‘No. They pointed out two different people. They got a guy with a warrant, this guy I had just stopped talking to him,’ the officer replies.

‘I thought this was the one with the warrant,’ the sergeant behind the camera repeats, realizing the mishap.

The officers then scan Smith license and said it was ‘good’.

‘I was getting ready to put my hands behind my back,’ Smith said in the video. ‘He forcibly picked me up.’ 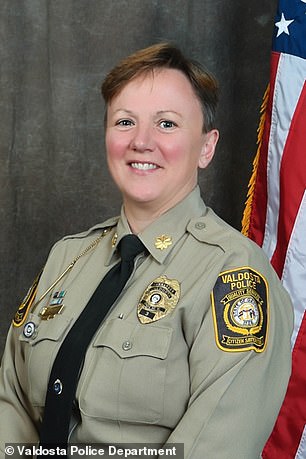 The sergeant said he was monitoring his police radio call that morning when he heard of a search for a panhandling suspect near a hotel trying to avoid police. That’s when he drove by the grassy lot where he saw Smith and an officer.

In the sergeant’s report he said upon putting handcuffs on Smith and only upon hearing Smith’s complaint that his wrist hurt did he notice potential injury to the left wrist.

‘I was unsure if it was dislocated or broken. Hand irons were removed and we assisted him in rolling over onto his back,’ the sergeant said in his report.

No further restraint was given to Smith to avoid inflicting additional pain.

Smith refused medical treatment. The sergeant reported ‘he was not angry with us, but he just wanted to go.’

Haugabrook claims the patrolman falsified his report to make it appear that Smith was told to put his hands behind his back before the sergeant touched him.

An administrative review was completed and no action was taken on the officers involved, Haugabrook said.