Black paratroopers seek payout after they were racially harassed

Army failed to stop racial discrimination against black paratroopers who had a swastika, a Hitler moustache and ‘f*** off’ and ‘n*****s’ scrawled on their pictures

Two black ex-paratroopers are seeking compensation after a judge ruled the Army did not stop them from being racially harassed after their photos were scrawled with ‘f*** off’ and ‘n*****s’.

Lance Corporal Nkulueko Zulu and Private Hani Gue alleged that they suffered racial discrimination and harassment after pictures in one of their rooms in the 3rd Battalion, the Parachute Regiment barracks were defaced with graffiti.

They are seeking compensation from the Ministry of Defence after a tribunal in London heard an unknown offender drew a swastika and a ‘Hitler moustache’. 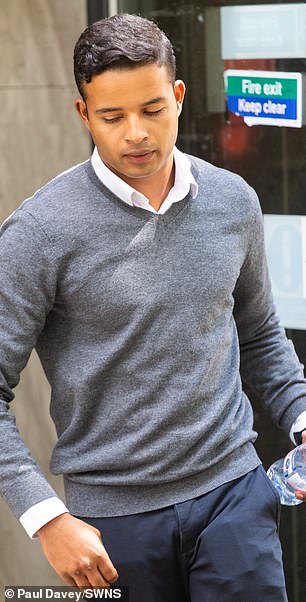 A tribunal has ruled that paratroopers Lance Corporal Nkulueko Zulu, left, and Private Hani Gue, right, were racially harassed when photos of them were defaced with a swastika and ‘Hitler moustache’ at their barracks in 2018

In a written judgement, Judge Richard Baty ruled the graffiti was ‘unquestionably related to race’.

It means the pair will now seek compensation at a separate tribunal in front of the same judge next year.

His judgement said: ‘This act was so unpleasant that it can only have been done with the purpose of violating the claimants’ dignity and creating an intimidating, hostile, degrading, humiliating and offensive environment for them.’

The tribunal heard the pair discovered the graffiti on January 23, 2018, while Mr Gue was in Mr Zulu’s room, which was opposite his, having a cup of tea.

A colleague then joined them and pointed out the defaced photos.

The judgment said it is not disputed that graffiti was discovered on Mr Gue’s photographs, adding: ‘The conduct in question is therefore proven.’

Judge Baty had previously heard the pair lived in a block that was only accessible by key, meaning the perpetrator must have had some connection with the barracks.

The judgement added: ‘The conduct was unquestionably unwanted; the graffiti in question was of the most unpleasant nature, set out on Mr Gue’s personal photographs and was racially highly offensive.’ 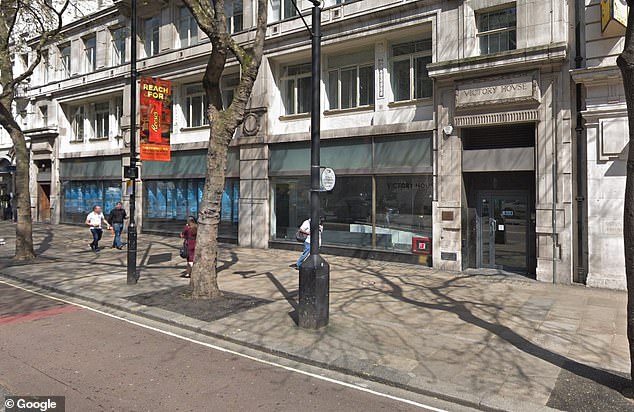 The tribunal took place in Holborn, London, pictured, and another will be held next year in front of the same judge to determine compensation

Some other complaints made by the pair were dismissed.

Mr Gue, who described himself as a black African of Ugandan nationality, joined the Army in October 2012 and was later assigned to the 3rd Battalion (3 Para) A Company.

He formally asked to leave in January 2018.

Mr Zulu, who served as a lance corporal in the Parachute Regiment and described himself as black South African, joined the Army in June 2008 and formally applied to leave the forces almost 10 years later.

The pair’s solicitor Amy Harvey, of Banks Kelly Solicitors, said: ‘The claimants have succeeded in establishing their claim against the MoD that they suffered racial harassment during their time in the Army and that the MoD did not take all reasonable steps to prevent such harassment.

‘The claimants intend to seek compensation and recommendations from the tribunal that the MoD implement better equality and diversity training within the armed forces.’