A black social worker from California is suing American Airlines for violating her civil rights after she was accused of kidnapping a one-year-old white boy that she was accompanying.

Murphy is described as being a middle-aged African American woman, according to the court documents, who has worked for the Department of Public Social Services’ Children’s Services Division since 1999.

She had been flying with an unidentified boy who had been to Arkansas for a court-ordered, two-week visit with his father, the Mercury News reports.

While on a return flight from Forth Worth, Texas, to the Ontario International Airport, another passenger onboard the flight told an attendant ‘that Ms. Murphy was holding a kidnap victim,’ the suit reads.

It was not specified when the flight occurred.

The boy – who was white with blond hair – was mistaken for a five-year-old Hispanic child who has dark hair and was reported missing from New York, according to the lawsuit.

The lawsuit states that airline employees took the boy from the social worker and threatened her with force if she didn’t comply.

‘During this time, the baby was reaching for me and crying,’ Murphy explained to Business Insider. ‘One of the flight attendants had grabbed the bottle out of my bag to give the baby, but I said not to. It was my last bottle.

‘Everything just started upsetting me then because we get these kids, and we take them where they’re supposed to be. We’re supposed to provide safety for these children because they’re ours when we have them. I just didn’t know what to do. I was scared.’

Murphy was detained for roughly an hour before she was allowed to re-board the flight. The flight was delayed by about 45 minutes because of the entire ordeal, the lawsuit states. 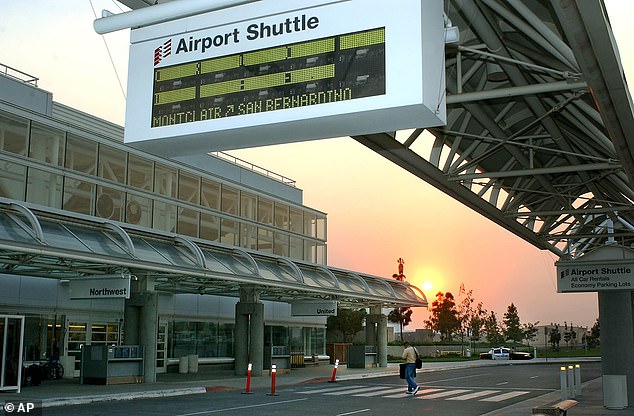 While on a return flight from Forth Worth, Texas, to the Ontario International Airport, another passenger onboard the flight told an attendant ‘that Ms. Murphy was holding a kidnap victim,,’ the suit reads

‘I’m so sorry, you guys. I know you guys have connections,’ Murphy said she told other passengers as she got back on the plane.

‘I wanted to just burst out in tears, but I still had the baby with me, so I had to keep my emotions in,’ Murphy said. ‘There was a man next to me and he kept saying, ‘You’re OK; you’re OK

The social worker not only had her ID on her at the time of the incident, but she also had the boy’s birth certificate and court order on her person.

‘Had American Airline(s) (researched the matter) first prior to hauling Plaintiff, Ms. Murphy off the plane and detaining her and the one year old Caucasian male dependent Ms. Murphy would not have suffered the mental, physical and psychological harm flight personnel inflicted upon her,’ the lawsuit declared.

Murphy has had to seek help from a psychologist, after suffering from nightmares and insomnia as a result of the accident, the lawsuit reads.

She is seeking unspecified damages and compensation for past and future medical expenses.

‘I just wanted to get that baby back. I’ve been with the company for 21 years, and I’ve never experienced anything like that before in my life,’ she said. ‘I’ve been transporting kids from state to state for years. I work overtime. I do all kinds of things for these families because I love my job.’

American Airlines released a statement and said that they are investigating the incident.

‘We are reviewing the lawsuit and the details of the flight. We take the safety and comfort of our customers very seriously and we’re committed to providing a positive experience for everyone who travels with us,’ the statement read.