LaShundra Allen has claimed she was denied a job cleaning Father Jacek Kowal’s home at the Catholic Church of the Incarnation in Collierville, Tennessee because of his ‘racist’ dog named Ceaser

A Catholic bishop in Tennessee has rejected allegations that a black woman was denied a job as a priest’s housekeeper because of her race despite her being told that his ‘dog is kinda racist’.

LaShundra Allen has claimed that she arrived at the Catholic Church of the Incarnation in Collierville earlier this year for what was supposed to be her first day cleaning the priest’s living quarters.

The priest, Father Jacek Kowal, previously had his home cleaned by a white woman named Emily Weaver. Weaver had accompanied Allen to Kowal’s home with the intention of training her.

The two women claim that a secretary at the church spoke to Kowal and then denied them access to his living quarters because of his ‘racist’ German Shepherd named Ceaser.

According to Allen and Weaver, the secretary told them: ‘I’m sorry. We are not trying to be rude but the dog doesn’t like black people’.

The two women filed a complaint with the Catholic Diocese of Memphis demanding an investigation into Kowal.

Bishop David P. Talley, who oversees the diocese, released a statement on Friday saying the investigation had now been completed and said allegations of racism were unfounded. 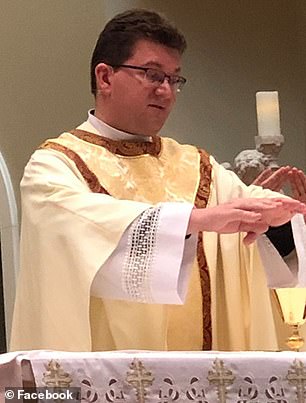 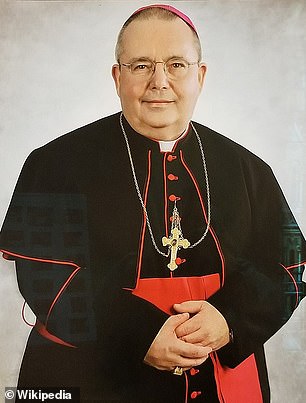 Bishop David P. Talley, who oversees the Catholic Diocese of Memphis, released a statement on Friday saying they had investigated and said allegations of racism against Father Jacek Kowal were unfounded 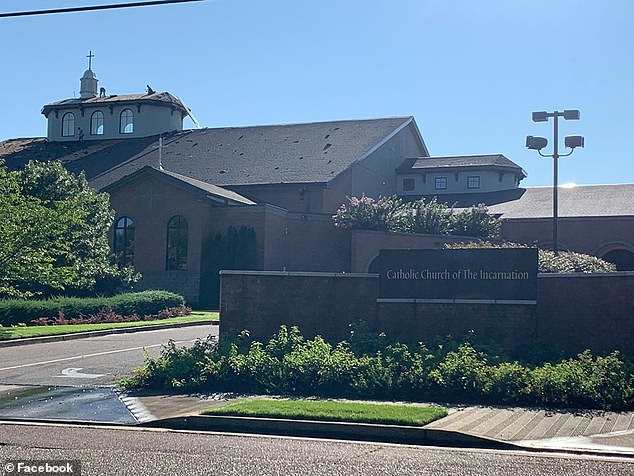 In his statement, the bishop quoted the secretary as saying: ‘Father Jacek’s dog is kinda racist’.

‘Although the parish staff member’s choice of words was highly unfortunate and imprecise – they were not motivated by racial animus,’ Talley said.

He claims the women were denied access by Kowal to his home because he feared for their safety.

The bishop said the parish staff knew that Kowal’s dog was out of his crate when the two women arrived to clean.

‘They were aware that the dog was very protective of his home and there was a risk that the dog would bite a stranger entering the rectory without his owner present,’ Talley said in his statement. 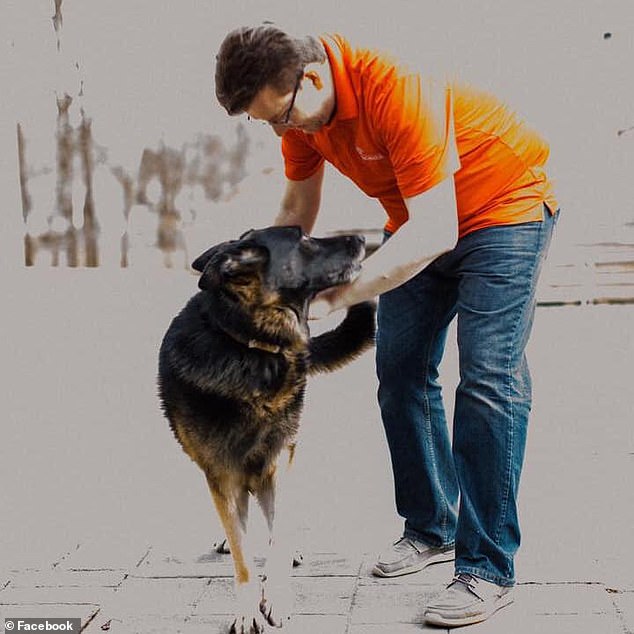 According to Allen, the secretary told her: ‘I’m sorry. We are not trying to be rude but the dog doesn’t like black people’. Father Kowal is pictured above with his dog

‘The staff were aware that years ago the dog had been threatened by a person who happened to be African American, causing the dog to be somewhat more agitated initially around strangers with darker skin, until the dog gets to know them.

‘The replacement employee who was planning to enter the rectory was an African-American person the dog had never met. A parish staff member told the women that she was concerned about them entering the rectory because ‘Fr Jacek’s dog is kinda racist’.

‘The concern by all involved was the safety of these women, one of whom was a stranger to the dog, and they knew that attempting to crate the dog would be dangerous when its owner was not present.

‘The cleaning company employees interpreted this incident as a pretext by Fr Kowal, motivated by a desire not to have an African American housekeeper. This is simply not true.’

‘After our thorough investigation, I find these particular allegations of racial discrimination to be unfounded,’ he said.