As many parents will know, raising a young family comes with its fair share of challenges.

It’s something former Block stars Sophie and Dale Vine – also parents to three-year-old Van and one-year-old Shepard – have been getting a handle on for a while now.

The pair, who are expecting their third child early spring, recently shared their best tips and tricks for making their busy and hectic lives run smoothly.

They also revealed the one thing they do that makes family dinnertime a breeze.

Speaking to 9Honey, Sophie said although she is a stay-at-home mum, one who operates a small business designing nature-inspired children’s clothing, making sure things stay on an even keel with two little ones in tow takes some ‘creative’ thinking.

Keeping on top of endless amounts of washing without adding more to the pile was one ‘hack’ the busy mother was keen to share.

‘We strip the boys off to eat their meals in their nappies to save on washing their clothes (just with the heater turned up high),’ she said.

Another way Sophie said her and Dale make their situation work was to share basic parenting duties.

She explained that she and her husband alternate early morning wake-up duties, including feeding and dressing the kids, as one or both children are always up early. 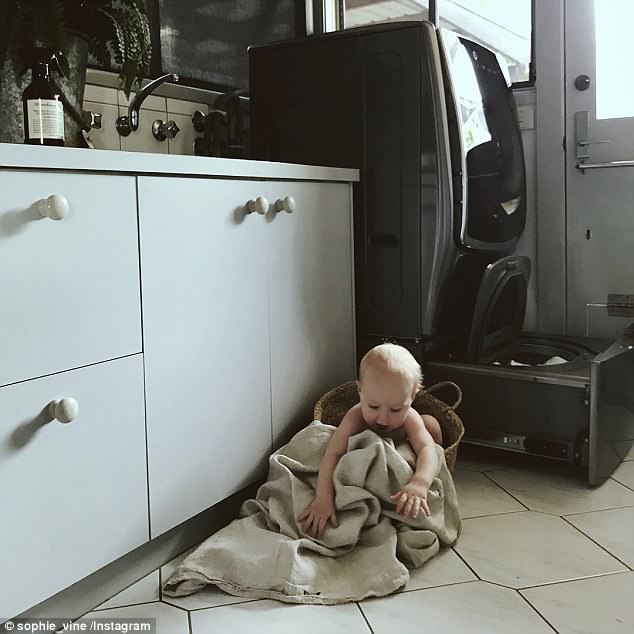 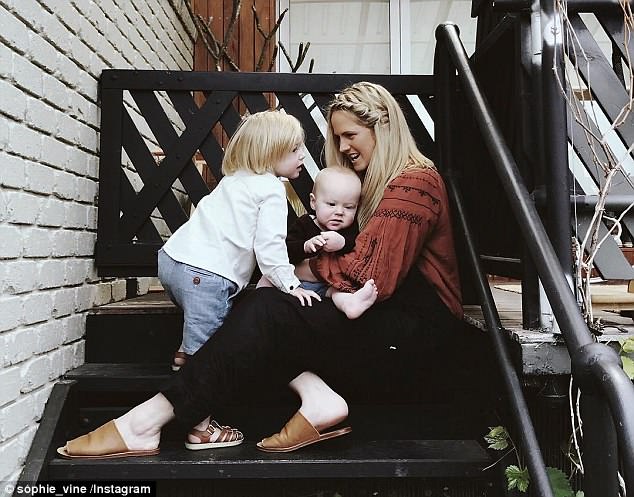 Sophie’s mantra for living is to keep things as simple as possible, so it shouldn’t come as any surprise the couple take a modern approach to parenting duties

The 31-year-old mum also said getting the kids involved in their lives helped spread the load.

She shared how her son Van has been looking after her while she has been managing her ongoing morning sickness by offering to ‘make her feel better.’

‘At first, Van didn’t know what to make of it when I would run to the sink and throw up, but now when he sees me unwell he says, ‘Oh, are you a bit, sick Mum? I will make you feel better. ‘And he brings me my water bottle and rubs my back.’ 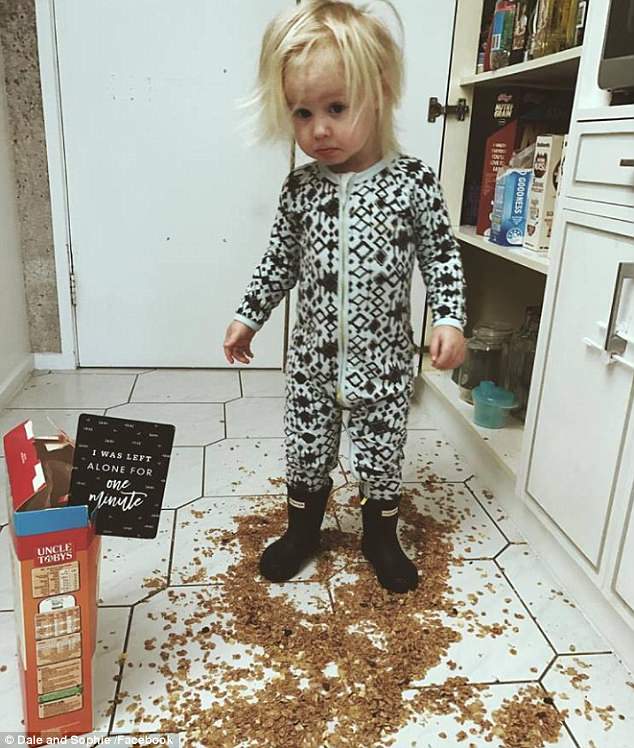 And lastly, the mother-of-two shared her and her husband Dale aren’t too hung up on being perfect parents, more they are willing to enjoy the unpredictable process

‘I think just accepting that it’s not going to be perfect for a while.’

The celebrity couple also recently revealed the gender of their new child alongside an adorable snap showing three pairs of sheepskin booties filled with flowers.

‘No one is more surprised than us but a little lady is on the way,’ Sophie wrote on a Instagram post.

‘Thought I was destined to be a boy mama (which was more than fine with me) but I guess I’ll have to change my profile after all.’