Britain’s blue-chip companies have experienced their biggest exodus of top executives in almost two decades, amid a year of pandemic turmoil. Among firms on the FTSE 100 index, 22 chief executives and 23 finance chiefs have walked out the door, a total of 45. The figure is the highest since at least 2002, according to analysis by funds supermarket AJ Bell.

And finance chiefs on the way out included some of the longest-serving on the Footsie, with DCC’s Fergal O’Dwyer and WPP’s Paul Richardson leaving their posts after 26 and 24 years respectively.

Former BHP finance chief Peter Beaven’s exit at the start of this month marked the 44th top-flight change this year. He was succeeded by David Lamont.

Russ Mould, investment director of AJ Bell, said the average tenure of a blue-chip chief executive is 5.2 years and a CFO is 4.7 years. 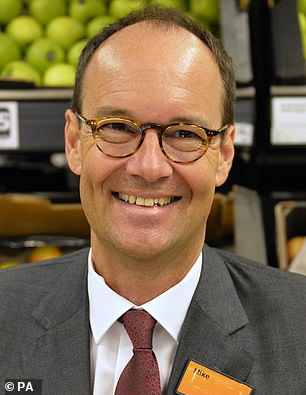 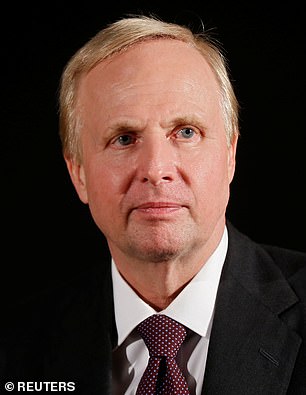 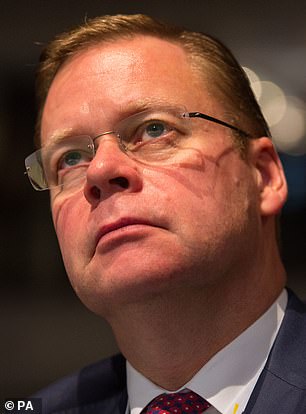 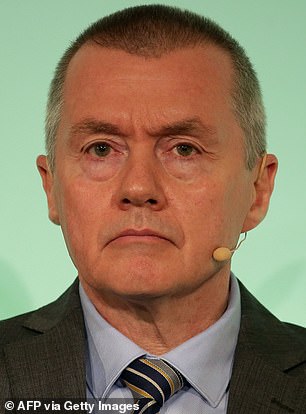 He said: ‘You would have thought investors would have wanted managerial stability in 2020 of all years, given the challenges thrown at companies from all angles.

‘A number of the changes had been announced or come into effect before the pandemic swept around the world and ushered in a recession which blew many best-laid corporate plans off track.

‘In some cases, managers did stay on for longer than originally planned, to help their charges through the crisis, including Willie Walsh and Dave Lewis, but the number of changes has piled up as the year has gone on.’

A further two changes in chief executive and nine more in the finance chief role are also pending, Mould said.

They include Admiral boss David Stevens and Lloyd Banking Group boss Antonio Horta-Osorio, who are all due to leave in the spring.

Mould likened the average tenure of five years to English footballer Jack Charlton’s famous dictum that: ‘No club manager should hang around for more than five years, on the grounds that the boss and players would both go stale beyond that’.

The longest-serving chief executives of the Footsie are Lord Wolfson, who has served nearly 20 years as boss of the fashion retailer Next, Ocado head Tim Steiner, who has run the company since founding it 19 years ago, and Homeserve boss Richard Harpin, who founded it 17 years ago.