Blue Planet is crowned the best TV programme of the year

With bird-eating Giant Trevally fish and surfing dolphins, it is the spellbinding nature programme which had 10.5million viewers glued to their armchairs.

So it will come as no surprise to viewers that Sir David Attenborough’s Blue Planet II has been named the best TV programme of 2017.

The seven-part sequel to the 2001 series beat tough competition for the number one spot, including fast-paced thrillers and period dramas, to become the first nature programme crowned the winner by television bible Radio Times, based on its own critics’ reviews.

The programme drew in almost double the number of viewers as the runner up – Line of Duty series four – which had an average audience of 5.7million.

Meanwhile Peter Kay, who announced last month he was cancelling his upcoming tour due to ‘unforeseen family circumstances’, came in sixth place with his comedy Car Share which focuses on two employees who have to take part in a company scheme. 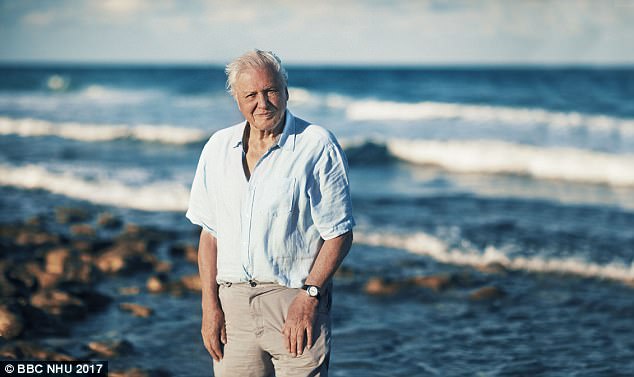 The fast-changing landscape of TV-watching is reflected in the list, with streaming services continuing to compete with traditional broadcasters. Netflix has two shows in the top 20 – the same as ITV.

The Crown came in at fourth place while the American giant’s sci-fi drama Stranger Things was ranked number 18.

Meanwhile, the final series of ITV’s Broadchurch grabbed seventh position and another of the broadcaster’s crime dramas, Unforgotten, was number 19.

BBC1’s Doctor Foster, which came in second place following the release of series one in 2015, dropped seven places with its second series. 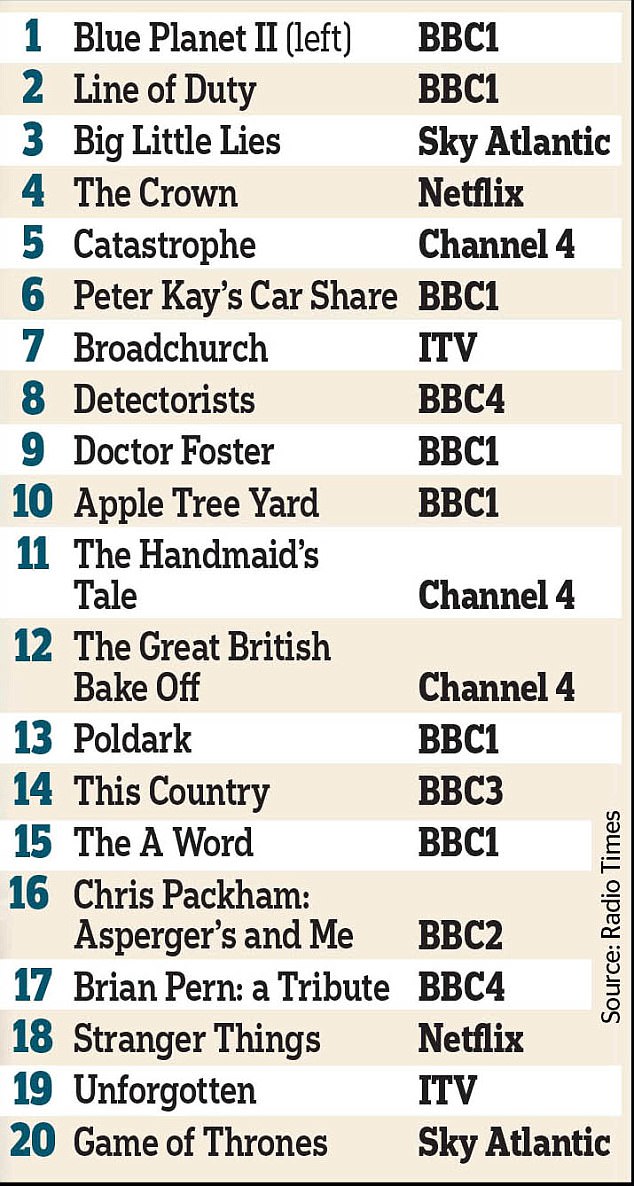 And the first season of The Great British Bake Off since it moved to Channel 4 missed out on the top 10 this year. The show fell two places compared with 2016, coming in at number 12.

As well as showing us stunning seascapes, Blue Planet II tackled pressing issues such as the devastating amount of plastic in our oceans in its hour-long Sunday night slot.

It was created from 6,000 hours of underwater footage, some of which was filmed 3,000ft below sea level, and took four years to produce.

Earlier this year Planet Earth II, which had an average of 9.7million viewers, was awarded TV Bafta’s for Specialist Factual and Must-See Moment – indicating that Blue Planet II may be in the running for accolades next year.

On New Year’s Day a 90 minute special which picks out the highlights from the series will air on BBC One at 3.30pm.