One of the UK’s leading technology companies has been snapped up by a US private equity shark – landing a trio of senior figures at the firm more than £130million.

Blue Prism has agreed to be taken over by Texas-based Vista Equity Partners for £1.1billion as yet another UK company falls into foreign hands.

But the tie-up has caused outrage, with Vista brazenly warning that there will be job cuts following the deal, while the firm’s current headquarters in Warrington is also under threat. Critics slammed the plans, branding it ‘private equity at its worst’.

Details from the offer document shows that Vista will merge Blue Prism with Tibco, a Silicon Valley-based data analytics firm it bought for £3.1billion in 2014.

This will result in 10 per cent of the 4,750 employees of the merged companies being axed. Blue Prism currently has 1,000 staff worldwide.

Once the deal is completed, Vista said it would ‘explore the potential sale’ in the enlarged Tibco, which ‘may happen within the next 12 months’.

Vista also refused to commit to Blue Prism’s headquarters in the UK, stating that it will ‘evaluate the best location for the functions of the combined group’s operations’.

Kingdon, a 59-year-old serial entrepreneur who joined Blue Prism in 2008, said: ‘Vista and Tibco recognise the strength of what we have built and the exceptional products and services we provide our customers. 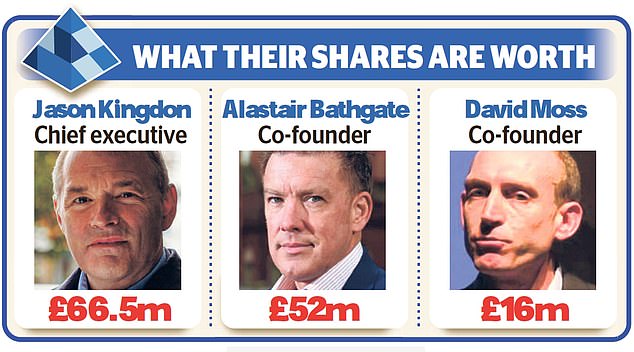 This is testament to the hard work and dedication of all Blue Prism team members over the years. Combining with Vista and Tibco will ensure we remain at the forefront of the next generation of intelligent automation.’

Lord Vinson, who co-founded the Centre for Policy Studies with Margaret Thatcher, said: ‘This is private equity at its worst.

‘It is absolutely endless and can’t go on. These companies are continually being taken over without good cause.’

Vista is run by US businessman Robert Smith who founded the private equity firm in 2000. Smith is one of the world’s wealthiest financiers with a fortune of £5billion, according to media company, Forbes.

The deal is a hammer blow for the UK tech industry which is trying to establish itself as a global hub.

The UK market has been raided by overseas predators this year with cyber security company Avast agreeing an £6billion deal with NortonLifeLock.

Others to be approached by private equity include supermarkets Asda and Morrisons, security group G4S and defence firm Ultra Electronics. 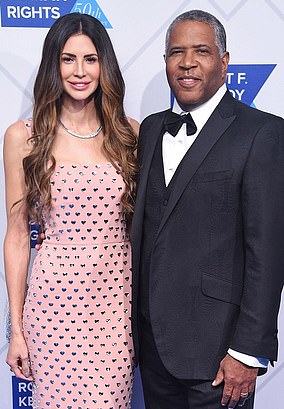 The man behind the buyout of Blue Prism is controversial American tycoon Robert Smith who founded Vista in 2000.

Denver-born Smith, 58, is one of America’s most prominent black businessmen and also one of its wealthiest.

His fortune stands at £5billion, according to business magazine, Forbes.

Vista has a history of buying assets in the UK and then merging them with rivals.

In 2012 it snapped up London-listed software firm Misys, which it then went on to combine with Canada’s D+H.

But Smith’s reputation was tarnished last year when he faced an inquiry over a failure to pay US taxes on £148million in assets, intended for US charities, that were transferred through offshore entities.

In October last year Smith reached an agreement with the Department of Justice, agreeing to pay a fine of £102million.

Smith is also known for his lavish personal life, and in 2015 he married Playboy model Hope Dworaczyk, 36, in an over- the-top ceremony on Italy’s Amalfi Coast where musicians Seal and John Legend performed.