These barbaric pictures show dogs tearing into a boar during a sick death match police say was attended by hundreds of spectators.

Officers are hunting the organisers – who pitted a pack of mastiffs against the wild animal – after the scrap in a field near Hanoi, Vietnam, was advertised to fans online.

The gruesome fight was filmed by a witness who captured baying crowds encouraging the hounds to rip into the squealing boar.

The dogs quickly attacked the animal without encouragement, inflicting violence as soon as their owners released them After the mastiffs laid into the wild boar, their owners urged them to keep up their attack and inflict even further violence

As soon as the boar is let out of a small cage the dog’s owners let them go. The savage mastiffs immediately rush over and attack the boar, which squeals in pain and surprise.

Crowds of people are seen chasing the action, egging the dogs on to ever greater violence. A pack of hounds was pitted against the boar as a witness captured the horrific scenes in a field near Hanoi, Vietnam

The mastiffs bring the boar down in a ditch, where it is heard squealing and snorting in agony. They are thought to have killed it there.

Animal expert Vu Ngoc Thanh was quoted in local media as calling the event ‘barbaric and uncivilised’. He added: ‘Where is the humanity in this?’ 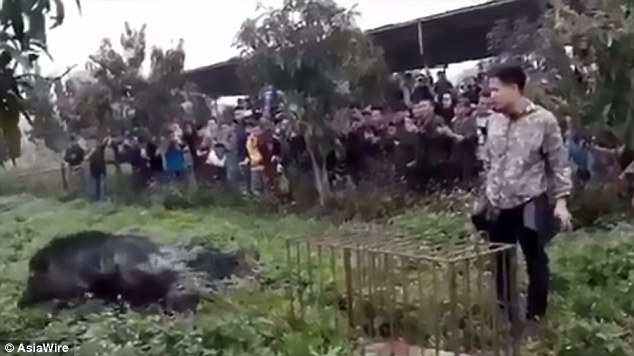 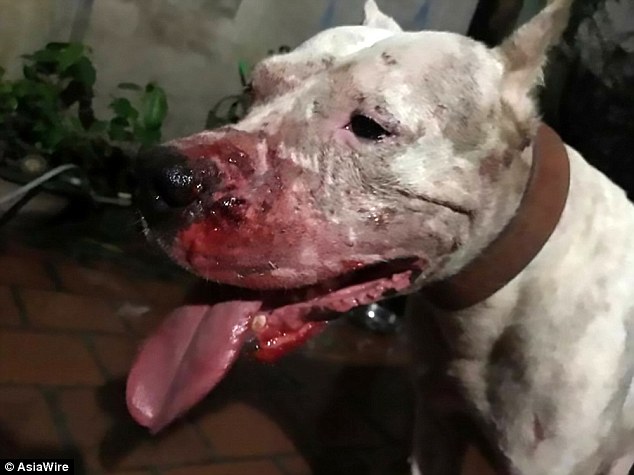 Animals Asia animal welfare officer Nguyen Tam Thanh agreed that such staged fights between animals should not be seen in a civilised country.

He warned: ‘This is intentional animal abuse, and should this case be overlooked, it will certainly create a precedent for future cases.’ 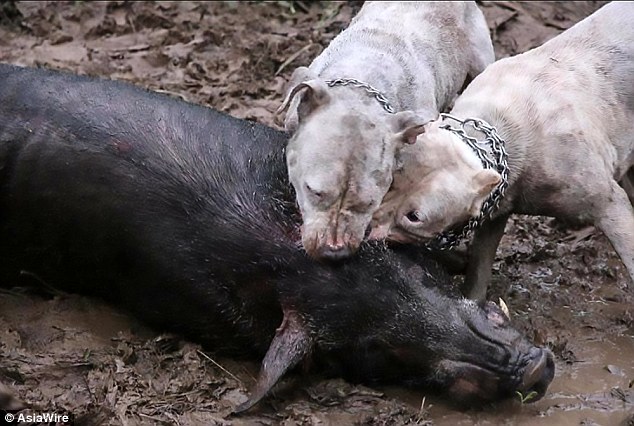 Hounds ink their teeth into the boar’s neck, easily bringing the beast down as fans gathered outside to witness the sick fight 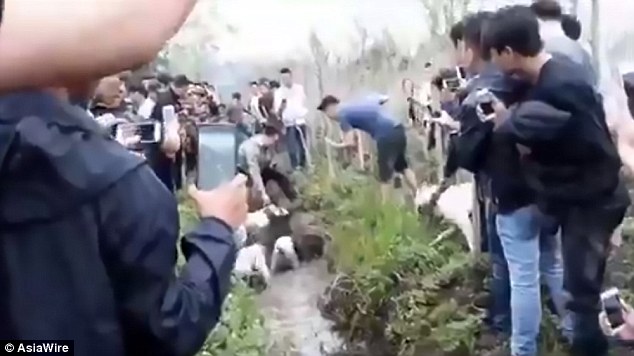 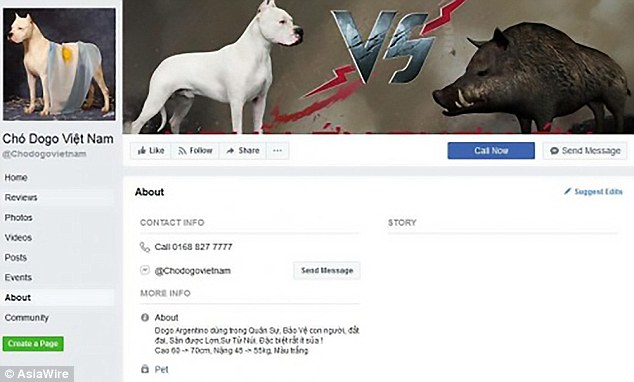 Despite the video showing a large crowd gathered to watch the fight, police said it had been organised spontaneously.

But they said they were trying to find the people responsible. The public mood in Vietnam appeared to be swaying away from animal cruelty as entertainment, with traditional buffalo fights now fiercely opposed by animal rights activists.