Three people who fell overboard and spent almost three hours in rough weather conditions off the Western Australian coast are lucky to be alive, police say.

Two women aged 24 and a man, 30, were on a boat returning from a day trip at Rottnest Island when they fell overboard four nautical miles west of Swanbourne on about 8pm Saturday.

Police said the trio were not wearing life jackets, despite the vessel being equipped with all required safety equipment.

Three aircraft and nine vessels were involved in the large scale search and rescue operation, which took two-and-a half hours.

The trio were rescued and taken to Fremantle, and then to hospital where they were treated for exhaustion and hypothermia.

‘It could have quite easily gone very tragic, I guess one of their saving graces was they were quite young and fit,’ Water Police Acting Sergeant Alan Trist told the ABC. 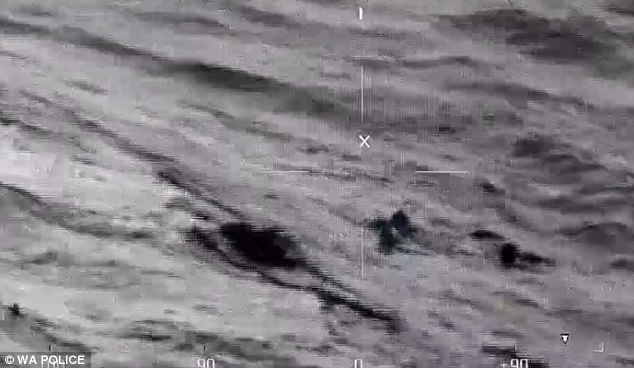 Three aircraft and nine vessels were involved in the large scale search and rescue operation, which took two-and-a half hours

Western Australian Police posted video footage on its Facebook page from the Police Air Wing’s helicopter, which captures the final moments of the operation as the rescued trio climbed aboard one of the vessels that was searching for them.

‘The weather conditions were rough, and the three people are lucky to have survived for the 2.5 hours it took to find them,’ the police post states. 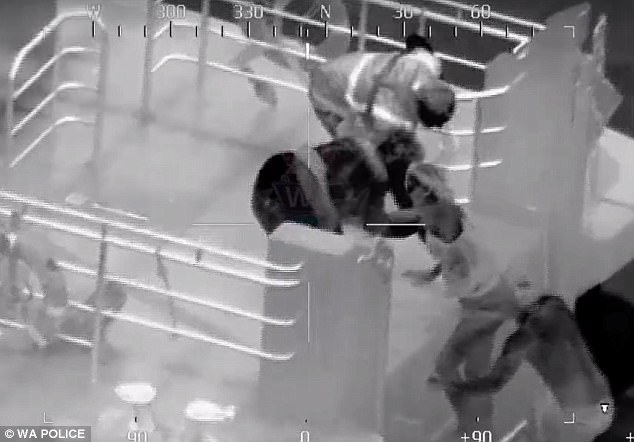 Two women and a man were rescued and taken to Fremantle, and then to hospital where they were treated for exhaustion and hypothermia

The rescue operation renewed calls for the wearing life jackets to be made mandatory in Western Australia.

‘While the vessel they were on was equipped with all the required safety gear, no one was wearing a life jacket. The life jackets would have made them easier to see, and would have helped them stay afloat longer if needed,’ the police post stated.

The public paid tribute to the rescuers.

‘Do these three realise how freaking lucky they are ? Well done all involved in finding them and saving an awful knock on families’ doors,’ one woman posted on the Western Australia Police Facebook page.

Another added: ‘Well done to all rescue teams – a happy ending for what quite easily could have been a triple tragedy.’

The Department of Transport and Marine Safety will investigate the incident.