Human remains believed to be those of UFC heavyweight fighter’s missing stepdaughter Aniah Blanchard, 19, were discovered this morning in Alabama.

The body was found on Monday in Macon County, more than a month after Blanchard was last seen alive at a convenience store in Auburn.

‘I can confirm that human remains have been found and we have good reason to suspect they are that of Aniah Blanchard,’ said District Attorney Brandon Hughes to News 3.

A body believed to be missing Aniah Blanchard (pictured) was found this morning in Macon County, Alabama 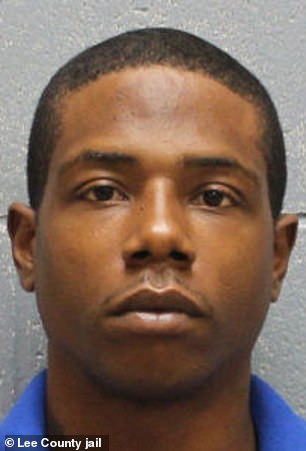 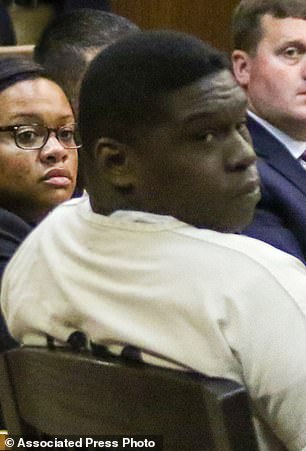 Antwain Shamar Fisher, 35 (left), is accused of hiding evidence and driving Ibraheem Yazeed (right) around at the time of 19-year-old Aniah Blanchard’s disappearance

Blanchard’s family were said to have been notified of the grim discovery.

The remains were located off Highway 80 in Shorter, Alabama, located halfway between Auburn, where Blanchard was last seen alive, and Montgomery, where her damaged and bloodied SUV was found.

According to a statement from Auburn Police, officers acting on a tip arrived at a wooded area in the 38000 block of County Road 2 at around 10.45am.

‘After a brief search by Investigators they located what appeared to be human remains several feet into the woodline,’ the press release stated.

Earlier today, a second suspect arrested last week in Blanchard’s case has been accused of disposing of evidence.

TIMELINE OF EVENTS IN BLANCHARD CASE:

October 23: Aniah Blanchard, 19, is last seen on surveillance video at a convenience store on South College Street in Auburn, Alabama

October 31: Police confirm Blanchard’s blood was found inside her SUV and it appeared she had suffered a life-threatening injury

November 6: Police appeal to the public for help in identifying a person of interest seen on surveillance video inside the same Auburn convenience store on the night of October 23

November 22: Antwain ‘Squirmy’ Fisher, 35, is arrested on kidnapping charges for allegedly helping Yazeed by getting rid of evidence and driving him

November 25: Human remains believed to be those of Blanchard are found in Macon County, halfway between Auburn and Montgomery

Antwain Shamar Fisher, 35, of Montgomery, Alabama, who has a murder conviction stemming from an unrelated case, was taken into custody on Friday on first-degree kidnapping charges in Blanchard’s disappearance last month.

In an arrest warrant filed with the court Monday, police said Fisher helped Yazeed by disposing of unspecified evidence and chauffeuring him around.

Fisher, who goes by the nickname ‘Squirmy,’ was denied bond because of his lengthy criminal history, which includes a felony murder conviction. He is due back in court on December 18.

Blanchard was last seen on October 23 in Auburn. Her stepfather is UFC fighter Walt Harris of metro Birmingham. The college student remains missing.

Court documents quote a witness as saying he saw Yazeed force Blanchard into a car.

He was arrested on November 7 after authorities received a tip that he had been spotted near Interstate 10 in Escambia County, Florida.

Two years later, Fisher pleaded guilty to felony murder and was sentenced to 20 years in prison, of which 17 were suspended, followed by three years of probation.

Fisher’s attorney countered by pointing out that the 35-year-old is a married father of four who remained in Montgomery and was arrested at home. 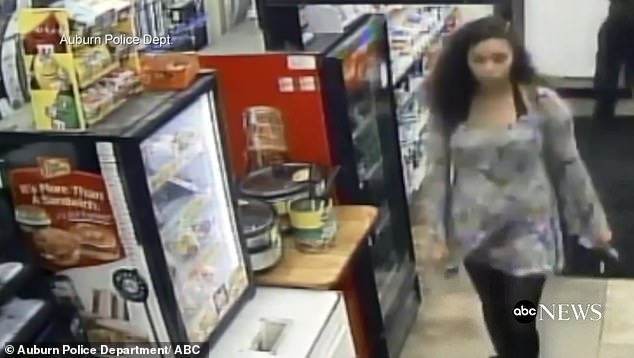 Blanchard was last seen at a gas station convenience store the night of October 23. She is seen here on the store’s surveillance video 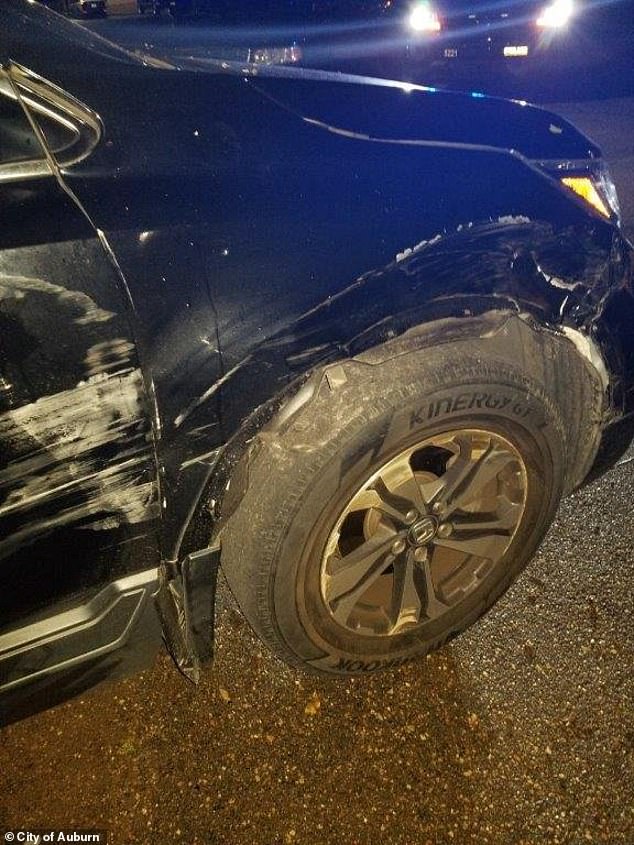 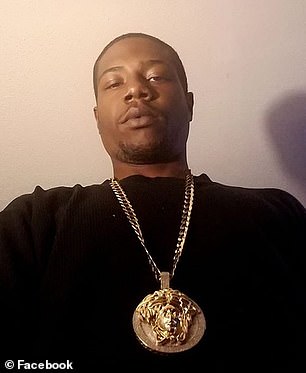 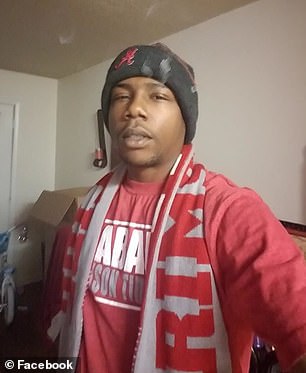 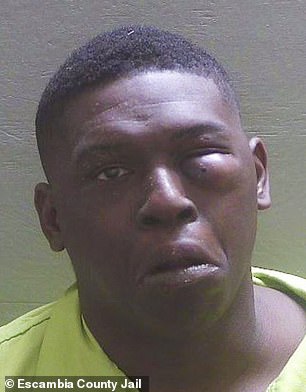 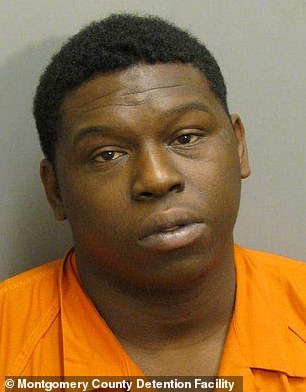 Yazeed was arrested in Florida and returned to Alabama. He is pictured here at left in November 7 mugshot and at right in an unrelated incident’s mugshot

Surveillance video footage from the night she went missing showed Blanchard at a convenience store in Auburn at the same time as Yazeed.

A witness then told police that he saw Yazeed forcing Blanchard into her own car – a black 2017 Honda CRV – and kidnapping her.

Blanchard’s car was found abandoned more than 50 miles away at an apartment complex in Montgomery two days after she went missing.

Auburn police Detective Josh Mixon said Blanchard´s blood was found in the car, and it appeared she had suffered a life-threatening injury. 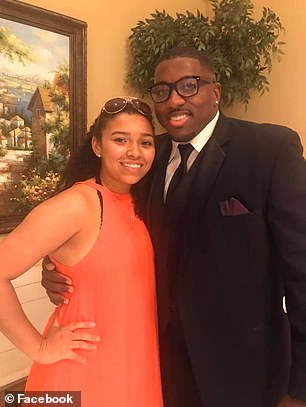 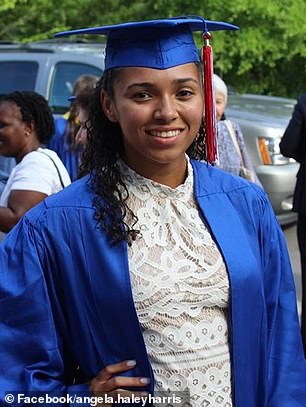 Blanchard (in orange and at left) is the stepdaughter of UFC fighter Walt Harris (left in black). Harris issued a plea on social media asking people to help find her when she went missing 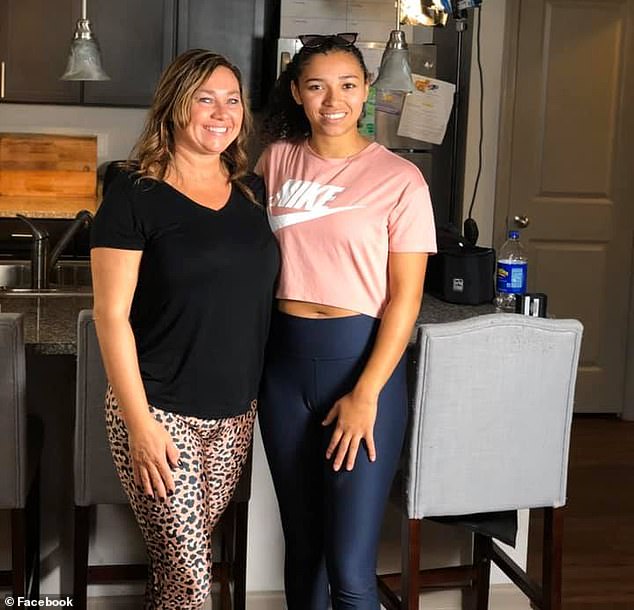 Blanchard (right) and her mother, Angela Harris (left), are pictured in an undated photo 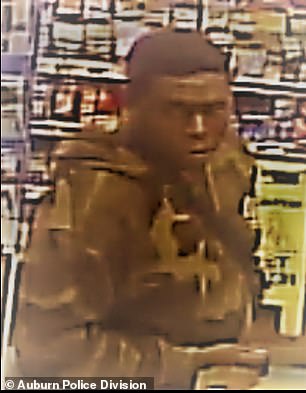 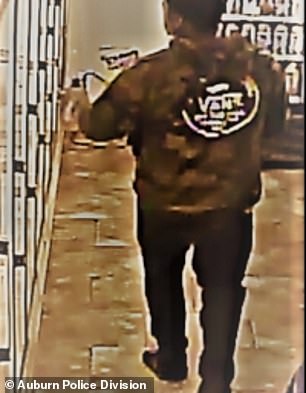 Police also released surveillance video stills of Ibraheem Yazeed, 30 (pictured), who was at the convenience at the same time as Blanchard on October 23 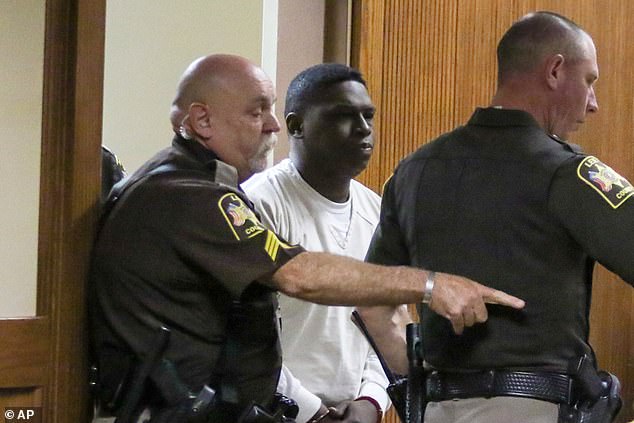 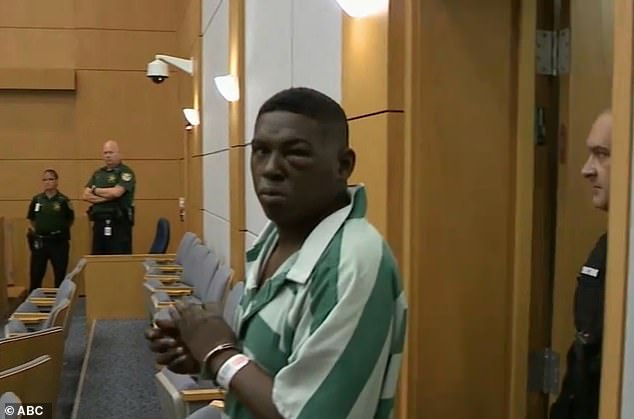 During a court appearance last Wednesday, Mixon said that convenience store video footage showed Yazeed, who was buying a beverage, look over at Blanchard.

Mixon said the witness, who was staying at a hotel near the convenience store, didn’t immediately tell police what he saw after his girlfriend told him not to get involved. He said the witness later cried over his delay in talking to police.

Prosecutors, meanwhile, told a Lee County judge that male DNA was found in Blanchard’s car, and the judge ordered Yazeed to submit a DNA sample.

Lee County District Judge Russell Bush denied bond for Yazeed, who also is charged with kidnapping, and said the case against Yazeed can proceed to a grand jury.

He denied a defense request to have prosecutors disclose the identity of the witness whose testimony is the main evidence linking Yazeed to the girl’s disappearance.

Prosecutors said they wanted to keep his identity closely guarded for his safety.

Defense lawyer Elijah Beaver noted the girl’s parents had done media interviews, including an appearance on the Dr. Phil television show despite a gag order that bars lawyers and potential witnesses from speaking with the media. 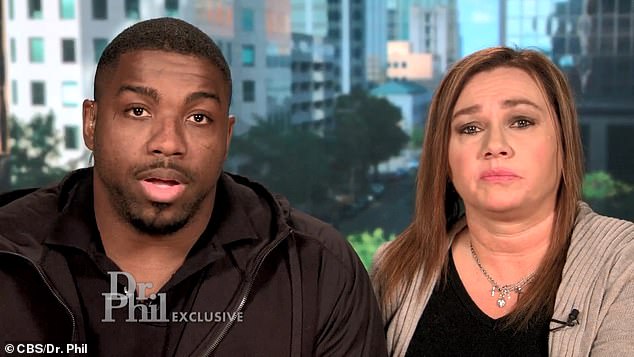 Blanchard’s parents, stepfather Harris (left) and mother, Angela Harris (right) appeared on Dr. Phil in an effort to find their daughter who is still missing

‘Folks are going to remember stuff like that,’ Beaver said.

He said that although he supports a gag order, it should be evenly enforced or the defense should also get to talk to the media.

‘They are grieving parents. They are trying to find their little girl,’ Hughes said.

The judge said he would hold a hearing December 4 on a request from news organizations to lift the gag order.