Police in Salt Lake City on Friday released body camera footage of two officers that killed a 34-year-old man who appeared to hold a victim at knifepoint.

Preece was gunned down by authorities while holding a knife ‘the length of a forearm’ in the victim’s throat.

Cpt. Richard Lewis told reporters during a press conference that the incident happened shortly after 9am when Preece and another unidentified men got into an altercation.

Deseret News reports that officers were dispatched to the Smith’s grocery store after Preece and the other man entered the store to steal some items.

But an argument sparked between them while inside and the disagreement continued after they exited into the nearby parking lot.

In a 911 call made available to reporters, the store employee told authorities that the men appeared to be intoxicated.

‘I think they’re drunk or something. They keep fighting each other in the parking lot,’ the employee says ‘They can’t even walk straight.’

The employee adds that one of the men, later identified as Preece, had a knife and that both men ‘keep turning around like they’re going to come back into the store, and they keep looking over here.’ 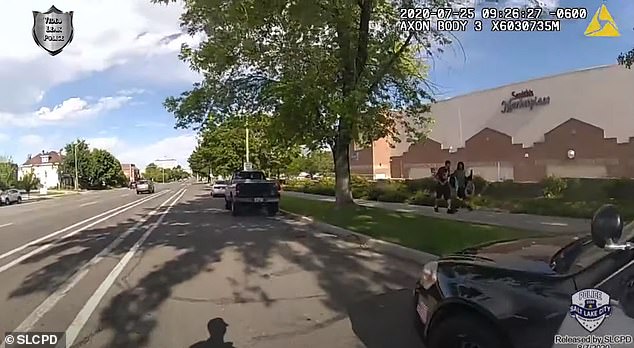 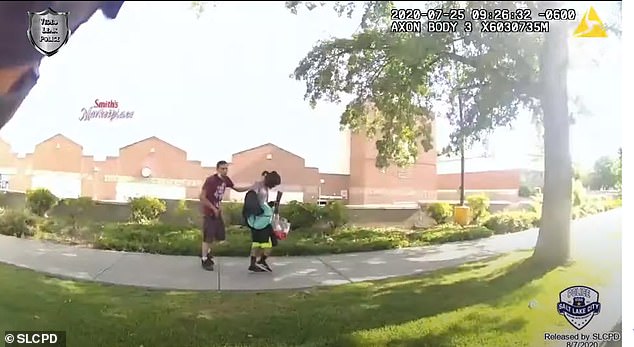 Authorities said Preece held the unidentified victim hostage with a knife, which was described by a store employee as ‘the length of a forearm’

The body camera footage begins when the first Salt Lake City officer arrives to the scene and sees the two men walking down a sidewalk.

Preece appears to have a knife in one hand, while using his other to guide the victim down the walkway.

‘Drop the knife!’ the male officer yells. ‘I will taser you if you won’t stop. Stop right there!’

Suddenly, Preece stops walking and wraps an arm around the other man’s body while holding the knife to his throat.

‘He’s got a hostage!’ the officer says, holding his firearm in one hand and the Taser in the other. 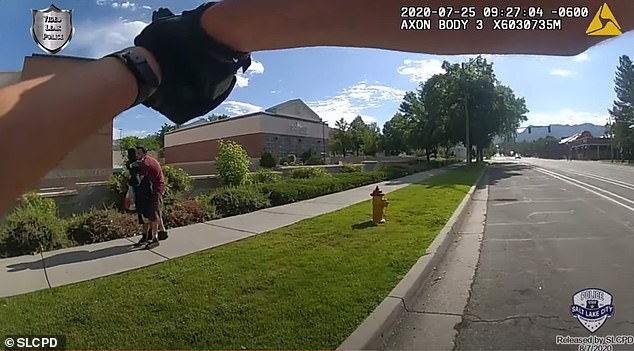 One female officer pleaded with Preece (pictured)  that ‘it’s not worth it’ and  ‘I guarantee it dude, I promise you.’ 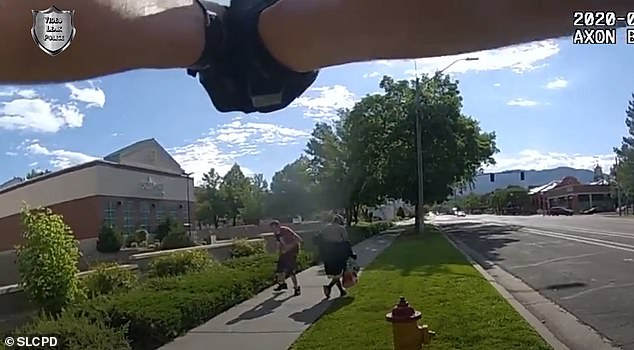 The male officer holsters the Taser as a female officer arrives to the scene, but does not lower his firearm.

Both officers desperately urge Preece to ‘put it down’ as he continues to hold the other man at knifepoint.

‘Dude, it’s not worth it,’ the female officer yells at Preece. ‘I guarantee it dude, I promise you. I don’t make promises I can’t keep.’

When Preece turns his body to face one officer, he leaves part of himself exposed and one officer fires a round.

There’s a short pause before another shot is fired, and then several rounds are fired in rapid succession at Preece.

Preece, injured by the shooting, falls onto the concrete sidewalk while the other man breaks free and run.

Officers fired around 10 shots during the confrontation. The two officers administered medical attention after the shooting, but Preece succumbed to his wounds.

Deseret News report that the shooting will be reviewed by an independent Officer Involved Critical Incident team from a separate police department. 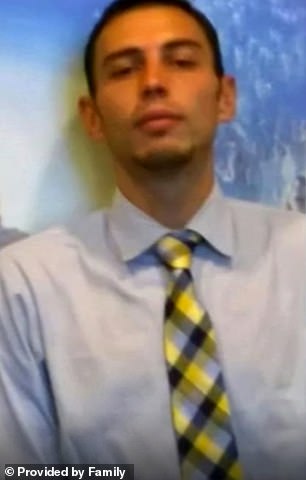 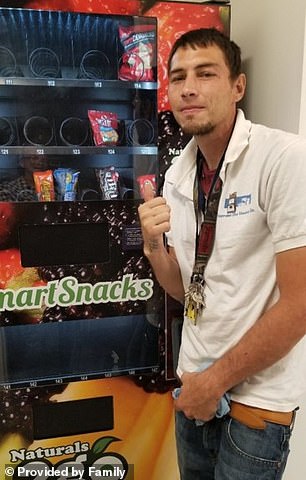 Those findings will be given to the Salt Lake County District Attorney’s Office to determine if the officer-involved shooting is justified.

‘We feel that the actions taken in this altercation was unnecessary. Andrew was not in his right state of mind but he never wanted to hurt anyone. He had a history with law enforcement but that doesn’t make him in any way less of a person,’ they wrote.

‘This could have been prevented by taking a few extra minutes or hour to talk him down if that’s what it would take. In our opinion it did not look like a hostage situation, rather Andrew leaning on his friend for support because it appeared that he was in some way hurt.

‘They should have taken more time to talk instead of shoot and that’s gotta change.’

Before the July shooting, Preece had previous run-ins with local law enforcement.  He reportedly has misdemeanor and felony charges dating back to 2005.

In March, he graduated from a mental health court after being charged with retail theft, which is a class A misdemeanor.

In April, KUTV reports that Preece allegedly robbed a fast-food restaurant just minutes after he was release from police custody for drug charges.

Preece, who at the time reportedly had heroin and syringes on his person, avoided initial jail time because of COVID-19 policies implemented in Salt Lake City.